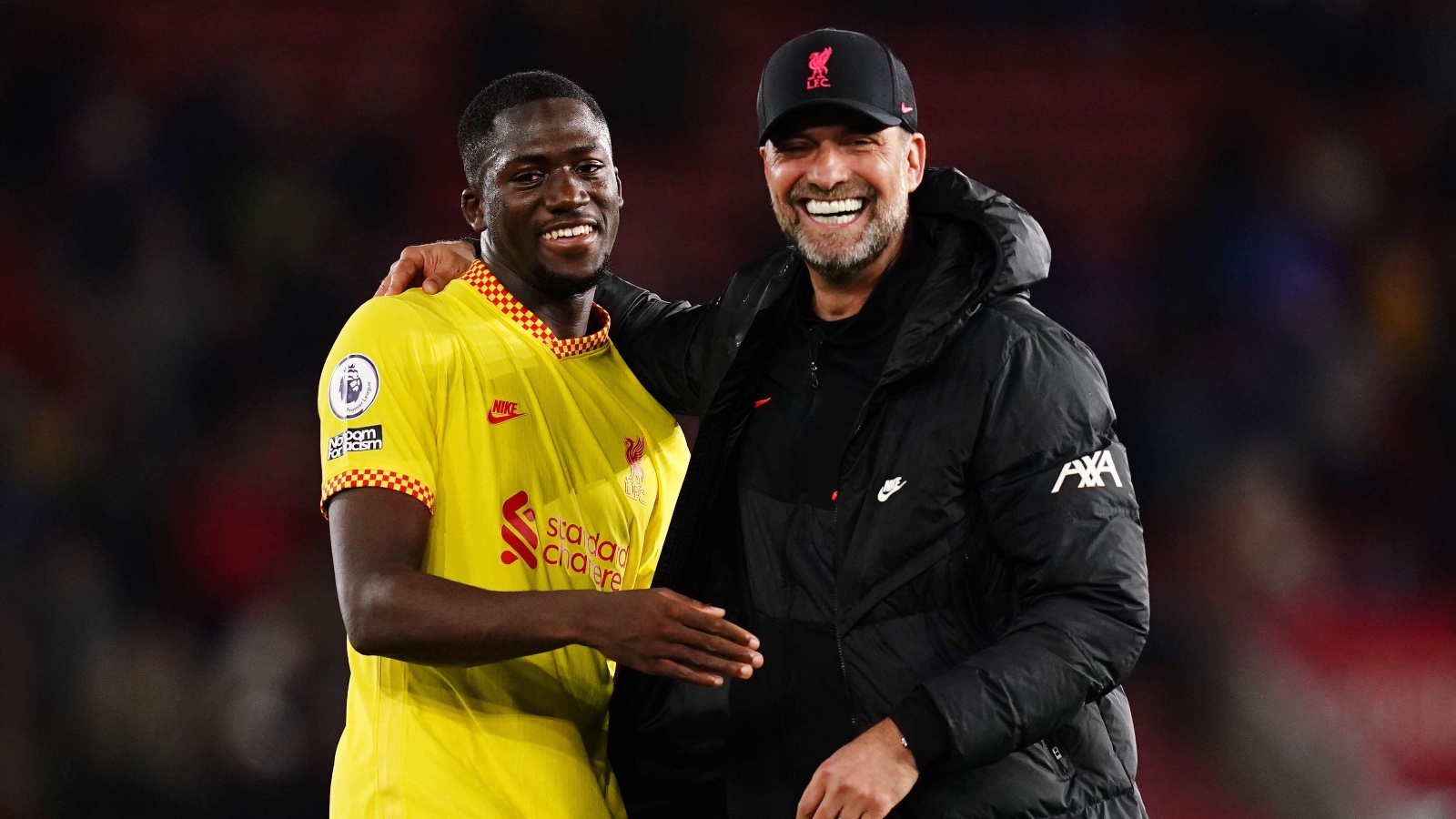 Jurgen Klopp shuffled his pack and even the Liverpool jokers can’t help but win games of football. The Quadruple is still on, folks.

The Liverpool boss was very frustrated at his knackered side being forced to play on Tuesday night, 72 hours after their FA Cup exploits, and he selected his team to face Southampton accordingly.

They couldn’t play on Wednesday because of the Europa League final, but why not Thursday? Well, there would have been even less of a gap than the one he’s just negotiated between the end of that game and their last Premier League fixture of the season. The schedulers weren’t to know the FA Cup final would go the distance; this Southampton game could have been the lung-buster of the two. Klopp would have complained either way.

The Liverpool manager’s only gripe can be with his own team, who are so bloody good at football that they’re still in the hunt for an unprecedented quadruple. Too many games, Jurgen? Stop winning so many of them.

The team selection was a risk. Only Alisson and Ibrahima Konate kept their places from the cup final; it was for all intents and purposes a Liverpool second XI. Klopp was presumably told the majority of those who played on Saturday were in the red zone and couldn’t be risked, but he sure as sh*t would have done had they been neck and neck with Manchester City. He wasn’t quite giving up on the Premier League, but moving most of his eggs into the Champions League basket.

Had Liverpool lost or drawn at St Mary’s, Klopp may as well play the ball boys on Sunday. But they didn’t lose, they won, again; the ball boys probably would too. Despite the nine changes, the hunt is still on.

And Liverpool’s second string were so impressive. Takumi Minamino brilliantly smashed in their equaliser at the near post having played just 86 Premier League minutes from the bench this season. Harvey Elliott buzzed around and threatened throughout in his first start since mid-September. Roberto Firmino illustrated the club’s absurd forward riches with consistently beautiful touches that would have any manager in world football dreaming of having him in their first choice XI.

It’s likely only two of the starters on Tuesday will start the Champions League final and only a few will even feature. Most of them have been on the fringes for the majority of the season and were remarkably cohesive for a group that can’t be used to playing together.

They did go behind, but probably shouldn’t have. Nathan Redmond cut inside Joe Gomez and curled the ball beyond Alisson via a slight deflection from James Milner. But Lyanco fouled Diogo Jota in the build-up and Klopp was as angry on the touchline as he would have been after the game had it cost his side. After that, Southampton barely had a sniff. This makeshift Liverpool side completely outplayed them. They had 75 per cent possession and 24 shots to Southampton’s four.

After Minamino’s fine finish, Jota and Elliott had further chances as Liverpool pressed and forced Southampton into errors. It wasn’t quite the manic, barrage on the opposition goal we’re used to when Mohamed Salah et al. are about, but it was a performance of a similar theme.

The winner was fortunate, as Kostas Tsimikas’ poor corner was bizarrely flicked on by Mohamed Elyounoussi and then flew into the top corner courtesy of a header sandwich between Kyle Walker-Peters and Joel Matip.

But Liverpool deserved it and march on to the final day with the Quadruple still a possibility, thanks to the seldom-used jokers in Klopp’s pack, who proved on Tuesday that they are very much part of this unbelievable team in this unbelievable season.