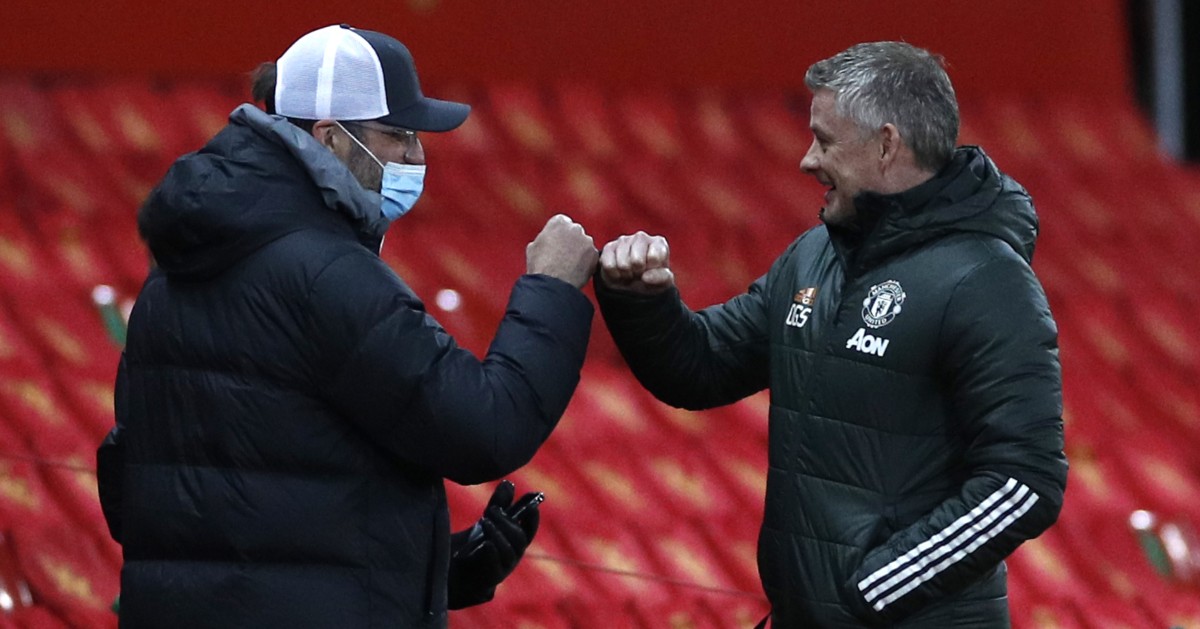 Jurgen Klopp and Ole Gunnar Solskjaer have mastered the charm offensive with fans of their club. Pep Guardiola is yet to find the balance.

Likeability is subjective. You just have to spend five minutes on Twitter to see the breadth of extreme opinions that different people hold. It is impossible to please all the people all of the time, but in some roles you at least have to try.

In the vast majority of industries, likeability is an imperative trait for success. Most of us have experiences of good and bad managers in the workplace and this is often one of the absolute keys in defining performance and job satisfaction.

This came to mind last week when Pep Guardiola seemed to be on a personal crusade to alienate the fans that have given him almost unanimous support since his arrival in 2016.

Maintaining likeability in elite football management is an incredibly difficult balancing act when your stakeholders are the directors above you, the players whose abilities you are trying to maximise and a fanbase that can run into the millions (albeit not in this case, eh Pep?). Outside influences such as the media also often play a significant role in shaping the opinions of those internal factions.

It is the opinion of the fans, though, that is often the most important in maintaining goodwill and not even a manager with the CV of Guardiola should downplay their importance. Fans want to see a positive figurehead for their club. Someone who gives them a team to be proud of on the pitch, but also represents their views off it. Someone who gets them.

This seems to come more naturally to some than others. Jurgen Klopp has an ability to immerse himself into the culture of a club and perfectly represent the views of the vast majority of supporters. Klopp is, of course, a charismatic personality anyway but he doesn’t usually take the fans for granted and makes efforts to understand their views and ultimately convey these publicly. The wonderful recent video of Klopp dealing with the tedious chants aimed at Billy Gilmour with the founder of ‘Kop Outs’ was a perfect illustration of this.

In extreme cases, the likeability of the manager can even transcend supporter rivalry. For better and worse, football will always be a tribal sport, but the personality of some managers ensures their likeability whatever your allegiance. Sir Bobby Robson and Claudio Ranieri, for example, were both so good humoured and humble that it would be difficult to find many bad words said against them.

Other managers concentrate on maintaining their likeability at a specific club. There seems to be an external view of bewilderment from the outside world that most Manchester United fans are so loyal in their backing of Ole Gunnar Solskjaer.

Purely looking as outsiders, it seems like an obvious move to immediately replace him with a ‘winner’ like Antonio Conte. This ignores the fact that Solskjaer earned himself legendary status as a player at the club and has only added to this with his actions as manager. For other supporters, the quote about not parking in Sir Alex Ferguson’s space and the constant references of past glories may appear rather misplaced, but it isn’t for their benefit. Solskjaer may not have won a trophy yet, but he has built an exciting attacking squad and there is a feeling of unity again. Hiring a manager like Conte, who has significantly less inclination to maximise relationships with directors, players or fans, would instantly compromise this.

It also needs to be considered that Manchester United fans have had their fingers burnt by the most polarising manager of the 21st century in Jose Mourinho. When Mourinho took over at Chelsea in 2004, it seemed that they had hired the perfect figurehead. Fans and media alike were immediately enamoured with his confidence and charisma. However, the more supporters got to know Jose, the more tired the act began to feel. Being likeable is something that is far easier to obtain than maintain. It looks like he is enjoying another honeymoon period in his safe haven of Italy, but it will be fascinating to see the views of Roma fans in 18 months.

If Pep is looking for an example of how to appeal to no stakeholders at all, he needs to look no further than Steve Bruce at Newcastle. His quotes last week – “Do you not think I want better players?” – certainly backs up his assertion that he will not be “everybody’s cup of tea” but just who is taking their brew a la Bruce now? Rafa Benitez showed him how to unite Newcastle’s fanbase but Bruce seems to have completely ignored this and is apparently on a mission to repel even his biggest sympathisers in the media and boardroom.

For Guardiola, this is an absolutely key period for his management of Manchester City. He may not immediately acknowledge it, but he has bridges to build now with the supporters. He has had extraordinary success domestically and has conclusively overcome all the cynicism about how his style would adapt to the Premier League. He has earned the respect and adulation of Manchester City supporters on the pitch.

This unfortunate public squabble has, however, caused a completely unnecessary rift and Guardiola must go back on the charm offensive. He needs to stop interpreting how he thinks the supporters should act and start understanding why they act the way they do. Hollow attempts at re-establishing a connection with the fans by saying he is “guilty” they failed to put on “a show” against Southampton won’t suffice.

His achievements in Manchester can be interpreted in two ways and it is your views on the man himself that will probably define that. Rather than being the manager that has won countless trophies and evolved the way in which football is played in this country, Guardiola can equally be dismissed as the coach who has spent nearly a billion pounds and still not won the Champions League.

The situation is by no means irredeemable, but Guardiola’s natural stubbornness needs to take a back seat. He needs to remember how important it is to have the supporters on side like Klopp and Solskjaer. He needs to become likeable again.