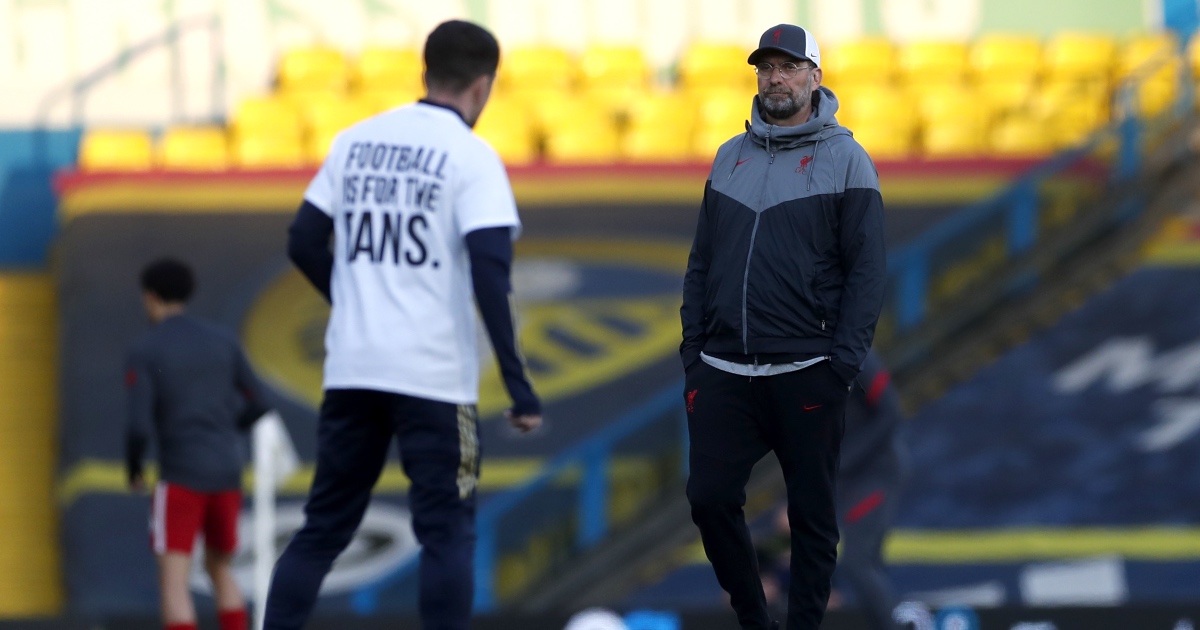 Some may call him petty, or churlish, a hypocrite, even ill-mannered; the mask of ebullience has undoubtedly slipped this season. But said character defects can be excused as the unlikeable side-effects of a winner (or a bad loser). They may make you think twice about an impromptu game of Kerplunk, or insist that you’re the banker in Monopoly; they may even stop you from inviting Jurgen Klopp to your board game afternoon altogether. But they don’t make you question the courage of his convictions.

Why are we pretending Jurgen Klopp ‘came out fighting’?

He’s the man of the people who said: “My political understanding is this: if I am doing well, I want others to do well, too.” He’s the embodiment of ‘This Means More’ – managing his club with that motto in mind while the owners sh*t all over it. The man dead set against the idea of a European Super League in 2019.

“I hope there will never be this Super League. With the way the Champions League is now running, football has a really great product. Of course, it’s economically important, but why should we create a system where Liverpool can play against Real Madrid for 10 years in a row? Who wants to see this every year?”

Monday was a real opportunity for a Churchillian speech to lead the call to arms Jamie Carragher and Gary Neville were crying out for in the Sky Sports studio. Of course it’s not Klopp’s fault; it’s unfair to expect it of him minutes before a Premier League game. But that also makes it the perfect time and he’s absolutely the man for the job.

Loved by many, disliked by some, respected by all, he’s the icon of one of the chief conspirators in this horrific, backhanded ploy to take football away from the fans – there would be no voice more powerful and what he said fell short of the hard stance necessary with the future of the game at stake.

“My opinion hasn’t changed. I heard about it for the first time yesterday while we were trying to prepare for a very difficult game against Leeds United. We got some information but not a lot to be honest. It’s a tough one, people are not happy with it and I understand that but I can’t say a lot more because we were not involved in any processes – not the players, not me, we didn’t know about it. The facts are out there, and now we have to wait to see how it develops.”

He went on to say that he “likes the competitive factor” that would be stripped away by the European Super League before complaining about the ‘Champions League: Earn It’ t-shirts Leeds has organised for them to wear in the warm-up. At no point did “he go out against his owners on national television”, as Neville claimed afterwards, presumably in an attempt to manipulate the media into producing ‘Klopp blasts Liverpool owners’ stories that the German’s actual comments didn’t warrant. It was a timid response from the most passionate figure in the Premier League. 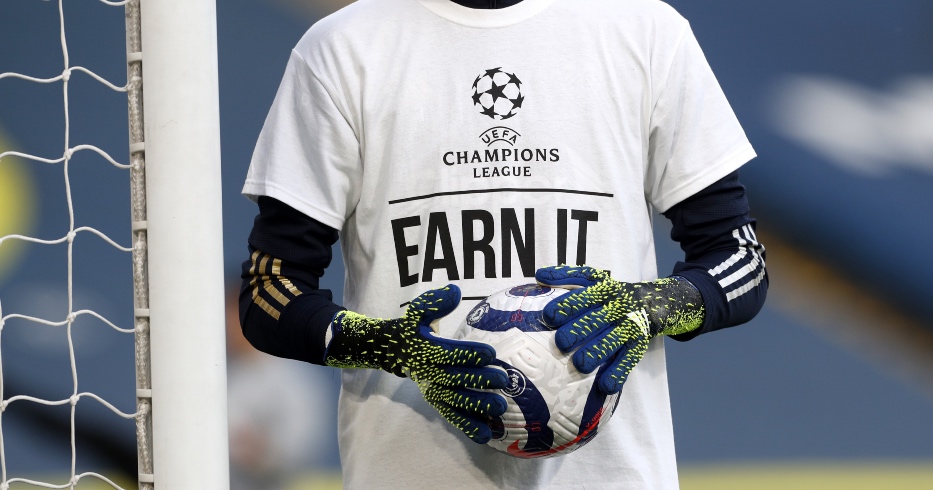 Let’s make it clear – he didn’t backtrack or go against his previously held views. Klopp does not want the European Super League to be a thing, he said more than Thomas Tuchel in opposition to it and perhaps more than any of the other managers of the B** S** will say about it. He just could have said so much more.

What’s he got to lose? His job? If Liverpool are heading into the ESL he would surely be off anyway – a return to Germany is looking more attractive by the day. The support of the fans? They would love him even more for castigating the owners they now hate. The desire of the players in a race for Champions League qualification? It probably won’t matter and the thought of Liverpool players not doing their all for Jurgen Klopp is utter nonsense. The backing of the owners? Well…  F***. Them.

Now, more than ever, we must protect the entire football community – from the top level to the grassroots – and the values of competition and fairness at its core.

I share the concerns of fans about the proposed Super League and the damage it risks causing to the game we love. W

As Carragher and Neville said, this isn’t just going to go away – this will be a war and we need to fight for what we hold so dear. Their impassioned monologues along with those of other pundits are one thing, Prince William’s public ‘concerns’ clearly help, as do Leeds’ statements and the various marches, banners and boycotts that are inevitably to come. But we need someone on the side of the evildoers to call them out on their bullsh*t, because the evildoers themselves won’t say a goddamn thing.

Jurgen Klopp can still be that man – our leader in the war on anti-football. The man we need him to be.