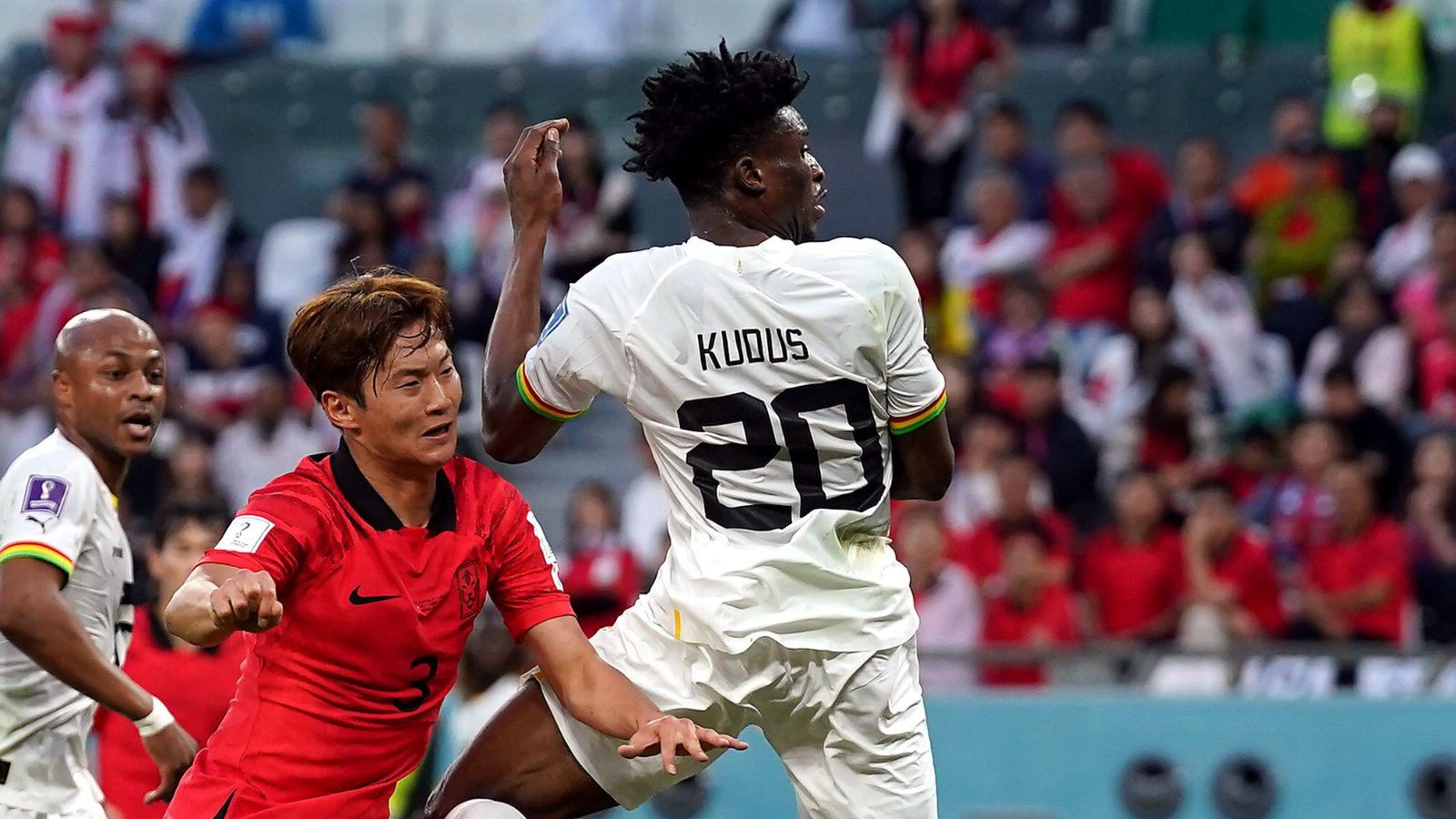 Everton’s scouts deserve a pat on the back for recommending Mohammed Kudus, but the jewel in Ghana’s crown belongs on a much higher platform…

It is not often a player answers their own question five days later.

“I thought it was a good project for me and why not?” Mohammed Kudus said last week when asked about summer contact from Everton and Frank Lampard.

Ten goals from 21 games for Ajax this season while most often being deployed in a position he himself doesn’t consider his most optimal has already presented a compelling counter argument. Strikes against Liverpool, Napoli and PSV should be proof enough that such a phenomenal talent is currently in the best possible place for his requirements. The alternate timeline prospect of a Premier League relegation battle is pretty convincing, too.

But if Kudus was still in doubt as to whether Everton really was the best career option at this and indeed literally any time in history, his World Cup debut ought to have confirmed otherwise.

There might have been residual frustration from the opening match. It was Kudus’ assist, nutmegging Danilo as he squared for Andre Ayew to score, which gave Ghana a route back against Portugal. Otto Addo’s curious decision to promptly substitute the 22-year-old then handed the initiative straight back; Joao Felix made it 2-1 a minute later in an eventual Black Stars defeat.

The Ghana head coach at least waited until his crown jewel could put them 3-2 ahead against South Korea before taking him off this time. It is definitely a better tactical approach, although letting Kudus play the full 90 minutes should perhaps be explored at some point.

In this meeting of the two main World Cup semi-finalist Sporcle stumbling blocks – South Korea did make the final four that one time but Ghana didn’t – momentum swung with reckless abandon. South Korea were dominant early on, even if they only managed to translate that into seven corners which seemingly all committed one of the sport’s gravest sins of failing to clear the first man.

There was a tangible excitement whenever Heung-min Son was in possession, the crowd obviously made up of fans who have only attended one Tottenham game this season.

But completely against the run of play, Ghana took the lead. A stunning Jordan Ayew free-kick – after a feint from Kudus – capitalised on a strangely deep South Korean defensive line and Mohammed Salisu poked the ball in after the ensuing panic.

The goal galvanised Ghana and stunned South Korea into a collective stupor, much like witnessing Jordan Ayew doing something good should.

South Korea, whose 19 crosses against Uruguay included only two which found their Opta-defined target, slowly worked their way back into the game. They ended with 46 crosses: that 17 were accurate on this occasion summed up the difference in their attacking fortunes.

Twice in three minutes, Ghana’s right side was exposed. Tariq Lamptey offered scant resistance as Lee Kang-In and then Kim Jin-Su whipped balls into the box. Cho Gue-Sung ghosted by Salisu to nod the first in and half the deficit, before absolutely thundering a second header to equalise.

The second truly was a thing of beauty: there were seven Ghana players in their own penalty area but only Cho displayed an ability to actually jump. And boy did he. He made such a connection with his header that it seemed to knock Lawrence Ati-Zigi backwards and over his own line – although it did not help that the Ghana No. 1 plays as if the only video of goalkeeping he has ever seen was David Seaman against Ryan Giggs in the 1999 FA Cup semi-final replay.

The wise money would have been on South Korea to continue that trajectory and find a winner but it was Ghana who endured. Seven minutes after having their lead wiped out, Gideon Mensah worked himself into space on the left and played a simple ball to the unmarked Inaki Williams. So atrocious was his spectral finish that it went down as an assist, his air-kick almost imperceptibly redirecting the ball’s course into the path of Kudus, who slid the ball past Kim Seung-gyu.

Addo waited another quarter of an hour before deeming it safe to remove the 22-year-old for centre-half Alexander Djiku, showing a keen understanding for the upcoming assignment: from the 84th minute onwards, South Korea attempted 21 crosses in search of another equaliser.

It did not come, crowning Kudus as the deserved match-winner of another wonderfully ridiculous game, and establishing that Everton’s scouting network is in fine working order, while simultaneously shattering the chances of them and pretty much any team outside the established elite signing him. The profit Mohammed belongs at the top.