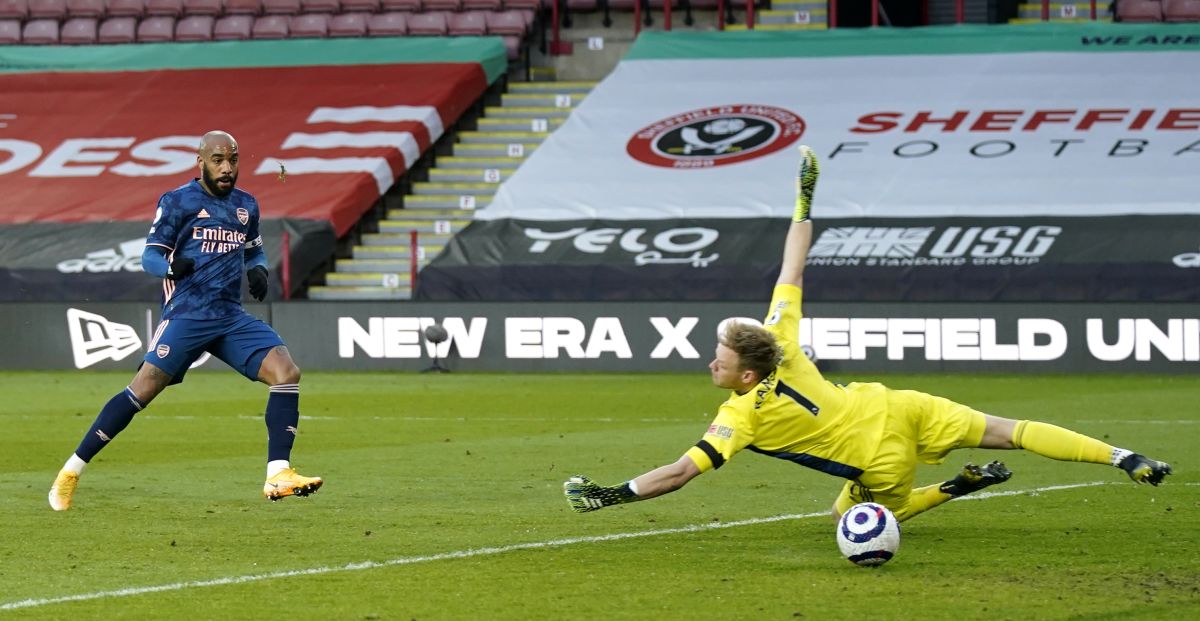 All encouraging Arsenal performances come with many, many caveats – they turn corner after corner yet still haven’t arrived anywhere decisive – and any wins over this sadly limp and lifeless Sheffield United side come with even more, but this win was badly needed.

It barely matters that the resistance from the Blades was almost entirely token, and that’s for two reasons. One, after another Difficult Week, Mikel Arteta would have taken any kind of win at all. And second, because Arsenal really did play well and were not remotely flattered by a 3-0 scoreline. To heck with the caveats. The goals were dreamy, the first most notably and not least for the sheer Wengerian artistry of the build-up and distinctly Henryish finish from Alexandre Lacazette.

This was also a tremendously useful time for Lacazette to have a truly wonderful game. His second goal was only slightly less good than his first, and took him to 50 in the Premier League. It also makes him Arsenal’s leading scorer for this season in all competitions, a moment of actual and symbolic significance.

Pierre-Emerick Aubameyang’s absence from the matchday squad with what was reported to be the flu and confirmed only as being “unwell” by Arteta could have become the major talking point had Arsenal’s winless run in all competitions since the North London Derby extended to five matches. Had Arsenal had the sort of Arsenal afternoon where their obvious superiority fails to translate into goals – and let’s not pretend there haven’t been plenty of those – that absence would have come under the microscope.

It’s a flimsy looking explanation for the absence of such a high-profile player, isn’t it? The reported but unconfirmed flu aspect almost actively bizarre, given flu is almost entirely absent this year and that the presence of such a respiratory illness in a Premier League bubble would be both eye-catching and alarming. But never mind all that now, lads. Just look at this Dani Ceballos flick to set up Laca. That is lovely stuff.

We’ve seen the best of Aubameyang only in fleeting glimpses this season but he truly wasn’t missed here as Arsenal produced an attacking display full of verve and brio. Playing against Sheffield United certainly looks like a great deal of fun right now, but this is precisely the sort of gift horse Arsenal repeatedly look in the mouth.

There was never any danger of that from the moment that lovely first goal hit the back of the net and by the end Arsenal’s players were thoroughly enjoying themselves. With Emile Smith-Rowe also absent with a more straightforward ankle injury, there was no guarantee the evening would go that way.

Bigger hurdles will still need to be overcome – not least against Slavia Prague on Thursday – if Arsenal’s season is to be considered any kind of success, but this was a game that still needed to be dealt with.

A worrying run of form has been halted. A whole match has passed in which only the good things about this Arsenal side have been in evidence. Another corner has been turned. Arteta, Lacazette and the rest must now just hope it doesn’t lead down another cul-de-sac.