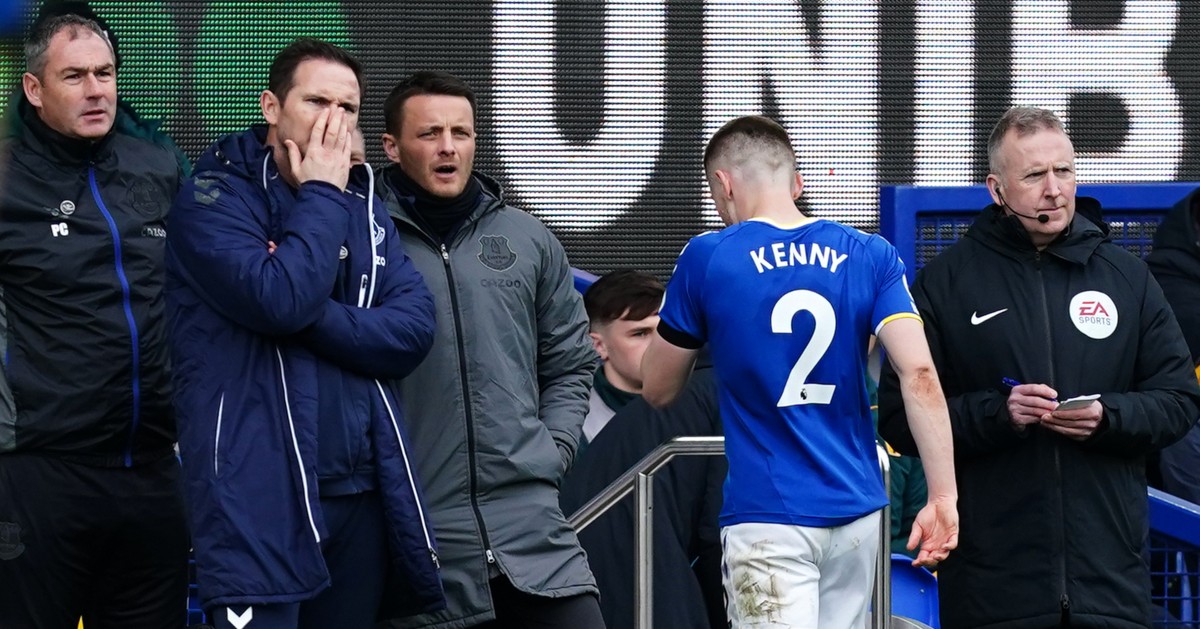 Frank Lampard has been distancing himself from the mess at Everton ever since his first defeat. They need coaching inspiration, not excuses.

The Lampardian Transition will never be beaten but those 12 months out of management seem to have been spent painstakingly developing a new interview technique. In tribute to the irresistible simplicity of the original ‘earnest point, followed by light-hearted point, then a chuckle and back to earnest point’, a month and a half at Everton has allowed a full reinvention of the wheel.

No longer is Lampard indelibly tethered to the viral monster he helped create. His latest method is more fluid, free to manipulate and manoeuvre as the situation demands. Sometimes he is delighted with the opening 15 minutes. Perhaps the start of the second half impressed him. One or two players might be name-checked for praise. A referee could be indirectly accused of corruption.

But there remain constants in the words of a man trying to make sense of the increasing ineptitude and incompetence threatening to engulf him: this decay predates Lampard and he cannot possibly be expected to change it instantly.

“I have come to a situation where we have to get better in a lot of things. I’ve come into the club when they were on a run of results that’s left them in the position we’re in. It’s my job to change that but there isn’t a magic wand on that front,” he said after defeat to Newcastle in his first Premier League game.

“I know they’re good lads, I know they want to react, but sometimes when you’ve been in a hard run of form away from home – and generally before I got here – it’s easy to seep back into,” he claimed after losing to Southampton in his third match, a stirring win over Leeds sandwiched in between.

“If the table doesn’t look great in a couple of weeks, so be it. It didn’t look great when I came,” was the message after losing to Manchester City in his fourth.

“We’re 17th for a reason: before I got here. There’s a clear discrepancy in home and away form, issues that were there before me and don’t take care of themselves overnight. The players understand the gravity of the situation. They understood it before I arrived because they had been on a long run without a win,” said Lampard after a crushing defeat to Tottenham in his fifth league match.

And then to a listless home reverse against Wolves, Everton being outshot and claiming barely one-third of the possession at the same Goodison Park that was supposed to help inspire their revival.

“Myself and the staff came in with the team on a bad run, used to the feeling of losing and not getting points,” said a manager who has already mastered the language of distancing oneself and avoiding accountability.

“That doesn’t turn instantly, it takes a bit of work,” Lampard added on Sunday, echoing his thoughts of 33 days prior, following that defeat to a Newcastle side he is said to have turned down in October. “The only thing to do is to work and to focus, to look back at the game and look forward about what we can do in the next games coming up,” he said then.

With Newcastle next for Everton on Thursday and the Magpies nine points clear of a Toffees side out of the relegation zone on goal difference alone, Lampard had better hope his players sign up for overtime.

Lampard is absurdly consistent. Even his interviews are always the same:
Serious point, light-hearted point [chuckle] but, no, serious point

He is right. This is a mess inherited rather than created by the current captain of a seemingly sinking ship. A cluttered squad compiled by eight different managers has been defensively suspect for months. A muddled boardroom and staff has been executively chaotic for years. A club in constant search for greater meaning and identity has been psychologically self-impaired for decades. The ‘ongoing strategic review into football strategy and operation’ might finally be completed in the second tier.

There would be no shame in admitting, publicly or privately, that the challenge initially presented is both far greater than first thought and something he was never prepared for. The money invested by Farhad Moshiri can dazzle and the lure of history and projects tempted Donny van de Beek and Dele Alli to Merseyside weeks ago. In Dominic Calvert-Lewin, Richarlison, Abdoulaye Doucoure, Demarai Gray and Anthony Gordon, there are rays of genuine, top-flight-worthy hope. Positive results against Chelsea, Arsenal, Manchester United and Tottenham this season were not secured by accident.

But nor were those defeats: four in a row without scoring under Lampard; more overall than every Premier League club bar Watford and Norwich. Everton have scored barely a goal a game while conceding close to two. They are bottom of an away table and 15th based on home results. Individual mistakes are constantly compounded by a collective team frailty. Jonjoe Kenny was sent off for a second yellow card in three minutes against Wolves yet any one of his teammates could have fallen into that trap of indiscipline.

The Tottenham shellacking necessitated a formation switch to a three-man defence that engendered a vague improvement – although the bar set on Monday was dreadfully low. The depth of their attacking plan was to give Richarlison the ball and cross fingers. Wolves merely had to be efficient and organised to coast to victory.

In terms of points per game, Lampard (0.5) now ranks 26th of this season’s 28 Premier League managers, higher than only Daniel Farke (0.45) and Steve Bruce (0.38). Jesse Marsch (1), Roy Hodgson (0.88) and Dean Smith (0.66) have all been more successful after being parachuted into relegation-battling clubs. Eddie Howe (1.56) has waved the same “magic wand” Lampard continues to protest is not available in the Premier League – and it would be foolish to put all that down to money instead of coaching and problem-solving.

Lampard did irrefutably tick one box against Wolves, escorting his players to the Gwladys Street end and thus giving those supporters that had stayed behind enough targets at which to aim their opprobrium. He acknowledged how justified their anger and frustration was. At this stage, he has little other choice.

But the manager’s other words are hollow, meaningless and unhelpful. Everton called the emergency services in late January; Lampard is the police officer giving everyone his alibi instead of taking witness statements, the firefighter insisting he doesn’t even smell of smoke or petrol before bothering to tackle the embers. It is not the time to redirect or absolve blame. Everton need more than someone whose first priority is to sort out their own lifeboat.