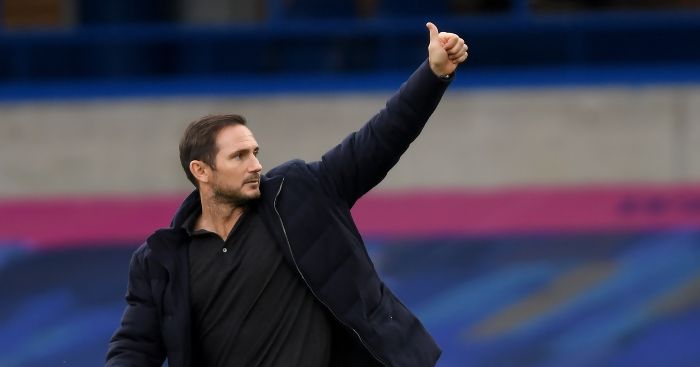 ‘Acres of space’ would not have done justice to the distance between the Chelsea players in the box and Theo Walcott lurking on the edge.

With about as much defence as the air provides between a sword and a bare neck on a slab, the forward sliced down the deathblow in the final minutes of the game at Stamford Bridge on Saturday.

It’s become a running theme. The West Brom match was similar only in scoreline; in this case, against a club who finished 11th last campaign, Chelsea were quite lucky not to lose. While the first half showed the disparity of talent in the players on the pitch, the second highlighted the same but with those on the touchline.

This was another indication of how modern success in football rarely stems from signing big names for mammoth fees; it’s about identity and tactical implementation.

It’s why, despite last season’s 9-0 mauling against Leicester (an overused example at this point, but still), Southampton have rightly been pegged as the dark horses of the league: there is a togetherness and unity which is fastened down by tactical impetus. And it’s slowly breeding success.

“It’s about pressing, hunting, being hungry,” Ralph Hasenhuttl once said. “When you have the ball, find a quick decision, a quick transition to the front. It’s about being emotional, being full of passion. Also, keep the tempo on a high level and don’t slow down the game.”

His footballing blueprint has kept Southampton on a slow upward trajectory. Even in the midst of turbulent form, there is clear reason to hold on; a common goal that is being made all the more visible and close with each passing week; a noticeable steady and sturdy elevation.

Could as much be said of Frank Lampard’s Chelsea, where individuality and only small pockets of brilliance seem to be the solitary positive attributes on show?

All we can ascertain from the 62 games Lampard has presided over at Chelsea is that he prefers to press with his front line – given his attacking options and their gusto, big surprise – and that his defence is about as leaky as a sideways milk bottle in the fridge.

Under Lampard, Chelsea have conceded an average of 1.5 goals per game in the Premier League. It’s the worst rate of any permanent Blues manager. Despite finishing fourth last season, Chelsea conceded the 11th most goals in the league. No team had ever conceded 54 goals and reached the top four in Premier League history before.

The bizarre nature of having a transfer window to address such an issue but leaving it alone and opting to bolster the attack instead speaks of a manager who is either vastly confident he can get the best out of his current players at the back or so unsure of himself he feels only that getting a myriad of goal machines will stand him any chance of success.

If it’s the former, Lampard would have been right in some way. Their defenders are no slouches, despite the narrative laid down recently.

Along with Kepa Arrizabalaga, Chelsea started with a valuable defence against Southampton – and while Andreas Christensen could be improved upon (starting Fikayo Tomori would have surely amended that), there is little to complain about in terms of having adequate players to select; and that’s even if we dismiss the glaring factor that Chelsea’s defence has some of the league’s best holding midfielders protecting them.

Reece James is looking to tip Trent Alexander-Arnold out of an England place, Kurt Zouma, though hardly exceptional, has his moments, and Ben Chilwell’s recent performances indicate Marcos Alonso will remain out of action.

There is a theory that Chelsea’s mishaps are borne out of individual error. But given that 80% of their goals so far this season have been conceded in open play, it puts paid the idea that faults occur merely when the players nod off during vital set-pieces; it actually comes during the flow of a game.

“We have to not give those goals away,” Lampard expertly noted. “We are making individual mistakes in games and it gives other teams chances at all times. It is something we need to get better at.”

Chelsea have bought Edouard Mendy to account for the shocking displays of Arrizabalaga, whose games have somehow been increasingly woeful and ever more painful to witness. Just when you think it couldn’t get any worse, he’s there again lowering the bar with something almost beautiful in its absurdity.

As a BEIN co-commentator quite insightfully commented as he fumbled the ball out: “He’s slightly lacking in confidence at the moment.”

Following his mistake for Southampton’s second, the camera panned to Arrizabalaga’s face. His look was something beyond the semi-humorous blooper videos that came out in the late ’90s – it was far darker, a face bearing complete anguish and pain. It was a look that makes you want to start some sort of online relief fund to have him carted away from London and back to Spain, for his sake as well as ours.

And yet his decline has reached such a nadir that it goes beyond Chelsea merely having overvalued his ability while he was at La Liga. Premier League scouts don’t pinpoint the next Garrincha and end up with someone who’d give the fourth-worst player in North Caledonian Football a run for their money. The difference is never that great.

The season before Lampard joined, the Spaniard earned 23 clean sheets for Chelsea. Under Lampard last season it was just ten. The world’s most expensive goalkeeper at £71m, in the space of two seasons, is now worth a fraction of that.

Such a horrendous drop points to more than just bad form, but the sad reality is that he is now a scapegoat for Lampard’s inability, an easy dummy target between the sticks.

Indeed, the team is full of mistakes, as Lampard says. But this line almost detracts and even defends those in charge whose worth is supposed to be measured on how well they amend such calamities.

These errors, or moments of madness, in isolated occurrences are just that. Yet when they’re so regular, when they become so typical of a team, it means there is a complete lack of direction, an utter systemic failure stemming from the manager.

But like many clubs of today, Chelsea were seduced by sentiment and nostalgia. Having gone through so many managers in recent years you cannot blame them.

There is a strange idealisation around sentimentality in football’s current climate – but it’s also a time when the most successful teams have realised progression and success is founded in tactical edges and finely-tuned systems. We are seeing it more often in the current game as we’re starting to grasp that big buys seldom change cultural failings.

Tactical impetus rarely fails. It’s the immovable object in football’s rapidly moving landscape, now perhaps more than ever. Of course, there is room for emotion and heart, for sentimentalism and club legends, for kissing the badge and living out fairy-tales. But really, at its foundation, it’s the system which holds the key to joy and Chelsea desperately need a manager who possesses his own.