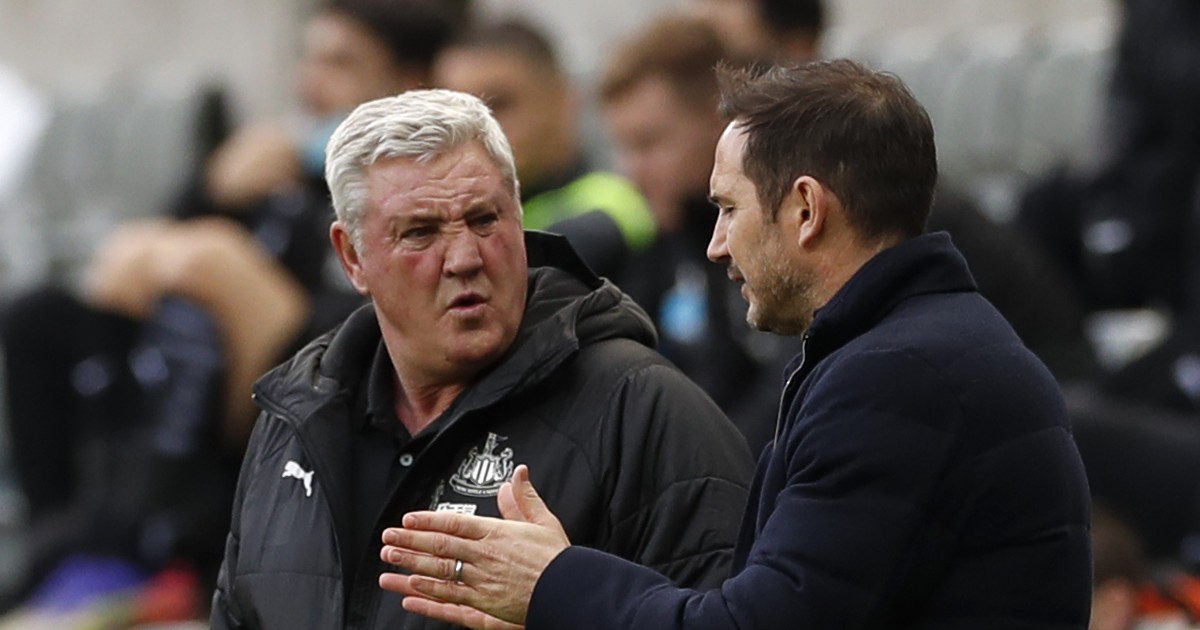 Steve Bruce isn’t the man to lead Newcastle into a bright future. Nothing suggests Frank Lampard is either, but there’s logic in the madness.

“I think he’ll have found out in the first six weeks what it’s all about. He’s a great lad, Frank, and was a great player. That experience alone gives him great respect and he’s loved at Chelsea so I think that will afford him a bit of time.”

The ghost of Newcastle’s managerial past and barely present was offering advice to their potential future in October 2019. Frank Lampard had just started life as a Premier League coach and his Chelsea history did indeed “afford him a bit of time”; the axe swung in January 2021. The idea that he might fall upwards again seemed preposterous at that juncture but the world’s richest club is courting the universe’s luckiest man. If it goes through and when it inevitably goes wrong, Lampard might wonder why his predecessor had not warned him. Et tu, Bruce?

The mere suggestion that Newcastle might appoint a leader who has scored par at best in his only two previous posts has already achieved something remarkable: spawning a talkSPORT opinion that has united the football world. “I would like Lampard,” said Luke Edwards of the Daily Telegraph, to which a frantically nodding Trevor Sinclair declared the former midfielder to be “a good choice”. Supporters of Manchester City, Manchester United, Liverpool, Chelsea and even Sunderland would struggle to disagree. Any possible delay in the Magpies’ hoarding of silver suits them.

The only fanbase that seems split is Newcastle’s, one already somewhat fractured by the divide between wholly celebratory #cans and tentative excitement at forthcoming plans.

Allowing themselves to dream about improvement on the pitch, of transfer targets hitherto impossible for lack of ambition, money or both, is contingent on an upgrade in the dugout. Steve Bruce is not equipped to carry the hopes and expectations of a city stepping out from a decade of wilful negligence. Yet he is still arguably more suited to the short-term job at hand than Lampard. For Newcastle to emerge as a Premier League force, it is pretty important not to drop into the Championship. Bruce has been as culpable as anyone for their fall to 19th this season and the veteran of relegation battles has lost such wars before. But Lampard, in contrast, has never even fought them.

It would be akin to letting a young child house-sit a gilded mansion alone for a few months during an earthquake. The 43-year-old took Chelsea to fourth after a transfer embargo in which they still spent £40m, although Lampard’s influence on a younger generation he helped embed at Stamford Bridge was indelible. But given a budget of more than £220m the following summer, the Blues and their manager actually regressed into a state that was considerably less than the sum of their parts. The attack constantly failed to mesh. The defence was often amateurish. Set-pieces at either end, an area in which coaches prove their true worth, were poor.

The difference between a promising coach and an elite one was underlined when Thomas Tuchel inherited those same players and tacticked his way to the Champions League crown.

Perhaps that is the grand idea at St James’ Park. The man after the man can be the most crucial in these circumstances, like the stop-gap appointed after a legendary, dynastic manager finally steps down. Perhaps Newcastle want their own Unai Emery, their personal David Moyes. A buffer between what they are now and what they wish to be soon.

“For me, it’s important to build the strong foundations,” said Claudio Ranieri in May 2004. “I knew this from the start. Then, I didn’t know the name of the next coach. Now I know also the name, but then everyone knows. And the winner is….!” he added, alluding to the imminent arrival of Jose Mourinho as his replacement at Chelsea. Roman Abramovich was positively patient in giving the Italian a year before upgrading. Manchester City waited even longer before parting with Mark Hughes, the Abu Dhabi Group taking over in September 2008 and sacking the Welshman by December 2009.

Hughes, of course, spent his final game at Manchester City in the full knowledge that the decision had already been made to bring in Roberto Mancini. The news had leaked hours before Sunderland visited the Etihad Stadium. The Black Cats manager that day raged at “the logic of appointing a foreign manager with no experience of this league”. More than a decade on, Bruce would presumably be far happier to have personally kept the seat warm for someone with a blue passport but who won fewer than half their games in charge of a member of the established elite.

That is relevant because it is the endgame for Newcastle: not only to challenge traditional power but to become part of it. Lampard might thus be a fair choice as manager, his pull combining with the economic force of an entire country to set the wheels in motion for their transformation. But the appointment would have to be openly, blatantly, flagrantly short-term, a year or two at most before the next rung on the managerial ladder is inevitably explored. It would be a strange and incredibly limiting pigeonhole for Lampard to insert himself after that ultimately doomed Chelsea spell: temporary hired gun of the tycoon.

It was the fate that Ranieri and Hughes accepted, both being described regularly as dead men walking throughout tenures that changed drastically from when they were first appointed. But at least they were already in place when millions became billions, relics of a past that would soon be left behind in relentless pursuit of a brighter future. Newcastle’s new owners actively seeking a footnote in their own history is peculiar and contrary to accepted wisdom, yet intriguing and not entirely without reason. Ranieri and Hughes were important in providing structure, as well as sacrifices that emphasised the change in expectations. Lampard can achieve the same effect. Neither Chelsea nor Manchester City were particularly held back; money tends to find a way to win eventually.

Newcastle will similarly become a force because they have too much financial backing not to. The only uncertainty is which manager guides them there. Bruce, destined never to be that man, must be ecstatic at the Lampard links. As he said almost exactly two years ago: “It’s great to see somebody like Frank given the opportunity.” Great, but a little bizarre, rather unexpected and wholly undeserved.