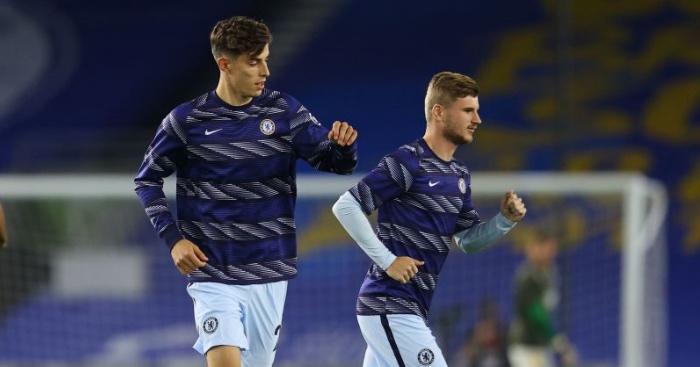 Over £200million spent this summer, but it was three Chelsea academy products who came up with the goods on Saturday. Mason Mount, Callum Hudson-Odoi and Tammy Abraham scored the goals as Chelsea came from 3-0 down to salvage a draw at West Brom. And with Chelsea’s new superstars struggling to adapt to life in the Premier League, it may be time for Frank Lampard to revive his own successful ploy of last season: he needs to see the “big picture”.

Christian Pulisic ended last season as Chelsea’s greatest attacking threat. His direct running and goal contributions – including four goals and four assists in their final nine Premier League games – drew inevitable (if slightly flawed) comparisons with Eden Hazard: he was brilliant. And the handling of the American was perhaps the most prominent feather in Lampard’s management cap last season.

“In terms of handling him, I basically tried to shut my ears to too much of the outside talk,” Lampard said after Pulisic had come off the bench to make the difference in the 1-0 away win over Ajax. “With a big player, there’s a lot said and if you listen to it all the time, you can wonder what you’re doing. I understood the quality of Christian. I understood his young age. He’s just turned 21 recently and it’s a big move for him. And I have other options for him in those areas. Let’s give him full credit. He wants to know what I want for him, what the PL is like, what his new team-mates are like, that’s not always going to be an easy road. I’ve just stayed calm with it, I see the big picture with him.”

There was an unavoidably big build-up ahead of the £54million winger’s arrival as he had agreed to join the club in January but arrived in the summer. But after starting three of Chelsea’s opening four Premier League games of the season, Pulisic played just over 30 minutes in the next five.

As the Chelsea signing – the only new recruit due to a transfer ban – the scrutiny was intense. Lampard took him out of the firing line and Pulisic flourished on his return. With Chelsea’s academy revolution drawing all the attention, Pulisic came back into the team without such pressure; he scored five goals in his next three. He was given the opportunity – as Lampard said – to learn what was expected of him, what his teammates were like: the Premier League ropes.

A slow start has been proven time and again to have little bearing on a player’s success in the league or otherwise and the time to adapt caveat has arguably never been more relevant given there was no real pre-season. There are those – like James Rodriguez or Bruno Fernandes – who immediately look like Premier League stalwarts, but that by no means indicates they will prosper more than Kai Havertz and Timo Werner in the long run.

Lampard, like Carlo Ancelotti and Ole Gunnar Solskjaer, was right to put his new stars straight into the team; their relative lack of impact doesn’t point to poor management on Lampard’s part: it is little more than fortune that has meant James and Fernandes have fired while the Chelsea duo have misfired.

But Havertz and Werner now need to be given some breathing space; Lampard and Chelsea are in a great position to allow them that time. Hudson-Odoi, Mount and Abraham all looked sharp on Saturday, and ‘dropping’ the German pair for any combination of the Englishmen certainly would not weaken Chelsea as things stand.

It also gives those academy products hope of a Chelsea future: one that must appear bleak right now. If poor form and a lack of goal contributions from Werner and Havertz does not see the likes of Hudson-Odoi start games now, what hope does he have have when Pulisic comes back and Hakim Ziyech enters the fray?

Lampard has shown he’s not afraid to make tough decisions, but this seems like a soft one to suit all parties. There can be no uproar from Havertz or Werner, should he shift them from the starting line-up in favour of others. They will understand the decision and the benefit to them, should it be explained in the context of what they and Lampard hope to be long, prosperous careers with the club. And to not do so sends the wrong message both to those he leaves in after poor performances and those he continues to snub despite the opposite.

Maintaining a harmonious dressing room was always going to be among Lampard’s biggest challenges this season; this is the first real test of his ability to do so. The man-management skills that lured the likes of Werner and Havertz to Stamford Bridge now need to be harnessed to let them down gently, just for now, and be used to lift up others who may have seen the light fading at the end of their Chelsea tunnel.