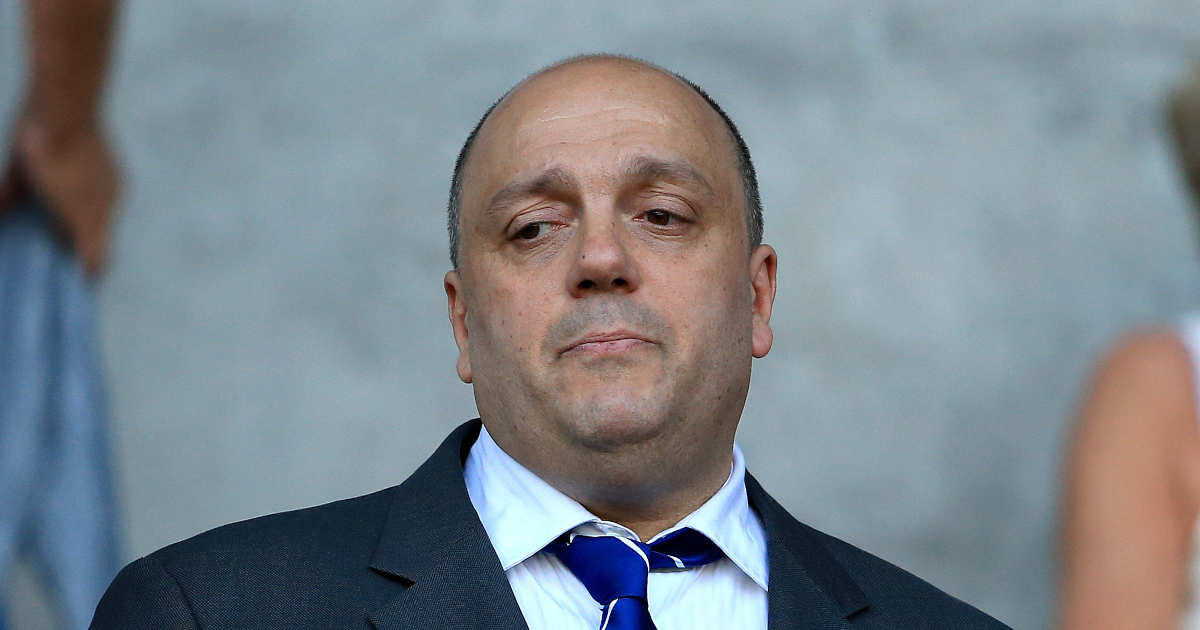 Birmingham City haven’t been in a very good way for quite a long time, but the supporters of several clubs already know that Laurence Bassini is not the answer, here.

Birmingham City supporters haven’t had a very good decade. Over the the last nine years, their team has failed to finish above tenth place in the Championship and over the last five they’ve failed to finish above seventeenth, and in 2019 they received a nine-point deduction from the EFL for breaching profit and sustainability rules by almost £10m between 2015 and 2018.

In addition to this, the start of this season saw two of the stands at St Andrews closed for safety reasons, due to corroded steel beams, specialist paint for the steelworks and missing or damaged bolts. This work has been partially completed, but won’t be fully completed until May 2022.

Birmingham have been up for sale by its Hong Kong based owners since March, but as yet there have only been rumours of attempts to buy a football club that has been stasis for so long, only reports of an attempt to purchase the club by the former Leeds United owner Massimo Cellino, which foundered as the pandemic first hit. Cellino, who was was temporarily disqualified from overseeing matters at the club by the Football League in 2014 due to the fact that he was found guilty of tax evasion in Italy, would have been a contentious enough new owner for the club, but even he would have paled in comparison with the name that has started circulating as a potential buyer for Birmingham City now.

‘Controversial’ was the word that the Daily Mirror used, but when it comes to Laurence Bassini, this is only really scratching the surface. Bassini’s involvement in the game in this country has been a decade-long soap opera, taking in two bankruptcies, a name change, several court cases, and repeated attempts to buy clubs which have fallen apart because he didn’t provided any proof of having the means to do so. But he’s nothing if not persistent. Should he persist with his interest in Birmingham, they’d become the fourth club that he’s attempted to buy in the last two years.

Bassini purchased Watford in May 2011, but he already had a troubling history, having already been declared bankrupt in 2007 following the failure of a business. Following that insolvency, he changed his name from Bazini to Bassini in order to, to quote him, ‘have a fresh start’. Having borrowed £4.5m to fund the club, he lasted just thirteen months as their owner before selling up to the Pozzo family. Under Bassini’s watch, the club lost £7m, and the club’s accounts later confirmed that £606,302 of a transfer fee and £900,000 of Football League award money ‘were borrowed in the name of the club, but the funds were never directly received by the club’.

In March 2013 an independent disciplinary commission found Bassini guilty of misconduct and dishonesty over financial issues relating to his time at Watford and banned him from being involved in a position of authority with any Football League club for three years. The commission found that he had been ‘dishonest in his dealings with the league and with his fellow directors” and ‘practised secrecy and deception’ in failing to inform either the league or other Watford directors about his secret forward financing arrangements.

And in March 2014, he was back in court, this time making unsubstantiated claims in a case brought against him by the Russos over £3.5m that they’d lent him. Bassini lost the case, and in July 2014 he was declared bankrupt for a second time. To give an idea of how well regarded his time at Vicarage Road was, couple of months earlier his time in charge at Watford had been the subject of an April Fool’s Day article in the local newspaper.

Since 2019, Bassini has been on the lookout for a new project. In April of that year, it was confirmed that he had reached agreement to buy the financially stricken Bolton Wanderers from Ken Anderson, but that deal collapsed after he repeatededly failed to show proof of funds to the EFL. Four months later, with Bolton in administration and the players not having been paid in full for several months, the club’s administrators were on the point of completing a sale to Football Ventures Ltd., only for Bassini to get a court order at the last minute, blocking the sale. The sale eventually went through a month later, with Bolton on the brink of liquidation.

Apparently not dissuaded by what happened at Bolton, Bassini has sniffed around two clubs since then. In March 2020, he told Sky Sports that he’d reached an agreement to buy Oldham Athletic, who at the time were on the point of being forced into administration and had a court case pending, only for it to emerge during the court case that there was ‘no truth whatsoever’ in the reports that a deal had been agreed. Oldham were spared administration, but protests against the owner have continued.

Bassini, meanwhile, moved on again, this time to Charlton Athetic, yet another club that has had its fair share of issues in recent years. It had only been a few weeks since the Oldham Athletic debacle, but this time negotiations collapsed quickly, with Bassini telling Sky Sports News that there were numerous difficulties with it, including issues concerning who still owned The Valley and Charlton’s training ground. He told the press at the time that he intended to look into the possibility of unwinding the Bolton takeover of a year earlier, but nothing ever seems to have come of that.

At this point, of course, these are just rumours, and it should go without saying that the most credible buyer in the world would have a lot of work to do to secure the purchase of a multi-million pound business from here. Bassini has been described before as a ‘tyre-kicker’ and an ‘attention seeker’, and it is worth remembering that this 13 months at Watford a decade ago remains his only experience of actually running a football club.

And it is always worth asking the question of where someone declared bankrupt twice would have a chance of getting the sort of funding required to purchase the club and forward fund it. He certainly wasn’t able to do this in the case of Bolton Wanderers, so how would he be able to do so with Birmingham City? Would you lend someone with his history millions of pounds? The warning signs over Laurence Bassini have been there for years, but in 2019 Bassini claimed to have passed the EFL’s Owners & Directors Test.

Some would doubt anything to come from his mouth, but even if he did manage to get through this and somehow manage to get control of Birmingham City, there is nothing in the entire history of Laurence Bassini’s dealings in and around football to suggest that he should be allowed anywhere near any club, never mind one in the delicate state that Birmingham have been in, these last few years.