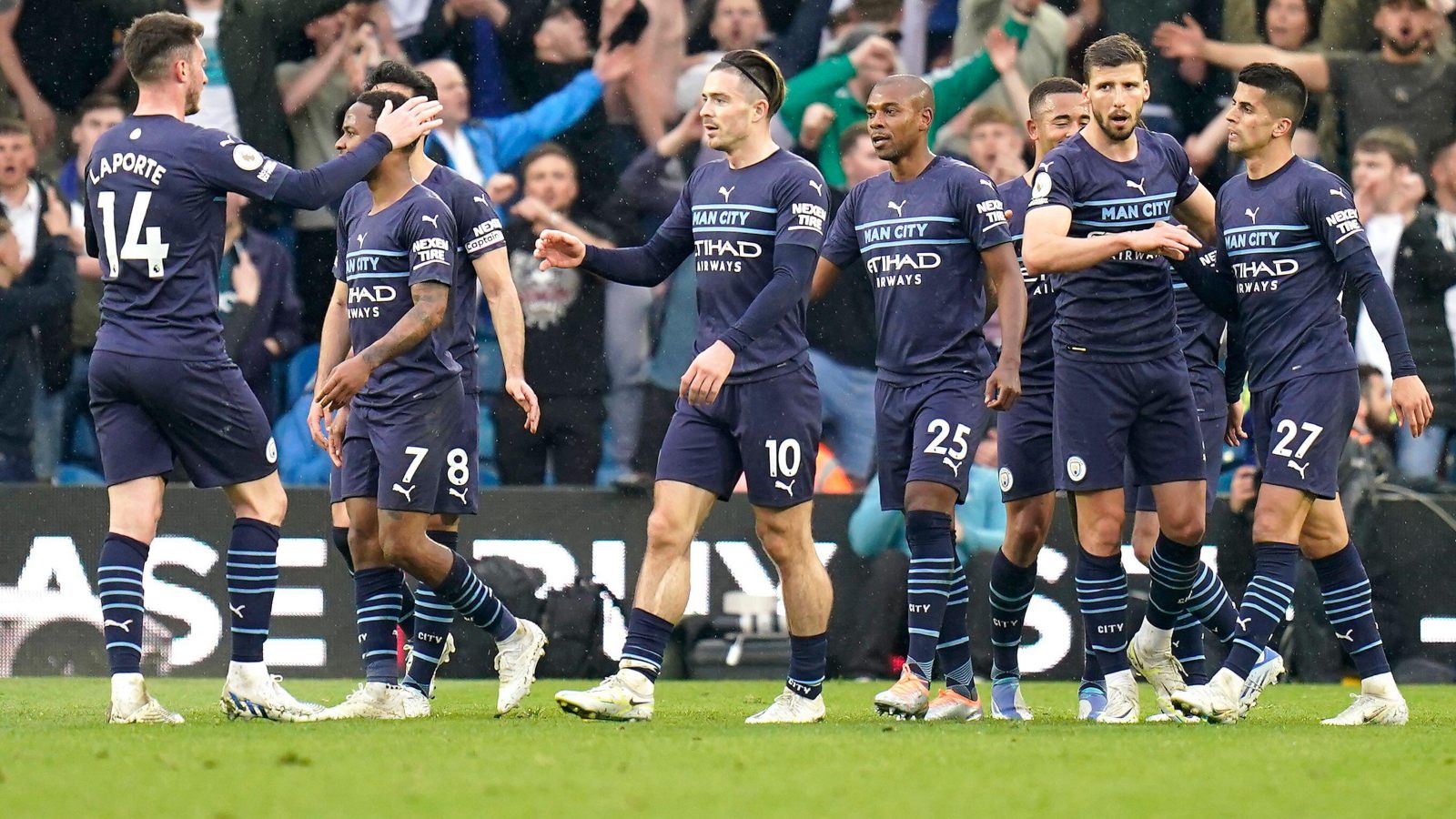 There’s not much that can spoil the mood at Anfield these days. Liverpool are on a relentless pursuit of the Quadruple; Jurgen Klopp has just committed to stick around for a couple more years; and at lunchtime, they overcame what many expected to be their toughest remaining test in the Premier League.

There’s arguably never been a better time to be a Red. But still Liverpool remain in thrall of Manchester City at the top of the table and the leaders look in absolutely no mood to relinquish that advantage.

At the end of a matchday which started with many feeling in their gut that today might be when one or both of the title chasers drop points, it remains as you were with City one point clear at the summit. With four games to go, it is increasingly difficult to make a case that one of these incredible sides might offer up an opportunity to the other.

After Liverpool kept Newcastle on a lead at St James’ Park, City went to Leeds and asserted their own dominance over a ‘tough’ opponent.

That’s how everyone describes Leeds – Pep Guardiola said as much himself on Friday. An aggregate score of 11-0 for the season suggests otherwise, but City did not have it all their own way at Elland Road. Which makes the manner of their victory all the more impressive.

Leeds gave no quarter to City and Jesse Marsch’s men went toe-to-toe with the champions for 78 minutes, despite losing half of their defence with Liam Cooper injured in the warm up and Stuart Dallas crocked before half-time.

The absence of Cooper was huge. With their captain, Leeds have conceded an average of 1.3 goals per game. Without him, they ship three a game. It is hard to believe that had the no-nonsense centre-back been on the pitch, City’s would not so easily have scored their first two, both coming from set-pieces, with Rodri heading in the opener before Nathan Ake turned in the second after Aymeric Laporte won the first header from a corner.

City had to capitalise on set-plays since they found other routes to goal rather more impassable for the first hour, especially with Leeds fielding a back five. Indeed, Leeds created the best chance in open play when Rodrigo pounced on Laporte’s slip but the Spanish forward seemed to get lost during the late stages of his dash from the halfway line.

But amid Leeds’ hustle, City rarely ceded control. They matched the hosts’ intensity and never lost focus despite the distraction of Paul Tierney’s lenient brand of refereeing and the paper shower which rained down from the Jack Charlton stand.

leeds fans bombard jack grealish with scrunched up paper the club handed out to make a pre-game sign 🤪 pic.twitter.com/7g0PgHlfq0

Guardiola implored City last week to show their own shower mentality. “When you win, take a shower and go again,” he said before the visit of Real Madrid. Prior to the Champions League semi-final second leg, City did exactly that at Elland Road to sour Klopp’s Saturday night.

What of Leeds? Burnley’s win at Watford leaves them dangling a place above the drop zone with a five-point gap to Everton below them, but having played two games more. Marsch is unlikely to have pinpointed the visit of City as one of their better opportunities to scrape together the points needed to stave off the threat of relegation, but the Leeds boss will remain concerned with a lack of composure in the final third. An arse-twitching relegation fight is hardly the best environment to harness the precision Leeds lack, so solidifying his defence may be the easiest way out of trouble, which makes Cooper’s absence all the more worrying.

At the other end of the table, Liverpool and City will each go again next week; City host Newcastle after Liverpool go to Tottenham. In the meantime, the rest of us will scratch around for reasons to believe that next weekend, in fact, could be when points are dropped, even when it looks increasingly likely that these relentless rivals will each take the whole dozen on offer. Which leaves Liverpool, whatever else they might achieve, facing the prospect of missing out on the one trophy central to their Quadruple or Treble dreams.