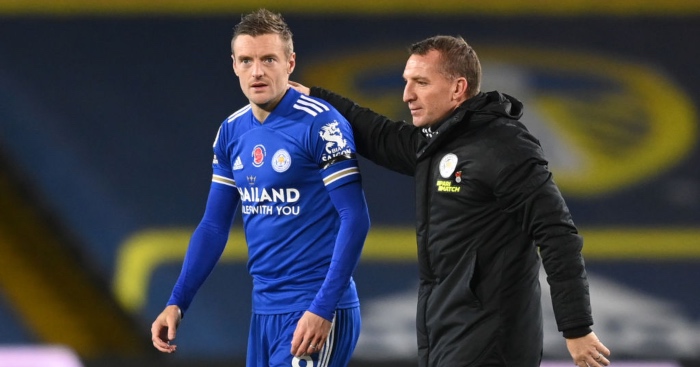 Mauricio Pochettino – as delightful as ever in the Monday Night Football studio before kick-off – named Jamie Vardy as the best counter-attacking player in the Premier League. It was no great insight; it’s one that Jamie Carragher – along with the rest of us at home – nodded along with as if it was a given. But it’s a cliched reality that proved to be a predictable Leeds nightmare as they lost 4-1 at Elland Road.

Marcelo Bielsa’s no fool: his tactical acumen is one of the few things as well documented as Jamie Vardy and Leicester’s threat on the counter. And Leeds were their usual dynamic, free-flowing selves in Leicester’s half, winning the ball back and carving out opportunites. Patrick Bamford should have had a couple in the first half, including one after just 17 seconds and Leeds could easily have added more than Stuart Dallas’ cross-shot goal in the second.

But in their own half, for the first 30 minutes in particular, Leeds were truly awful. Square passes were sloppy, frequently ill-directed and weighted. Pointless risks were taken that – if they had come off – would have amounted to no better an attacking scenario than a far more secure option. As was the case for Leicester’s second goal, as Leeds ceded possession in their own half, leading to Marc Albrighton’s cross, Vardy’s parried header and Youri Tielemans’ tap-in. There was naivety from Leeds and their conviction was too frequently displayed as over-confidence.

Most bizarre, and so common as to appear to be a weird directive from Bielsa, the Leeds centre-backs stood off Vardy in possession. This may have prevented the striker from knocking and running past the defence to an extent, but he’s more than capable of linking play given the opportunity, as he did unchallenged for the first half-hour.

We won’t know whether this was an orchestrated decision, and there’s no doubt that Robin Koch’s weak poked backpass – that fell at Vardy’s feet to set up Harvey Barnes for the opener – rattled Leeds early on. So scared of Vardy or Barnes breaking through, Koch and Liam Cooper allowed them freedom in front of them, with which the Leicester duo did just as much damage.

It was a game in which Leeds learned first-hand the cliched warning that mistakes are punished by the quality of the Premier League. The third goal proved that quality doesn’t always require an error. James Maddison – introduced in the second half – controlled the ball beautifully on the half-turn, before slipping the ball through to Cengiz Under, who showed stunning poise to dink the ball over the onrushing Ilan Meslier to allow Vardy to tap home.

It was a crushing blow for Leeds, who had hit the woodwork at 2-1 and looked the team more likely to score in the second half. But it never felt like Leicester were out of control despite having just 33% possession. And Tielemans’ penalty, after Mateusz Klich brought Maddison down from behind in the box, rounded off a near-perfect away performance.

Brendan Rodgers said his players were “tactically brilliant” after the game. As is he. And with so many injuries to key players. What an undoubtedly outstanding job he’s doing.

It’s easy to forget – with the open, attacking football they play – just how new to the Premier League this Leeds team is. They were taught a bit of a lesson at Elland Road: they were knocked down a peg or two. That’s no bad thing for a team whose confidence is their greatest asset, but – at the moment – is too frequently their undoing.