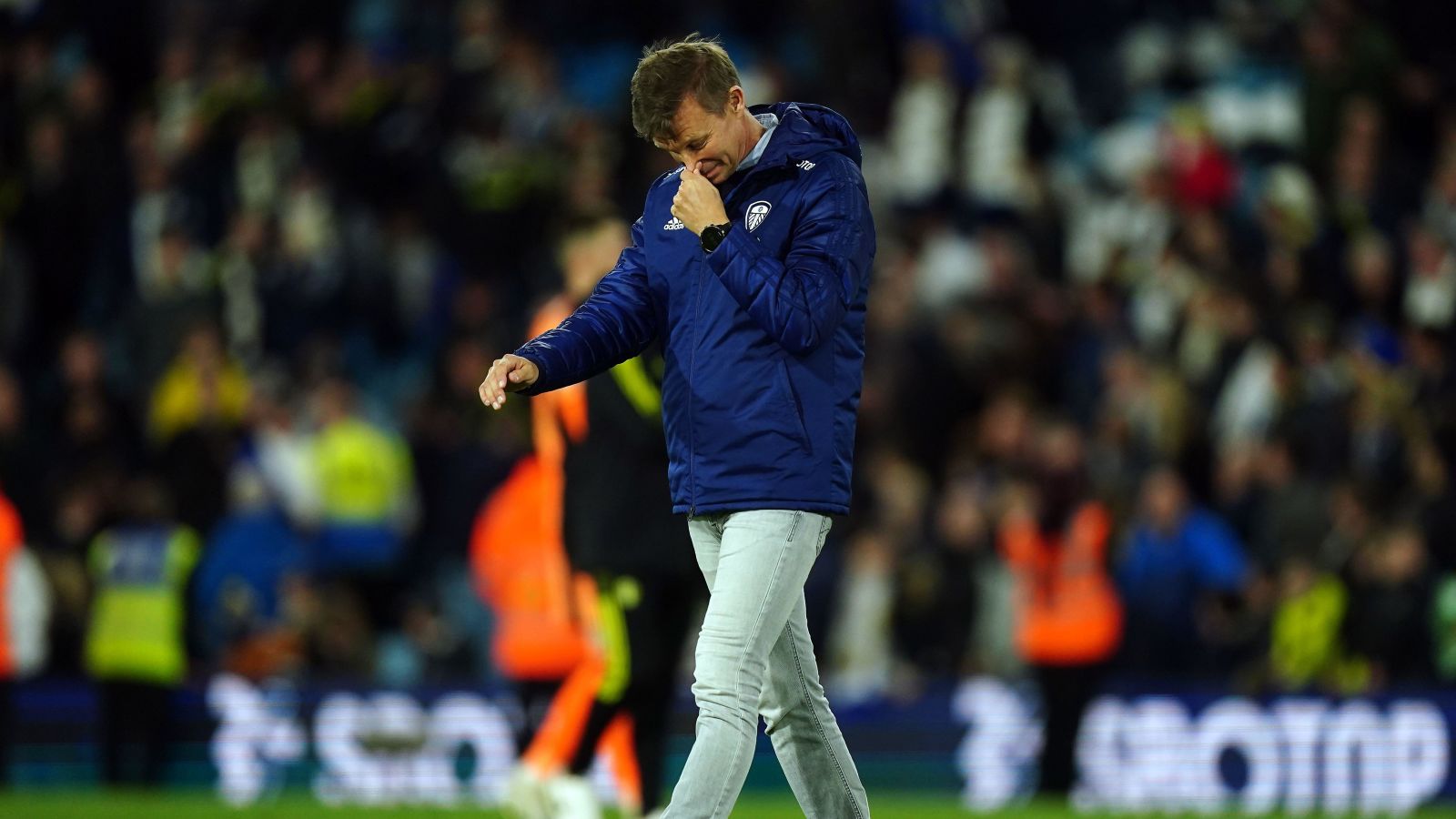 Leeds were already in the mire before Jesse Marsch and his inspirational quotes, but he’s done little to improve them.

There are a few lessons to be learned from Leeds’ increasingly dismal drain-circling gurgle towards relegation.

Don’t ignore the reality of second-season syndrome. Don’t pick up lots of injuries to key players when you have a relatively small squad; that’s just silly.

But there are even more important lessons. Don’t sack your beloved manager at the end of February and try to style it out as part of a grand new plan by appointing an inexperienced manager embarking on their first job in England.

Most important of all: never, ever trust anyone who places any stock in inspirational quotations. They are a clear sign of an intellectual vacuum. A certain indicator of someone who is a stupid person’s idea of a clever person. I think it was Oscar Wilde or possibly Mark Twain who famously first said that. Jesse Marsch saying “I like quotes” is in itself the most quotable thing he’s said during his three months in England.

Remember the picture of Jacob Rees-Mogg hard at work in his commons office that revealed his desk contained no laptop or PC of any kind – a genuinely absurd affectation for someone at least theoretically involved in running a country in the 21st century – but did have a big book of quotations? Yeah.

Or Michael Scott using that Wayne Gretzky quote about missing 100% of the shots you don’t take and attributing the whole thing – including the attribution to Gretzky – to himself.

I must confess I don’t recall the specific Gandhi and Mother Teresa quotes about not bothering to defend in the first 10 minutes and committing heinous red-card tackles early in games. It’s hard to imagine Gandhi saying anything about putting a few reducers into these soft southern Arsenal ponces, but they apparently do exist and using those was an even bigger mistake than turning to quotes in the first place. Marsch was a fool to even consider it.

It is possible to have some sympathy for Marsch. Not about the quotes, that’s unforgivable, but about Leeds in general. They were sinking before he got here and they’re still sinking now. They are really no better or worse than they were under Bielsa. They are just dirtier and, with the honourable exception of one outrageously absurd evening at Wolves, much duller.

This is, perhaps, the biggest lesson for Leeds and everyone else to take from this. Sacking Bielsa was a brutal thing to have to do, but there is a strong case that it was necessary. There is no real indication that they would be any better off now had they kept faith with the Argentine.

He was sacked in the middle of a six-game losing run. In the four overseen by Bielsa Leeds leaked 17 goals, including four to a Spurs side that had just lost grimly to Burnley and, most unforgivably of all, three against Everton.

That their situation has got worse under Marsch is undeniable, but owes more to Burnley’s resurgence than any significant change to Leeds’ own results. Bielsa’s Leeds picked up 23 points from 26 games, Marsch’s side 11 points from 10.

But there’s also no way of now dressing up the Marsch appointment as anything other than a grave error. An unnecessary and reckless gamble designed to make it look less like a bed had been shat and more like part of a coherent long-term plan with the compelling and thoughtful young manager at its centre.

To be honest we were desperately keen for Marsch to be good if only as a reaction to the dullest of people complaining about an American being in charge of a Premier League team. But we must sadly now conclude that however steeped he is in European football and however careful he has been to avoid slipping into any Bob Bradley-style Americanism traps there is something blandly, corporately and Americanly empty about him. A bit more organisation, a bit more kicking people up in the air, same old results, some press conference bullshit about fans with a smattering of Gandhi quotes. There’s just no substance to Marsch’s Leeds. No style. No nothing. Even when the style of Bielsa’s side was ‘getting unceremoniously spangled by all and sundry’ at least it was an ethos.

It is absolutely possible to sack a manager when Leeds did and have things turn out for the best. The case for Bielsa’s dismissal was and is strong, however much the fans who quite rightly adored him might think otherwise.

But if you’re making that sort of change with 10 or 12 games of the season remaining, then you need to be honest. You need to own it. There can be no attempt to style it out. You are not embarking on a new and exciting grand plan, you are attempting to avert catastrophe. Press the Big Sam Button if you absolutely must, even if it no longer has quite the impact it once did.

What you cannot do is what Leeds did and pretend to start a New Project when there is just neither time nor breathing space – literal and metaphorical – to do so.

Beware the Ides of Marsch, you could say. And that’s not a quote, because it’s got a pun it. Which makes it worse if anything, but yeah. Leeds are bad. And you can quote me on that.