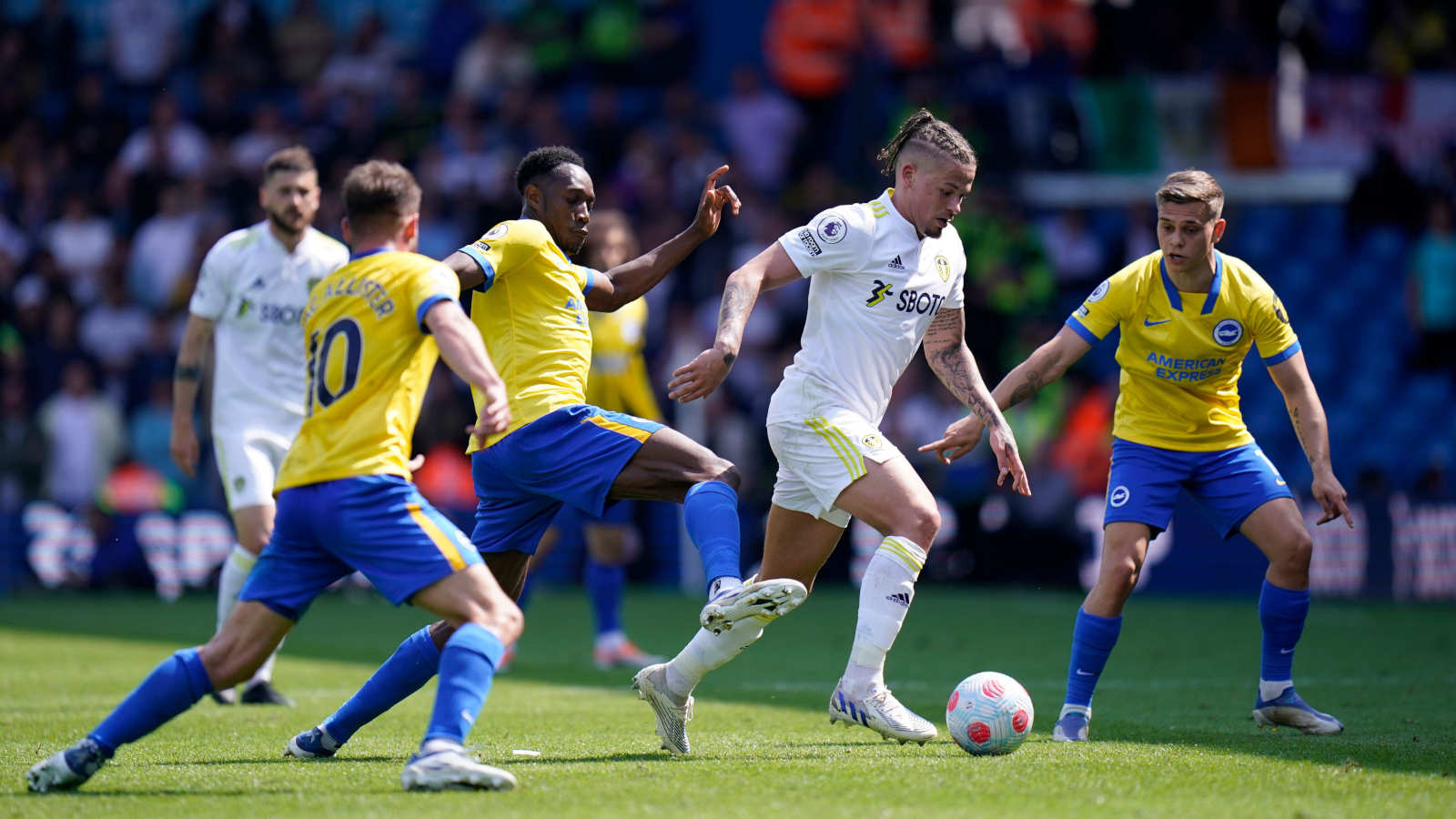 Leeds United are hovering just above the relegation places, but who’s to blame? The smart money is on just about everybody.

It was a crucial moment for Leeds United, but just how crucial remains to be seen. They were in the 92nd minute against Brighton & Hove Albion on Sunday afternoon when, following a fruitless and frustrating match, Pascal Struijk headed down and in to salvage a precious point in their ongoing scrap against relegation. Elland Road erupted. Every single person inside that stadium knew exactly how important this goal was.

Earlier in the afternoon, Burnley had come the width of a post and a contentious penalty kick (a whole other conversation) from taking an unexpected point from a trip to Tottenham Hotspur, but the end result was that they’d come away with nothing. Struijk’s late header lifted Leeds above Burnley by that single precious point. Later in the afternoon, Everton went Full Everton against Brentford.

It wasn’t meant to be like this. Leeds went into this season having had a successful first year back in the Premier League following a long absence. That success led some to believe that further improvement was possible, that Leeds had the potential to challenge for European football or perhaps even barge their way towards the top six.

But things couldn’t have worked out much more different. Leeds lost 5-1 on the opening day of the season at Manchester United, a grim result which perhaps should have been seen as a portent for the rest of their season. Bielsa lasted until the end of February, eventually undone by a leaky defence that couldn’t be plugged and horrendous injuries, possibly exacerbated by the manager’s punishing training schedule.

Jesse Marsch was his replacement. American and with no experience in the Premier League, unkind comparisons with Ted Lasso were inevitable, but Marsch is a manager bred in the laboratory of a very well-known energy drinks company, with more than 400 MLS games under his belt, two league titles in Austria, and spells in New York and Leipzig. And the scale of the task at hand was clear. Leeds were chaotic by the time he arrived, and showing few signs of being capable of improvement.

The biggest problem has been that defence. Only Norwich have conceded more in the Premier League this season, and Watford have only conceded two fewer. No-one else comes within more than ten goals, and the fact that these two other clubs have both already been relegated with room to spare tells us everything we need to know about whether this is the sort of company Leeds want to be keeping.

When Marcelo Bielsa was sacked on February 27, Leeds’ goal difference was -31. It now stands at -38. It hasn’t improved, but its horrific growth has at least slowed. Leeds’ defensive profligacy has been a curious thing. It’s been remarkably concentrated; it’s come against the ‘big six’ clubs.

Leeds have conceded 11 against Manchester City, nine against Liverpool, nine against Manchester United, six against Chelsea, six against Spurs and six against Arsenal. That’s 47 goals conceded in 12 matches – an average of almost four goals per game over almost a third of the season, and more than nine other clubs (although West Ham are level with them at the time of writing) have conceded in their entire league seasons. Other than against these six, Leeds have only conceded three goals this season on three occasions, two of those against Aston Villa.

An argument can be made that Marsch has been fortunate not to have played that many matches against the ‘big six’ clubs as Bielsa. Only three of his games in charge have been against them and he lost all of three, conceding nine and scoring one, so he could hardly be said to have done much better.

By the time of the January transfer window, it was clear that Leeds needed fresh legs. The losses of Patrick Bamford and Kalvin Phillips had been the highest-profile, but injuries had ravaged the first half of their season. But the club remained strangely inert throughout the whole month as Bielsa made it clear at the time that he was only interested in players better than those he already had.

But this just raises further questions of what conversations were held. Where was director of football Victor Orta? Was this a policy decision that he agreed with? And if so, why? And what of CEO Angus Kinnear? Would he be more likely to convert to Maoism, were Leeds to drop back into the EFL?

It wasn’t because there was no money. 49ers Enterprises had significantly increased their shareholding in the club to 44% just a couple of months earlier, with Andrea Radrizziani still the chairman. But if the manager, the owners and senior management, and the director of football were all in absolute agreement that not drafting in more players was the right decision, the months between then and now have only proved them to be disastrously wrong.

The loss of a very popular manager and his replacement with somebody else is always likely to result in an outbreak of blame-apportioning, but against the background of a season which hasn’t improved much from that opening-day shellacking to last week’s supine capitulation against a Chelsea team that had been mis-firing itself in recent games themselves, the answer to it all is most likely… everybody.

Leeds supporters have certainly seemed patient. More patient, at times, than performances warranted. Their relationship with Bielsa was about something more than just results on the pitch, and losing a manager with whom you feel that sort of bond can feel more like grief than disappointment.

There’s still space to pull themselves clear, although they’re reliant on other results going their way. Everton and Burnley play their games in hand on Thursday night and Leeds could even be back in the bottom three by kick-off on Sunday, should Burnley be able to scrape at least a draw from their trip to Aston Villa.

A win at Brentford, who are just about to set sail on the second season adventure that Leeds are just completing, may be necessary if Leeds are to avoid their case of second season syndrome becoming terminal. And although the reflex is to reach for an individual to blame – and Marsch may end up fulfilling that role, should Leeds fall – it feels very much as though this very disappointing season is a collective effort, rather than the fault of any one or two individuals.