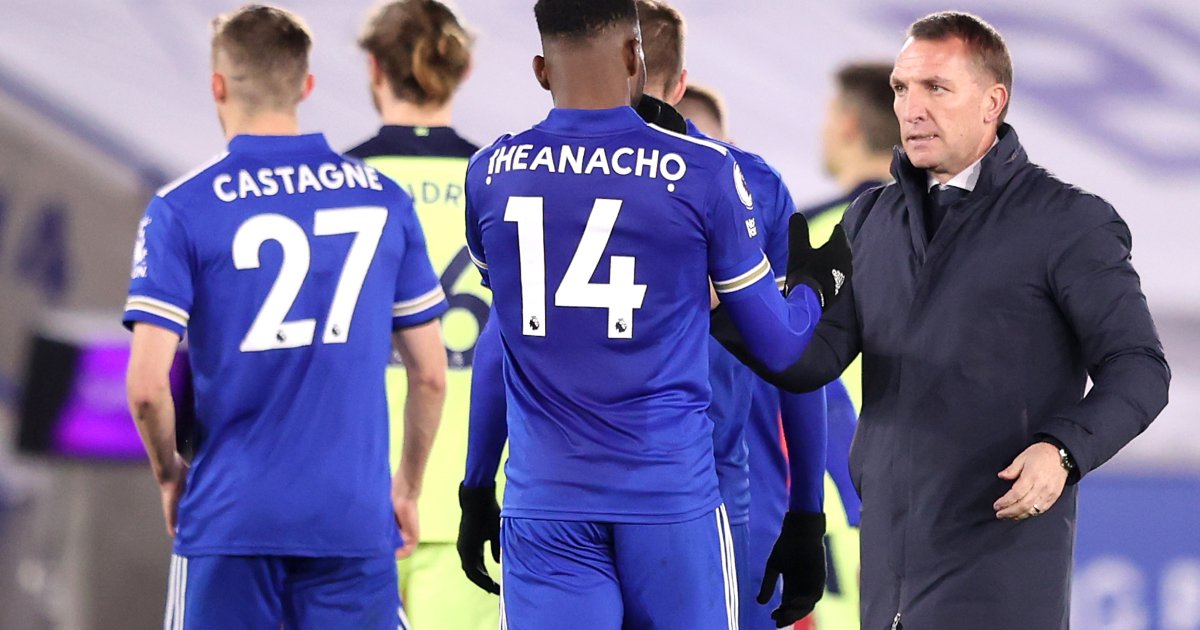 We are smack bang in the middle of squeaky bum time and nobody in the Premier League is clenching harder than Leicester boss Brendan Rodgers.

The Leicester manager is embarking upon a fortnight which will define his side’s season. Rodgers’ advocates could claim, with some justification, that it has already been a success. The Foxes occupy the top four, with a five-point cushion, and they are 90 minutes away from winning the FA Cup for the first time.

If Leicester complete just half their objectives in the next two weeks, Rodgers will rightly be lauded and his reputation will swell further still to somewhere close to the size of his own ego.

But the pessimistic view – one which no doubt has no traction with Rodgers the overt optimist: the Leicester manager could bottle it again.

Leicester expectations have been re-written since the start of the season, when they were 7/1 shots to finish in the top four. The Foxes sold Ben Chilwell and spent their £50million windfall on Premier League rookies Wesley Fofana and Timothy Castagne. Back then, the offer of a repeat of their fifth-placed finish would have been gratefully received.

But 35 games into the weirdest Premier League season ever, a Champions League place is the minimum expectation. It has to be – Leicester haven’t seen the outside of the top four in 2021. They have spent the vast majority of that time looking up from third at Manchester United, eyeing their runners-up spot. Now, though, they are looking sheepishly over their shoulders from fourth.

Coming up Rodgers’ rear is Jurgen Klopp and he’s got that look in his eyes, one that we haven’t seen for months. No longer is the Liverpool manager sulking about injuries and misfortune; Klopp can see an opportunity to scrape some consolation from a sorry season and it is Leicester’s fourth spot in his sights.

Leicester simply must keep Liverpool in the rear-view mirror. Allowing themselves to be overtaken now, even if they separate the six snakes for the second season in succession, would have to be viewed as a failure in the context of how their campaign has unfolded.

But Rodgers’ record down the final straight doesn’t bode well for the manager or his team. With two wins from their last six, the run-in is taking on a familiar feel for the manager. Leicester have collapsed before; Rodgers has run out of steam elsewhere too.

Last season, they surrendered a 14-point advantage which they held in February to Manchester United, who finished the job on the final day by sinking Leicester at the King Power. That defeat was the culmination of a run of 14 games in which Leicester won only three.

In Rodgers’ last two full seasons as a Premier League manager – one at Leicester and his last at Liverpool – his sides won only two of their last nine. In his first season at Anfield, they won fewer than half their games from matchday 30. In 2013/14, Rodgers’ Reds failed to win only two of their last 14. But they still surrendered the title when it was within their grasp.

F365 Features: An XI of the best PL runners-up who never won the title

This is hoodoo territory for Rodgers. And Leicester fans would be forgiven for fearing the worst after Friday’s home humbling at the hand of Newcastle, which prompted flashbacks to last season’s battering by Bournemouth.

Seven games into the final 10, the Foxes have won just twice – at home to relegated West Brom and a last-minute triumph over a Crystal Palace team that have been flicking through holiday brochures for weeks. Their remaining three opponents: Manchester United, Chelsea – two of the three teams currently above them – and Tottenham. Leicester were warned that their cushion might not be enough with this run-in.

Handling United and Chelsea’s attacks before shackling Harry Kane on the final day will be a tall order if they are forced to do it without their best stopper, the ‘brain of our defensive line’ as Rodgers referred to Jonny Evans last week. 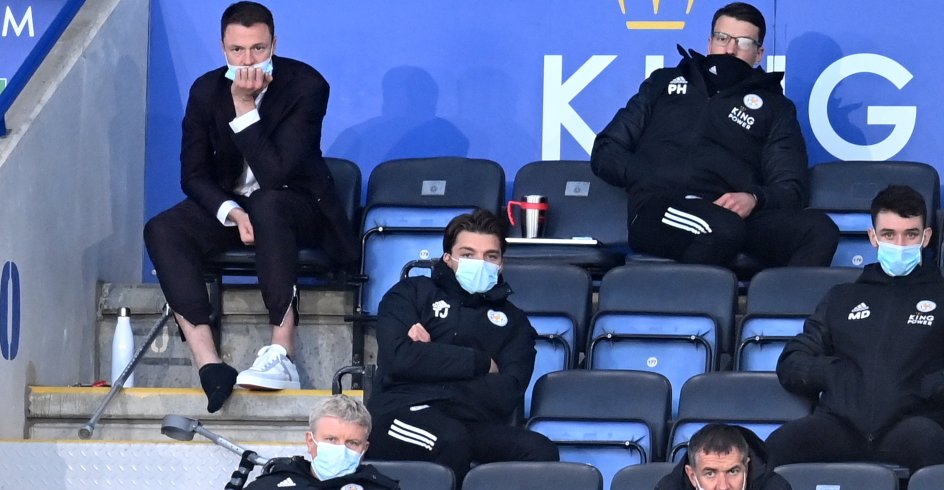 Evans missed the defeat to Newcastle – boy, did his absence show – after finally succumbing to a long-term heel problem in the warm-up. The Northern Ireland defender watched on in horror as Newcastle cut through Rodgers’ rearguard almost at will on the counter-attack. He left the King Power on crutches and, however hardy we know him to be, Evans must be considered a doubt for his return to Old Trafford and perhaps too the FA Cup final.

“This season we have seen the maturity grow,” said Rodgers as he previewed the Newcastle game, blissfully unaware of the capitulation to come. “We have always come back well from setbacks.”

The fact that six of their 10 defeats this term have come in pairs suggests Leicester have not matured as much as Rodgers might have you believe. Now is the time for the manager and his team to prove otherwise.