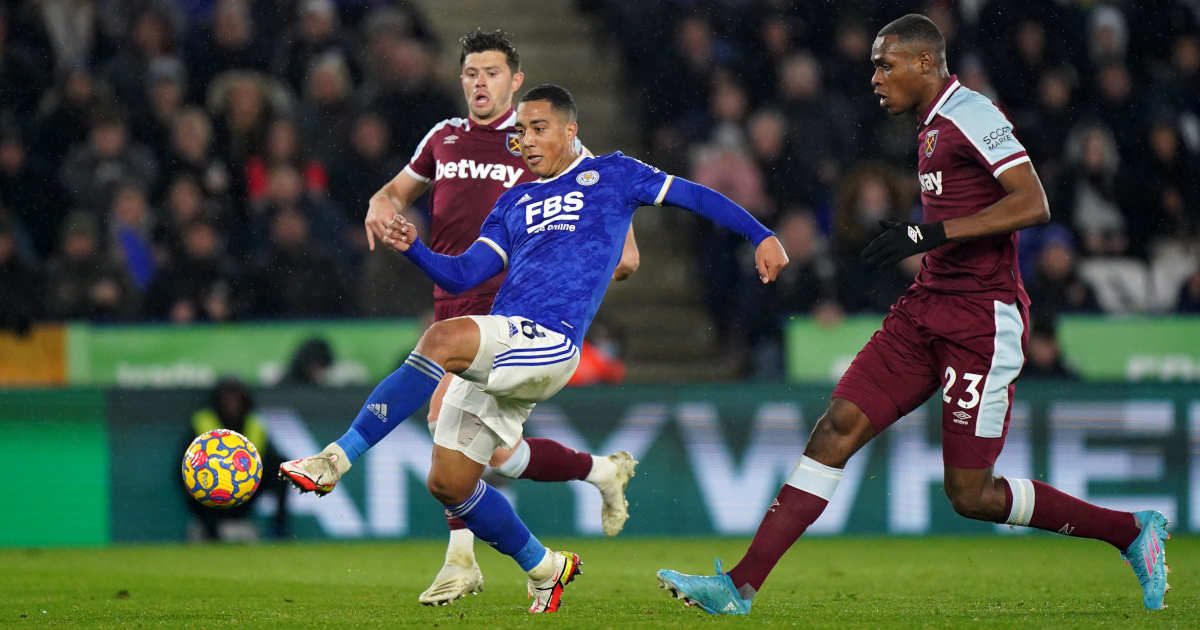 Despite attempts to stir things up in some corners of the media, Leicester and Youri Tielemans can still part on mutually beneficial terms.

Considering that he is still just 24, Youri Tielemans has packed an awful lot into his career. He made his debut for Anderlecht at 16 and was voted the Belgian Player of the Year at 19. Now 24, he has already played almost 400 club games for Anderlecht, Monaco and Leicester City, and a further 47 for Belgium. He’s played in the World Cup finals, has won the Belgian league twice and the FA Cup in England. He’s already achieved more by 24 than most players achieve in their entire careers.

But of course Tielemans wants more. He is the youngest Belgian ever to play in the Champions League, having made his debut for Anderlecht at just 16, but although Leicester City have made the Europa League since he’s been at The King Power Stadium, this is far from the elite European competition he craves. It’s not that time is running out; it’s more that if he is to spend the peak period of his career playing at that level, he needs to make a decision soon.

Tielemans’ contract runs out in the summer of 2023, at which point he could leave Leicester as a free agent. As such, his transfer value is already starting to drop, and manager Brendan Rodgers has admitted that he has to be a “realist” about the situation regarding players wanting to move on from the club. It is, for all clubs bar three or four, merely a fact of life. There is now a sense of inevitability about the fact that Youri Tielemans’ time with the club must come to an end, even if the exact route this takes from here isn’t yet clear.

Of course, amicable departures are of little use to the tabloid press. You don’t sell newspapers – or, more frequently these days, clicks – with stories of handshakes, smiles and wishing well on the way. Whether consciously or subconsciously, some of the most-read media coverage of football depends on conflict – managers ‘seethe’ as players ‘issue come and get me pleas’. It’s a cartoonish world in which heroes can become villains at the drop of a hat, and ‘Leicester disappointed but realistic as Tielemans looks to further his career’ is not going to raise the ire of many.

But claims that he’s ‘rejected’ his contract will get the blood of some boiling, and the reflex response that social media tends to engender may not necessarily lead to the most temperate of reactions. No-one wants to be ‘rejected’, and as the inequality between the richest clubs and the rest has grown, there has been growing resentment from supporters who feel as though their teams aren’t really given a chance before being picked clean.

This can be said for many recent underdogs: Ajax in the 2019 Champions League, Leicester City with the 2015/16 Premier League, for example. You get a season or two at best before a completely predictable list of club names start popping up in your mentions, with lascivious references to ‘eyeing up’ and other stories fed into the swirling narrative of the Premier League without much thought for their veracity. Sometimes they’re planted by the would-be buying club, keen to get the story swirling. Sometimes it’s an unscrupulous agent, looking for his cut. The inevitability of the move slowly reduces to one, and if the club themselves put up much resistance, fireworks are likely to start.

But it doesn’t have to be that way. It seems clear that Youri Tielemans is in the final months of his time at Leicester City. As things stand, there is a window of opportunity for all concerned here. Tielemans could easily secure a move to a Champions League club, and has no particular reason to have any loyalty towards Leicester. He’d already played football in three different countries by the time he was 22.

And it’s hardly as though Leicester aren’t very used to finding themselves in this sort of position. N’Golo Kante, Danny Drinkwater, Riyad Mahrez, Ben Chilwell and Harry Maguire are among those who’ve already left the club for ‘Big Six’ clubs. The results have been varied. Kante has now won almost everything it’s possible for an elite-level player to win – it’s doubtful he’ll be sobbing too hard, should he never win the Carabao Cup – after joining Chelsea. Drinkwater made the same journey, but is now on loan at Reading. It’s not as though there isn’t an element of risk to the player, too.

To cut a long story short, Tielemans is clearly good enough. Leicester paid around £32m for him from Monaco in 2019, and such has been his improvement as a player over that period that they will likely get at least their money back from selling him. The buying club will get an excellent player for a good price, with the opportunity to tie him down to a contract which secures his value to them on paper.

The player gets a signing-on fee and, most likely, a substantial wage increase, as well as the opportunity to play in front of bigger crowds, and with the chance of performing at the highest possible level, and quite possibly winning more silverware, too. Everybody can end up as satisfied as they are likely to be (apart from the fans of the selling club, but when has that ever been a factor in football transfers?), in what is clearly an imperfect situation. And while that may not suit a narrative that demands constant drama, it probably would be the best for all concerned.