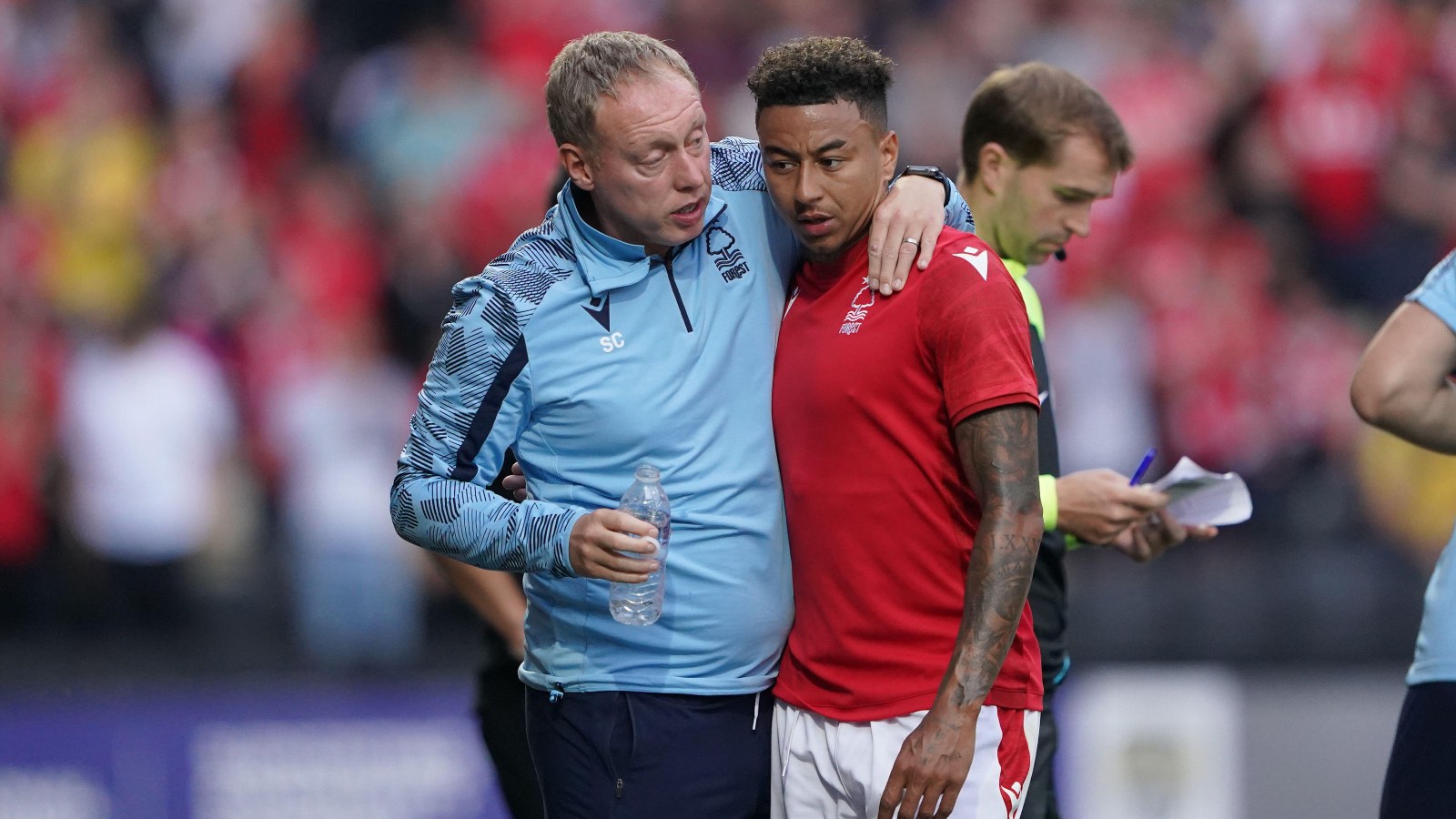 Good or bad, Jesse Lingard was always going to be the poster boy for Nottingham Forest this season. It’s bad and it’s Steve Cooper who will pay the price.

There was always going to be plenty of bedding-in time for Nottingham Forest this season, but it would be fair to expect some of the 22 new players to do so simultaneously rather than in series.

There is no doubt having watched the game at the King Power Stadium that the team bottom of the table at kick-off absolutely shouldn’t be there and the team now bottom will absolutely remain there if they don’t make monumental changes to pretty much every aspect of their game.

It’s easy to forget after six defeats on the bounce that Leicester City have some very fine footballers, and it certainly looked as though Forest had forgotten given the space they allowed them due to an extraordinary lack of pressure on the ball.

Steve Cooper’s players were seen arguing on the pitch over responsibilities, tactics or both, and they had the body language of a team resigned to their fate early in this game and this season.

James Maddison opened the scoring via a deflection in the 25th minute and two further goals in the next ten ended this game as a contest: Harvey Barnes curled one beautifully into the corner before Maddison struck again with a perfectly directed free-kick. Patson Daka added a fourth in the second half with a fine flick.

Leicester were good. Kiernan Dewsbury-Hall played some elegant passes, Youri Tielemans dictated play, Barnes stormed down the wing and Maddison, who’s been excellent in the main all season, was the best player on the pitch by quite some distance.

The concern for Cooper, in a game against a side purporting to be a relegation rival before this game, is that if you were to rank all the players on the pitch, the top half of that list would be dominated by the opposition.

And no player summed up Forest’s woes better than the display of Jesse Lingard.

Having gone to West Ham with the look of a very good player with something to prove, he now looks like someone who’s proven how good he is and thus no longer needs to bother trying to be that good.

That’s almost certainly not true, and if we know anything about Lingard it’s that his confidence knows no limits but is also incredibly fragile.

But given the criticism he received for moving to Forest in the first place, no goals, no assists and performances like this won’t do much to dissuade people that he went for a payday.

His two contributions of note were a pathetic attempt to clear the ball to gift Maddison possession for the opening goal of the game and an incredibly tame blocked shot having dawdled in one of few favourable positions for Forest to score.

And when things aren’t going Lingard’s way he disappears, or hides, depending how you look at it.

It’s perhaps unfair to single Lingard out from a line-up of Forest players arguably all as culpable, but it’s also reasonable to expect a player with 232 appearances for Manchester United and 32 England caps to be the talisman of this team rather than the harbinger of Steve Cooper’s sacking and Forest’s immediate relegation back to the second tier.

It feels as though Cooper is not long for this job. His exploits last term in taking Forest from the bottom of the Championship to the Premier League are a far greater gauge of his quality as a manager than this season has been with a higgledy-piggledy bunch of players, many of whom – one would suspect – he had little to no say in being signed.

But these players, with Lingard chief among them, or at least most front and centre, need drastic change, and the easiest recourse for drastic change at a football club is to dismiss the person making the tactical calls, rather than those failing to carry them out.