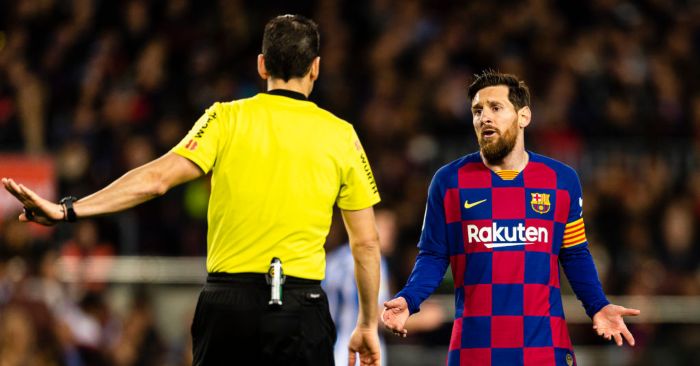 Six board members have resigned, the president is alienating everyone and Lionel Messi could leave. Oh, Barca.

With the football season having ground to an unscheduled stop, a hush has descended over the Spanish game. Without actual football, the only sound that can be heard (apart from the never-ending transfer chatter) is the civil war raging at FC Barcelona.

This week, in the latest bizarre turn of events in what has been a strange year for the Catalan club, six board members resigned at the behest of club president Josep Maria Bartomeu, including the influential vice-president Emili Rousaud.

The official line is that the resignations were requested as part of a ‘remodelling’ at the top of the club’s hierarchy, but it seems clear that there were irreconcilable differences between Bartomeu and certain members of the board.

Earlier this season, there were reports that Bartomeu had hired a public relations company called I3 Ventures to disparage and discredit his rivals on social media, including club captain Lionel Messi and veteran defender Gerard Piqué. Rousaud implied that he had been asked to resign as Bartomeu held him responsible for the leaks, which he denies. Now, Barcelona are planning to sue Rousaud for alleging (without naming any names) that someone at the club has had their “fingers in the till”.

The boardroom upheaval comes hot on the heels of a dispute between Bartomeu and Messi over the reduction of the players’ salaries during the coronavirus crisis. Messi felt the club had framed it as though the players were resistant to the idea of taking pay cuts, when in fact they didn’t want to be rushed into agreeing to wage reductions without ensuring club staff would benefit as a result.

The normally taciturn Argentine seems to have reached the end of his rope this year, and his frustration has caused him to publicly call out senior club figures on more than one occasion. In February he sternly and pointedly refuted suggestions from sporting director Eric Abidal that the players were responsible for the getting manager Ernesto Valverde sacked.

Messi’s future is up in the air, as he has a clause in his contract that would allow him to leave in the summer should he wish to. It seems that he is increasingly disillusioned under the current stewardship, and there have been reports that he will leave unless Bartomeu resigns.

One thing that is guaranteed is that Bartomeu will be gone by June 2021 when the next presidential elections take place, as he has confirmed he is not seeking to stand again.

The current favourite to succeed him is Víctor Font, who last week wrote a scathing open letter to the current board lambasting them on a number of issues. He is believed to be popular with the likes of Messi, Piqué and other influential players, and is likely to install club legend Xavi as manager if he is elected.

The promise of better days under Font may be enough to keep Messi at the club, but if his dispute with Bartomeu reaches the point where they can no longer work together then he may walk if the president refuses to do so himself.

Bartomeu increasingly resembles the dictator of a crumbling regime: paranoid and suspicious, desperate to cling on to power, turned on by his leading general and purging his cabinet. Even though he will be leaving next year whatever happens, he still seems desperate to consolidate power at all costs.

He’s lost the trust of his public and the loyalty of his troops. It seems that the club can’t move forward until Bartomeu is gone. Barça fans will be desperately hoping that when that day comes, their talismanic club captain hasn’t already been forced into exile.