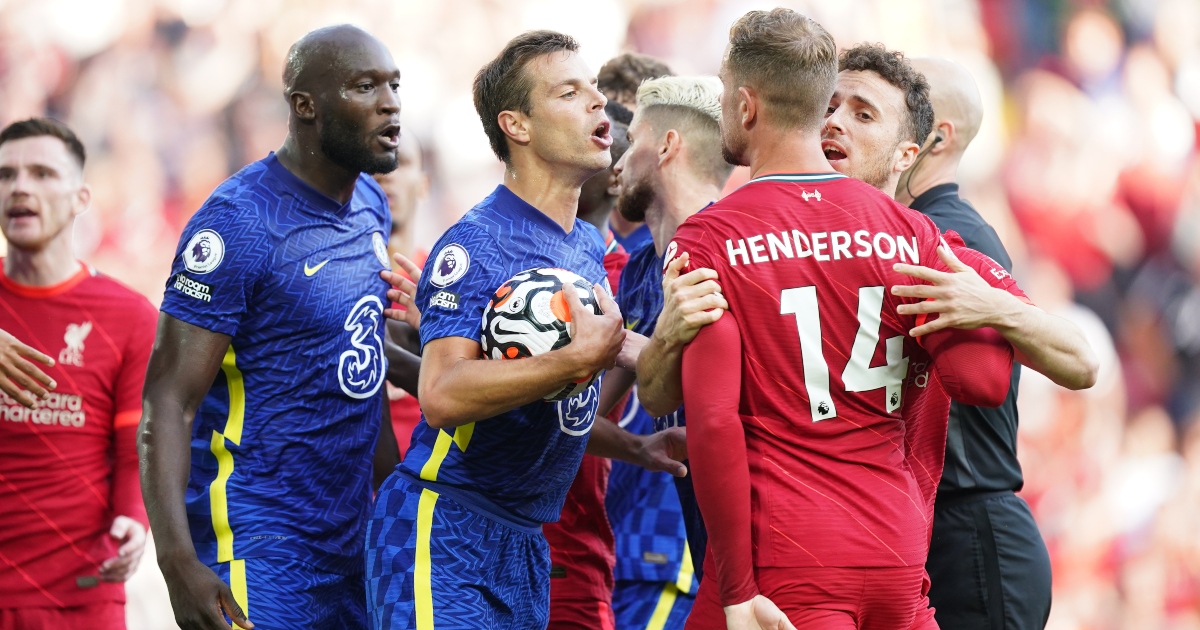 Before kick-off at Anfield, it seems hard to reason that either Jurgen Klopp or Thomas Tuchel would have turned their noses up at a point were it offered to them. But neither Liverpool nor Chelsea played for one. And both managers will go into the international break bemoaning a missed opportunity.

For Liverpool, the disappointment is obvious. Playing against 10 men with two-thirds of the possession for half of the first Premier League six-pointer of the season should have reaped more than a solitary point. Their attacking threat simply failed to match their numerical advantage and their domination of the ball.

For Tuchel, regret will not be the overriding emotion. The Chelsea boss will reflect on a magnificent defensive performance, individually, collectively and tactically, to leave Anfield with a draw few fancied them for at the break.

But Tuchel will also rue the twist of fate that stopped Chelsea in their tracks. The dismissal of Reece James curtailed the Blues attacking ambition, of which there was plenty in a first half performance that was similarly impressive to the second but for very different reasons.

As the clock ticked over into added time at the end of the first half, Chelsea’s plan had been executed almost flawlessly. Liverpool had been denied good opportunities and the Blues had threatened the Kop goal numerous times. They led through a well-planned and even better executed set-piece that saw Kai Havertz score a header he had little right to direct over Alisson, and should have carried a greater advantage having carved out more opportunities on the break.

Their front three of Romelu Lukaku flanked by Havertz and Mason Mount were able to charge at the Reds back four on at least three occasions. Much of the pre-match talk around Lukaku focused on his hold-up play and the possibility of pinning either Liverpool centre-back, but the £97million striker did his best work facing the Kop.

Having worked some fantastic openings, the only question Tuchel will pose of his attacking trio will centre on their decision making. Lukaku and Mount both passed up opportunities to play Havertz through on goal, which is perhaps forgivable given the greenness of their understanding.

But such profligacy came back to bite the Blues when James was dismissed before half-time for handling on the goal-line.

And it was all so preventable. Perhaps the only defensive mistake Chelsea made came courtesy of Marcos Alonso, who headed the ball from his own keeper’s hands when Edouard Mendy tried to claim Joel Matip’s attempt to recover a lost cause.

What followed was a scramble which saw James keep out Sadio Mane’s stab towards goal, first with his thigh, then his arm. Chelsea felt aggrieved but the movement of James’ right arm meant that a penalty was the correct decision.

Unfortunately, so too was his dismissal. The law is clear on that, even if the law is an ass.

The authorities persist with the double punishment to avoid the possibility of no punishment at all – certainly not one that fits the crime. If Mo Salah misses the penalty – not likely since he has now scored his last 14 in the Premier League – then Chelsea emerge from the episode unscathed while Liverpool have been denied a goal by foul means.

Unfortunately, the alternative robbed Chelsea of their momentum and the millions watching on a similarly pulsating second half.

What we got instead was something more impressive if not as entertaining. Chelsea put on a defensive clinic which limited Liverpool’s lethal attack mostly to shots from outside the box.

Mendy was kept active during the second period but none of his work was particularly taxing for a top-class keeper. Five of the six attempts Liverpool guided towards his target came from outside the box.

Edouard Mendy made six saves against Liverpool today; the joint-most by a goalkeeper this season and the most by a Chelsea keeper since the 2018/19 season.

Giving it his all for the Blues. pic.twitter.com/KpzICvsjwV

All because Chelsea’s defence formed an impenetrable barrier to prevent Liverpool getting too close to their goalkeeper. Tuchel’s back five were magnificent to a man. Cesar Azpilicueta made nine clearances – more than anyone on the pitch – and only Alonso matched his six tackles. Thiago Silva made as many interceptions as any other player despite being introduced as a half-time substitute, after which he contributed three of Chelsea’s four blocks. Antonio Rudiger and Andreas Christensen were similarly stoic as Chelsea refused to let Liverpool’s front three trouble Mendy, all the while committing not a single foul.

That Chelsea’s defence kept out Liverpool without N’Golo Kante screening them was even more impressive. The midfielder had to be withdrawn at half-time though injury, but Tuchel deserves credit for the way he remodelled his midfield a man light.

Matteo Kovacic replaced Kante and the Croatia midfielder performed his defensive duties admirably but he also played a huge role in giving his rearguard the occasional breather. Kovacic carried Chelsea up the pitch whenever he was granted the opportunity, making sure Lukaku wasn’t completely isolated. Somehow, Azpilicueta and Alonso often matched Kovacic’s bursts and from one foray forward, Chelsea created arguably the best chance of the second half when Lukaku saw his shot blocked by Matip.

There were positives too for Klopp. Matip’s performance was one and Harvey Elliot justified his inclusion over Thiago and Naby Keita as well as Liverpool’s refusal so far to buy the midfielder we all thought they needed. But perhaps their struggle to break down Chelsea in the second half highlights the absence of one more top-class attacking option.

The outcome certainly prompts more questions for Klopp than Tuchel.