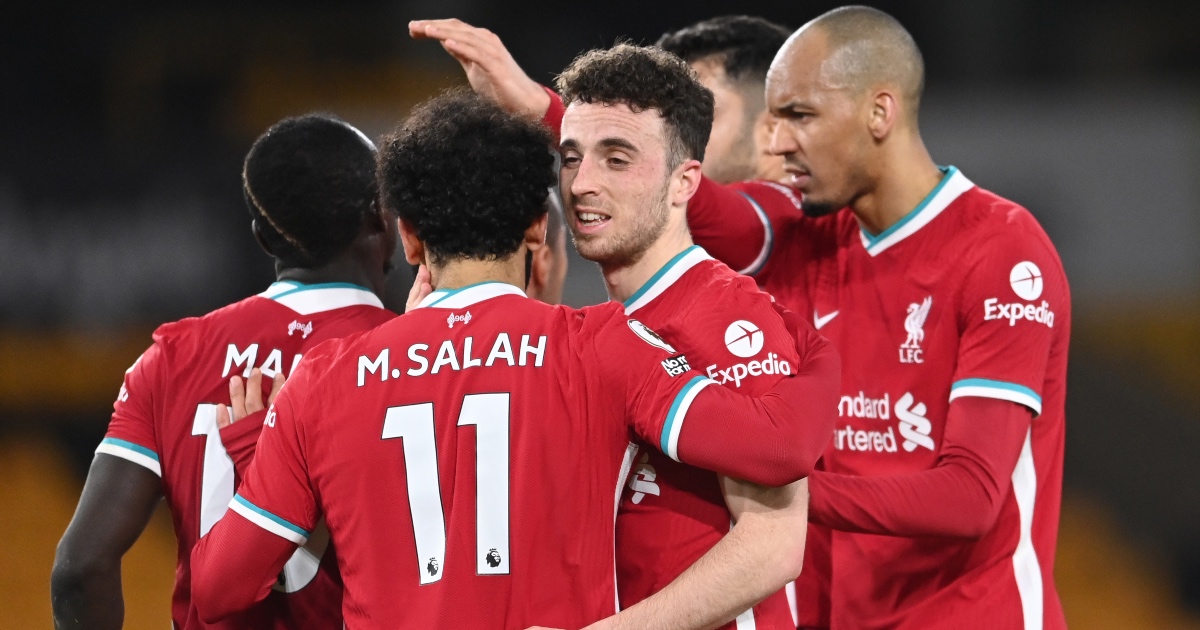 The neutrals were watching Liverpool games at this stage of the last campaign to marvel at their quality; they’re now watching to chuckle at the sudden, inexplicable absence of it. The injuries don’t excuse the remarkable drop in form of almost every Liverpool player; let’s not sugar-coat it, by their own extraordinarily high standards, they’ve been sh*t.

And the first 15 minutes at Molineux suggested this would be another game to add to the steaming pile: Alisson fumbled a cross and then took out Nelson Semedo in the box, with a penalty inexplicably not given; Trent Alexander-Arnold passed the ball straight out of for a throw-in before giving it away moments later; Thiago spurned possession on three occasions. Sadio Mane kicked one smart through ball straight out of play, then took too many touches as he tried to round Rui Patricio as he was sent clear from another.

Nuno Espirito Santo said before the game that Wolves “must attack” and it was notable just how high Adama Traore, Willian Jose and Pedro Neto remained in those first few minutes in particular – in a position to punish turnovers. And they perhaps should have done as Traore broke away and played in Nelson Semedo joining from deep, only for his weak effort to be easily saved.

Traore looked like he fancied it against Ozan Kabak. The young centre-back was understandably timid when the baby oil-lathered speed merchant dribbled at him (who isn’t?) but the way he backed off him when the ball was pumped forward from the back in the first half was odd. Height is possibly the only physical attribute in which Kabak holds the advantage – to allow Traore to bring the ball down unchallenged to make use his many other superior traits made very little sense. 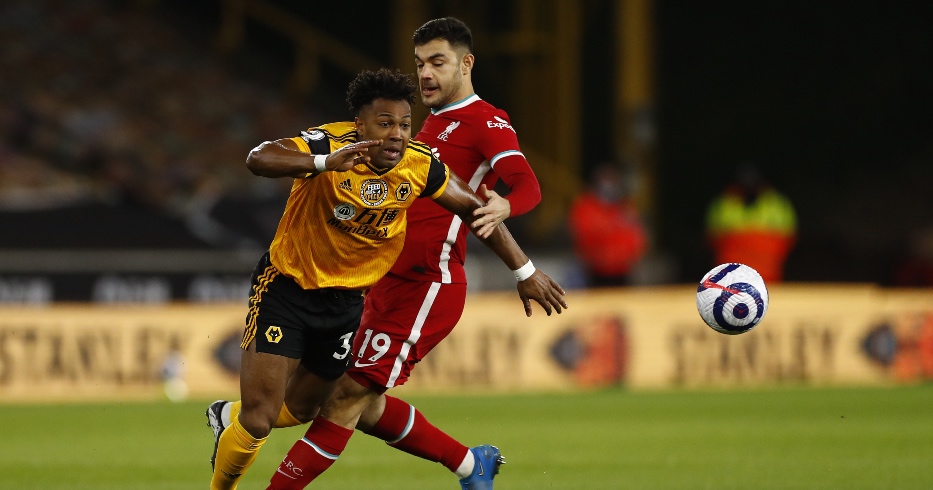 That said, Kabak does lots of good stuff. He reads the game well and generally makes the right decisions – an impressive attribute for a defender so young. He and the more dominant Nat Phillips make for a decent partnership as their three clean sheets as a pairing illustrates.

Liverpool did settle down slightly. Alexander Arnold delivered one delightful pass into the box for Mane to head wide in a period of reasonably sustained pressure, but there was never that sense of inevitability in what was a pretty short-lived spell in the first half.

The rest of the game saw the Reds play misplaced passes, take poor touches, with very little link-up between the front three and the rest of the team. They gave the ball away a lot, with Fabinho – who returned to midfield to earn rave reviews against RB Leipzig – as culpable as anyone. The control he usually provides, in and out of possession, was absent, dampening hopes that his return to his favoured position would automatically kick Liverpool back into gear.

But in one moment, so beautiful in its skill and simplicity, the front three took it upon themselves to win the game for Liverpool. It was a brilliant goal.

Mane controlled a high ball superbly before playing it quickly for Mo Salah, who played it first time back to Mane in a central position to open up his body and lay it into the path of Diogo Jota, who squeezed it past Rui Patricio. Five touches from three players, starting from a position of very little danger to Wolves. It was quick, decisive, deadly. It was Liverpool.

But that was it. Liverpool won this game more through Wolves’ lack of cutting edge in the final third – a problem that has defined their season in the absence of Raul Jimenez – than through their own game management and command of the ball, as was illustrated by a nervy last ten minutes which saw Fabio Silva shoulder a ball from five yards out straight into Alisson’s hands. Wolves have had the 14th most possession on average in the Premier League, but had 54% of it on Monday.

Liverpool weren’t better than Wolves, they’ve just got three supremely talented forwards who can combine, and did, wonderfully, on one occasion. It was “three dirty points” as Jurgen Klopp said after the game – a result to build on, but not a performance.