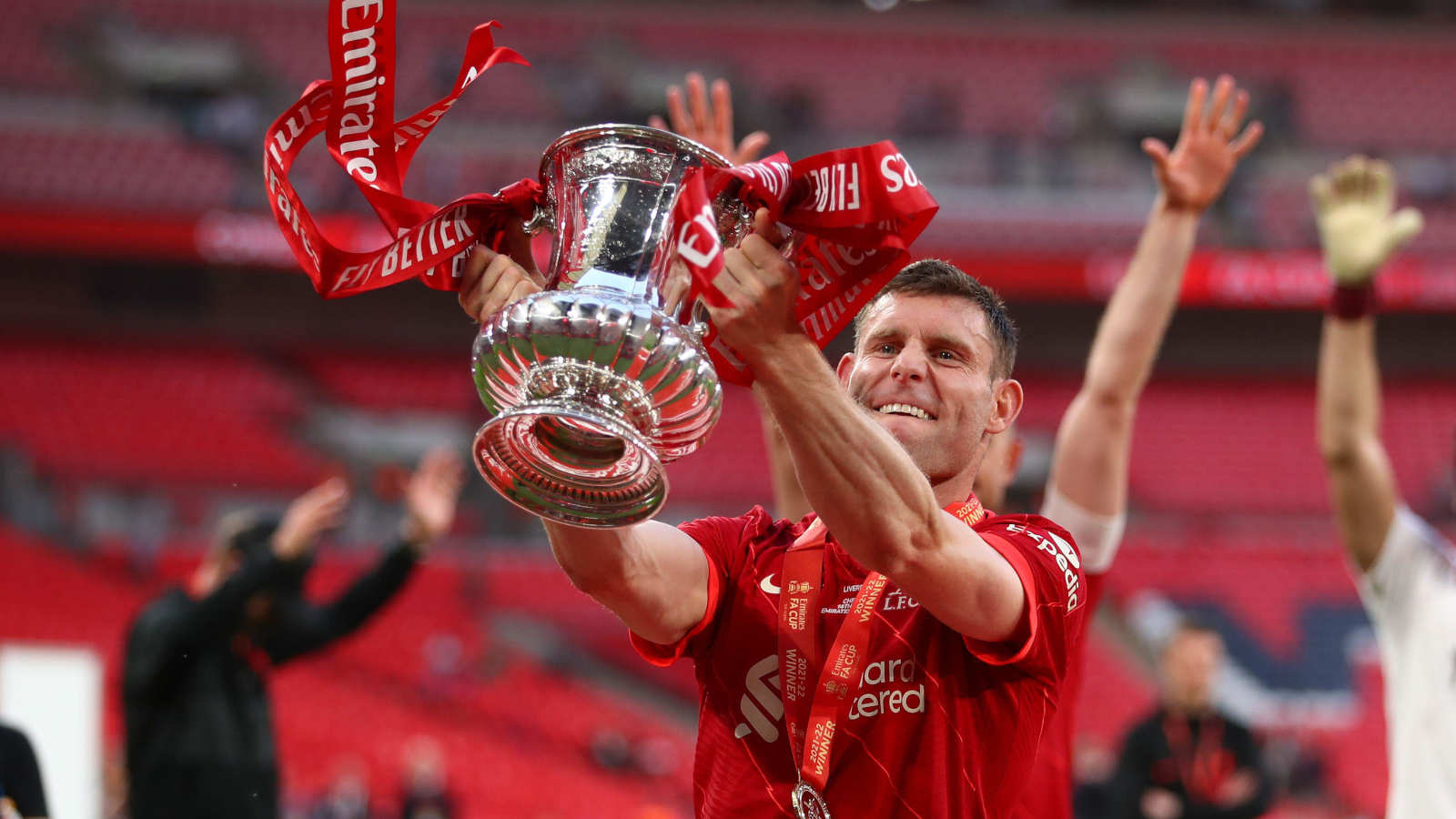 James Milner and Liverpool have committed to another year; it’s the absolute least that the elder statesman of English footballers deserves.

As they move into the latter stages of their careers, the influence of professional footballers can start to work in mysterious ways. Better training and conditioning have allowed them to last longer on the pitch than ever before, but the game itself continues to get quicker and quicker too, and the onward march of time can only be postponed for so long. Those who continue to flourish until well into their 30s have to bring something else to their clubs, and what they offer might not be immediately obvious from the outside.

The senior professional might not be as quick as they used to be, but what the legs have had to concede can be picked up by the brain. Years of accumulated experience can add an extra couple of yards in positional sense and anticipation. And it doesn’t end there. By setting an example of best practice in the dressing room and on the training ground, they can positively influence the behaviour of others just by being around.

The value of having these older heads in the changing room doesn’t seem lost on the very best coaches. At Manchester City, for example, Fernandinho leaves this summer at 37 after nine years with the club. His game time has become increasingly limited over the last couple of years, but his continuing place in the first-team squad has been ongoing evidence of the fact that sometimes what matters in terms of the dressing room can amount to considerably more than can be seen on the pitch. Compare and contrast the unity of purpose of Manchester City with the dishevelled look of Manchester United throughout the second half of last season and the constant leaking and rumours of factionalism within the dressing room there.

Forty-odd miles up the road from Old Trafford or The Etihad Stadium, a former City player whose influence upon the culture of a dressing room is unparalleled has decided to stay on for another year. James Milner occupies a unique position within the game in this country. Across a career that reaches 20 years from his senior debut for Leeds United later this year, Milner has played for five Premier League clubs with considerable distinction, ageing with a degree of grace that can be difficult for the 30-something footballer to achieve, while keeping himself in exceptional condition.

He started just 14 games for Liverpool last season, of which just nine came in the Premier League, but it’s clear that Jurgen Klopp sees Milner’s role as being about more than just what he brings when he’s on the pitch. Klopp has spoken effusively in the past about Milner’s fitness and the example that he sets, but contract talks are always something of a balancing act for all concerned. The footballer with a 20-year Premier League career probably doesn’t have to worry about money, but is likely to be thinking about what comes next. Milner wasn’t short of options, and with Liverpool being a club who try to run themselves on a basis of financial sustainability, reaching an agreement for another year that suits all parties may not have been straightforward.

But agreement has been reached, and it’s absolutely one that suits all parties. Milner is a versatile player – last season, Transfermarkt has him listed as having played in three different positions, even though he only featured in 24 Premier League matches, coming off the bench in 15 of them. That’s a useful string for a manager to have in their bow, especially if the manager knows that the player is about as experienced and committed – Milner has been reported to have taken a ‘significant pay cut’ to stay another year – as it’s possible to be. As with most managers, Jurgen Klopp can be prone to hyperbole, but his comments upon confirmation of the new contract stood out nevertheless:

“Typically, the discussions we had around extending his contract were centred on: what kind of contribution do we see him making as a player? My answer to him was the same I’ll share with supporters: we don’t limit it. We just want the same from him again, because that’s not possible to replace. He can still do it and we still need it. So I’m grateful he answered the call and agreed to give us the extra year of his extraordinary career.”

Find a boss who says that about you.

And it has felt as though there has been a growing respect for James Milner as his career continued. He was memefied years ago but has taken it in good humour, and to still be delivering near the pinnacle of the world game is an achievement which commands respect in and of itself. Between Manchester City and Liverpool, he’s won the Premier League three times, the FA Cup and EFL Cup twice each, the Champions League, the Super Cup, the World Club Cup and the Community Shield. He’s only a Europa League (and a Europa Conference League) from a full house of silverware from a club career that turns 20 this year and which has included more than 800 appearances across all competitions. He even found a way to retire gracefully from the international game. After 61 appearances for England, including four major tournaments, he called it a day six years ago, and even declined an enquiry from Gareth Southgate about returning for the 2018 World Cup.

There has even been talk that Liverpool may be preparing Milner as a possible successor to Jurgen Klopp, and though this is clearly mere speculation and would likely be years off (Klopp recently signed an extension on his Liverpool contract to 2026), it’s something that would… make sense. Milner will turn 40 at the very start of 2026, while Klopp will have marked 10 years at Anfield a couple of months before. It would make more sense than succeeding Klopp with Steven Gerrard on the basis of what Gerrard may or may not achieve with Aston Villa, and if there’s one thing that Liverpool have definitely been over the last few years, it’s sensible. In that respect, the agreement of this contract feels like the continuation of a perfect match.