Home F365 Says F365 Says: No need for Liverpool or Henderson to be hasty 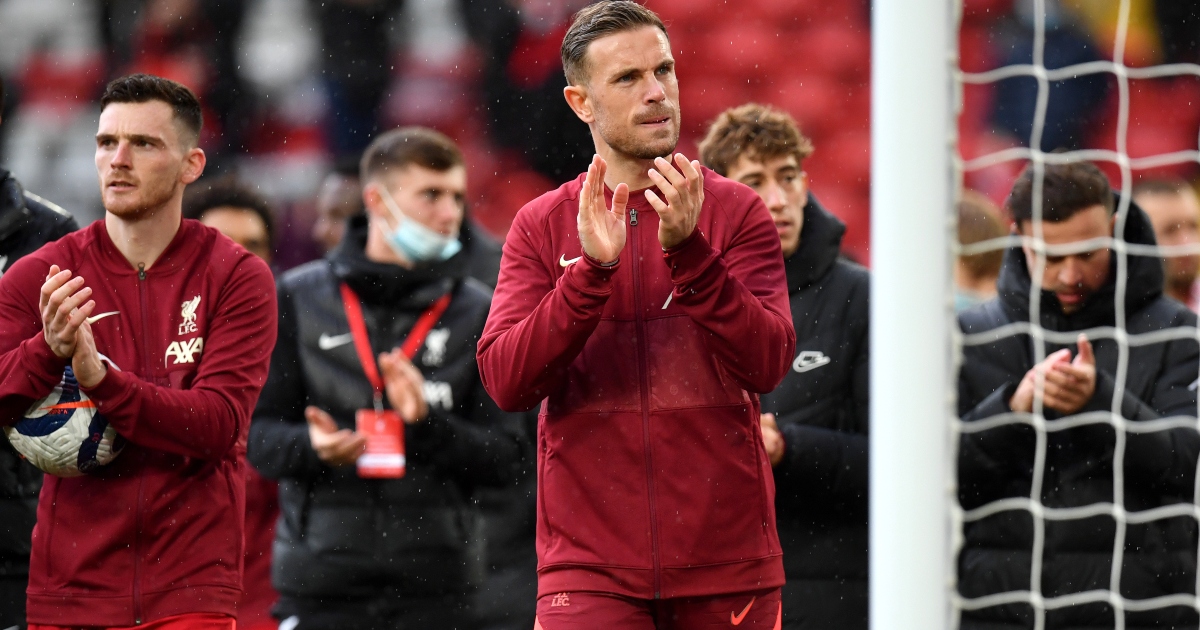 Unease over the Jordan Henderson contract situation is understandable after another exit. But Liverpool and their skipper need not rush…

Having just waved Gini Wijnaldum off to PSG, with nothing in return other than some warm words and fluffy sentiment, it is easy to understand why there is unease around Liverpool over Jordan Henderson’s contract situation.

The captain has reportedly been in talks with the club over an extension to his current terms but, according to The Athletic, ‘no real progress has been made’.

Given Henderson’s commitment to Liverpool – the team, the club and the wider community – and Jurgen Klopp’s affection for his skipper, many perceive the deal as easy. That the two parties are still some way from an agreement is rankling with some supporters who want to see Henderson tied to the club for the remainder of his career.

Any panic is certainly premature. Henderson still has two years remaining on the contract he squiggled on in 2018. Wijnaldum’s exit has prompted many around Anfield to fear a repeat of a situation that got away from the Liverpool hierarchy, but there is still plenty of time to avoid that scenario.

Precisely a year, in fact. Next summer, should Henderson enter the final 12 months of his contract without at least the framework for an extension in place, then Liverpool may have to consider taking decisive action if they want to avoid losing another of their best midfielders for nothing.

From Euro 2020: Wijnaldum: The perfect Dutch midfielder Liverpool will miss

In the meantime, Henderson has to demonstrate that he remains just that.

The England star has nothing to prove to any of his doubters – of whom there were many, inside Anfield and beyond – and should the need arise, the 31-year-old can put his Champions League and Premier League medals on the table.

But Henderson is savvy and humble enough to recognise that a place in Klopp’s XI cannot be earned on previous achievements alone. The captain has to prove this season that he remains as pivotal to Liverpool’s midfield as he ever was and that he offers more than simply leadership.

The importance of that characteristic cannot be understated, and never does Henderson’s influence slip under Klopp’s radar. The Liverpool manager rarely misses an opportunity to profess his love for his captain.

But Klopp’s hugs don’t pay the bills and those above him in the Anfield chain of command have to put a price on Henderson’s worth. To renew the skipper’s contract on the salary his agent will be asking for, Henderson will have to rediscover something close to the form that made him the 2020 FWA Player of the Year.

He failed to maintain that level last season – for good reasons. His own injury concerns restricted him to 21 Premier League appearances, his second-lowest total since joining the club from Sunderland in 2011. And when he was available, his versatility was required to cover for absences elsewhere, with around a third of his 28 appearances in all competitions coming as an emergency central defender.

Barring catastrophe, there should be no reason to repeat his secondment at centre-back. So Henderson, when he returns to Melwood in a fortnight, can focus on his own fitness – he didn’t play for Liverpool after February 20 – and the task of re-establishing himself in a midfield much changed from the unit he thrived in during Liverpool’s title-winning season in 2019/20.

Wijnaldum is gone; Thiago must prove that he has finally settled into a defined role; while Klopp is also chasing another midfielder ready to come straight in to his XI. 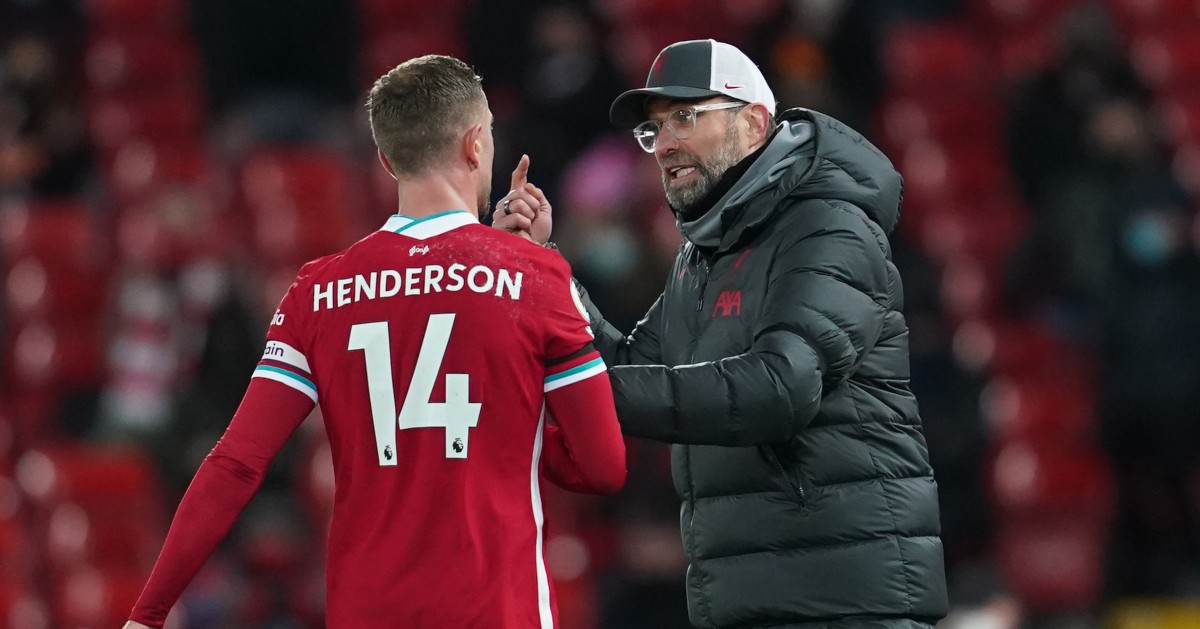 Good egg that he is, Henderson will no doubt be relied upon to help any new arrival to settle in at Anfield. But the skipper must also find his own feet in Klopp’s remodelled engine room.

A positive season for Henderson in that regard would surely allay fears of Liverpool losing their captain next year, with PSG and Atletico Madrid already said to be monitoring the situation. The longer it remains a situation, the further the queue of suitors will grow from the Anfield door.

Klopp will be loathe to lose Henderson in the same summer as another leader, 35-year-old James Milner, and the former believes he can contribute for Liverpool as consistently as the latter to a similar age. But Henderson, should he still wish to “be here for as long as I can be”, must first prove his worth this season before the long term becomes a more pressing concern next year.