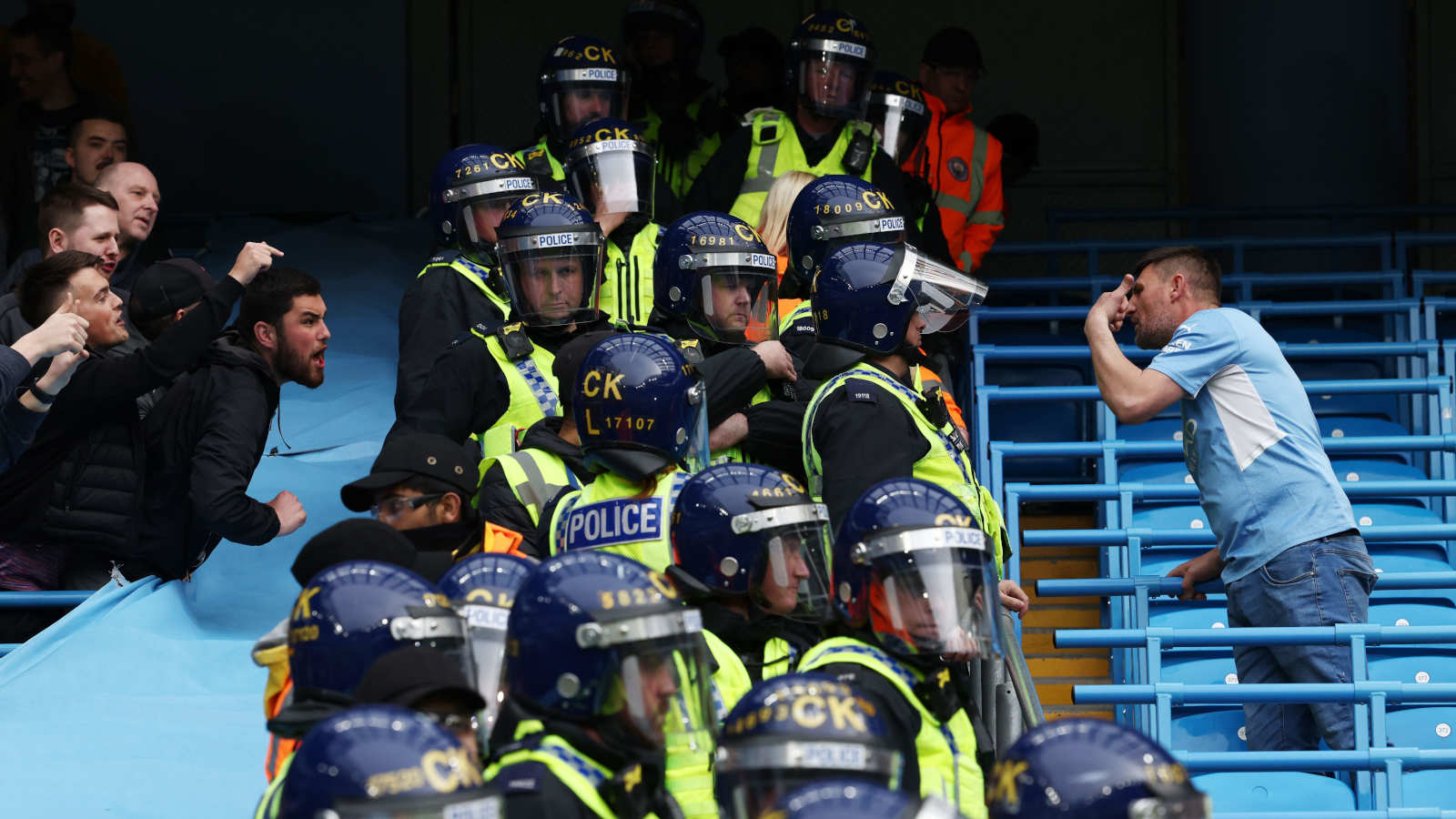 Liverpool and Manchester City are going head-to-head for three trophies this season, but the rivalry is struggling to catch light.

In the build-up to the match between Manchester City and Liverpool, it felt as though there was a clamour for it to represent something more greater or more meaningful. City may be chasing a treble and Liverpool a quadruple at the end of a season when these two clubs have already proved themselves to be head and shoulders above their rivals both domestically and in European football. But this, it seemed, wasn’t enough.

There was an apparent desire on the part of many onlookers for this to develop into the defining moment of a nascent rivalry. But what does ‘rivalry’ mean in the 21st century? And is it possible to truly replicate the frenzied rush of emotions of a local derby for two clubs with no particularly great history of mutual animosity, in which the feud largely constitutes a simple race for as much silverware as possible?

No definitive answers to these questions were provided by the match itself. While it was a tremendously entertaining game played between two superbly talented teams, there was little blood and thunder. Even the result itself was inconclusive. With honours even, the destination of the Premier League title was not definitively decided, and with an FA Cup semi-final to follow and the probability of the two clubs having to play each other again in the Champions League slowly reducing, it felt at the final whistle as though the biggest battle between these two clubs this season may be yet to come.

But after the final whistle there were complaints that if it exists at all, this rivalry was a little too ‘friendly’. The managers and players themselves embraced at full-time, an entente cordiale that deeply aggrieved those who want the language of the closing stages of this campaign to be conflict. The players, it was posited, didn’t hate each other enough, and the reaction of the managers towards each other didn’t meet the expectations of those who wish for Liverpool versus Manchester City to mean something beyond the two best football clubs in England – and quite possibly Europe or even the world – going toe-to-toe for the Premier League title, the FA Cup and the Champions League.

This level of mutual respect is nothing new, certainly not between the coaches. Pep Guardiola and Jurgen Klopp have been direct rivals since they were both in the Bundesliga – Guardiola with Bayern Munich and Klopp with Borussia Dortmund – but rather than fire pelters at each other through the press, the defining characteristic of this relationship has been comradeship. Guardiola has previously described his relationship with Klopp as a “beautiful rivalry”; Klopp has called Guardiola his “greatest rival ever”.

This is clearly unacceptable for a sizeable proportion of the baying masses of social media, who often seem to treat the game more like a soap opera than a sport. It often feels these days as though winning isn’t enough for some, as though no celebration can feel complete without another party suffering at the same time. ‘Cry more’ has become the rallying call of the modern edgelord, and these people exist as much on the periphery of football as they do in every other area of life. That their empty derision should be ignored doesn’t always mean that it can be.

Both Guardiola and Klopp could turn the heat up under this rivalry; either may, at any moment, make a comment in the media that would set social media ablaze. And the fact they choose not to is instructive. We can reasonably assume that neither consider it beneficial to crank up the volume. In an age of obsessing over analytics and when the game is treated more like a branch of science than it ever has been before, perhaps this shouldn’t surprise us. Both coaches know full well that they have an outstanding group of players. Both teams are good enough to beat the other on merit, on the pitch, and with no necessary recourse to the dark arts, when they’re on top of their game.

Things certainly haven’t always been like this. The Premier League duopoly between Manchester United and Arsenal fizzed with what often felt like a genuine hatred between the two sets of players. In the altogether more bygone era of the late 1960s and early 1970s, the Leeds United of Don Revie played as though they were spoiling to start a fight in an empty room if no opponents were willing to square up to them. If English football had a Guardiola and Klopp at that time, it was probably Revie and Brian Clough, then of Derby County, and there seemed to be little mutual respect there. Aggression has always been part of the game and it hasn’t always been used for noble reasons.

And there is a large, red devil-shaped elephant in the room at the heart of discussions over the nature of this particular rivalry; even if it seems reasonable to suggest there is no love lost between Liverpool and Manchester City, it is equally fair to suggest the supporters of both dislike Manchester United considerably more than they hate each other. Both clubs’ rivalries with United are cultural and historical; there’s no suggestion that either came about because pay-TV broadcasters needed a little extra spice to go along with these silverware chases.

Perhaps it’s just an irony of the importance of football. As those who watch the game from a distance have tended to become increasingly hysterical about the game because they deem it Too Important, perhaps any rivalry between Liverpool and Manchester City themselves is being tempered by these matches being rendered Too Important by the amount of money involved. Aggression can easily become hot-headedness, but any lack of control could have expensive ramifications, whether through goals conceded by a lack of concentration or by disciplinary issues brought about by impulsive behaviour. But it’s also possible that both the managers and the players of the biggest clubs have this level of respect because it’s impossible not to see the quality in their opposition. With the end of the season starting to come into view, they can almost certainly do without any distraction.