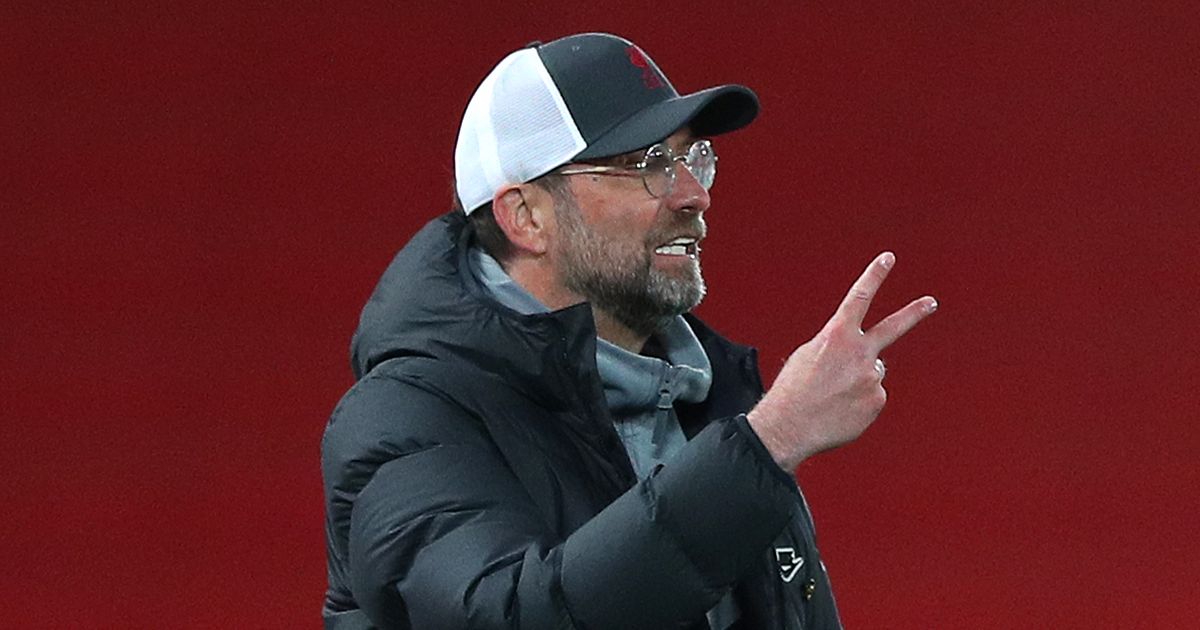 This is more than a step back for Liverpool. Jurgen Klopp celebrated fourth in 2016/17 and they must master those mini skirmishes again.

And then there were none. There will be no fresh ink on the trophy count wall at Melwood. After a glut of cabinet filling, Liverpool have fallen away badly from the winners’ circle. The chat about Wednesday night is best dealt with elsewhere.

Things started to go wrong when Jurgen Klopp sang “Last Christmas” during Liverpool’s festive message last year. Who could have blamed him at the time? Wham’s magnum opus once spent 147 weeks in the German singles chart. Liverpool had just beaten Crystal Palace 7-0 to go five points clear at the top. Despite everything, the injuries et al., things were looking up for the Reds.

Thereafter, the Club Tropicana drinks turned into turpentine at Anfield. The first quarter of 2021 has been one of the worst hangovers possible, a truly epic XL annus horribilis. Now Liverpool stare into an abyss where they will be watching the main events and trophy presentations from behind twitching curtains. The red ribbons are ragged. Klopp’s army has laid down their major artillery and must now win mini skirmishes. Whatever meant more, the only thing that matters is the here and now of scrambling for birdies in the last few holes just to make the cut.

The next month is going to be huge. Can this team, salivated on success, keep pushing just to get in to the minor placings?

From a position of domestic, European and world domination, where every result seemed as important as life itself, Liverpool now have to try and lower their sights back to the early days of the German’s reign. Getting fourth was the thrust that Klopp celebrated in his first full season in 2016/17. For now, that’s what it’s all about again after two seasons of excellence. It’s a step down. And then some.

This is not the same machine. The factory reset has appeared to clear the memory banks of what it took to win football matches with clarity and precision. Liverpool 19/20 were not a perfect unit but they were savage in their efficiency.

That miserable reverse against Los Blancos in Madrid a fortnight ago was their ninth in just 16 games. Watch again and for the first ten minutes, Liverpool hound Real, penning them in and forcing mistakes. But then something happens. The mind becomes a fog. They fall back. They retreat. There’s no pressure on the ball. After a good hour against Aston Villa, Liverpool became lost again in the mist and only prevailed due to a TAA Gerrard special.

In 2021, losing has become almost as commonplace as sulking and skulking on EastEnders. The sheer drift of the season has been an empty echo that has caused Liverpool to sleepwalk until they were almost ready to stumble off the set. The main actors are hobbled. But the extras are still good enough to do better.

There has been a sudden realisation that they do not want to be painting Anfield red on Thursday nights. Beating Bordeaux in the Europa is an era of Jordon Ibe and Kolo Toure. As Steven Gerrard once famously said on the eve of that game against Olympiakos in 2004: “I don’t want to wake up tomorrow morning in the UEFA Cup.” It could be worse. There’s the Europa Conference League to dread as well. At least they looked more like their ‘old selves’ on Wednesday, but the mechanics need more than a bit of WD40.

Signs of recent life have been semi-encouraging with three straight league wins, including an impressive dismantling of an Arsenal side that simply didn’t turn up. Is it just a visage, though, a statistical quirk that can be used in the wrong context? Which games are this Liverpool going to definitely win? It’s been hard to predict. Leeds are bouncing from victory over Manchester City and may be able to run harder and faster than ever on Monday. Liverpool must find a different fuel to propel them as if it was the first day of the season when that ding-dong 4-3 showed a few clues as to the problems they would have now.

The Reds have certainly lost the thrill of the chase. The next few weeks will be a case of trying to fire up the boiler when the pilot light has been out for too long. The salvage operation of fourth is at least a foothold for future nostalgia. This year is going straight into the deepest unrecoverable archive.