Home Liverpool Liverpool are not issue with Covid postponements; opaque rules are 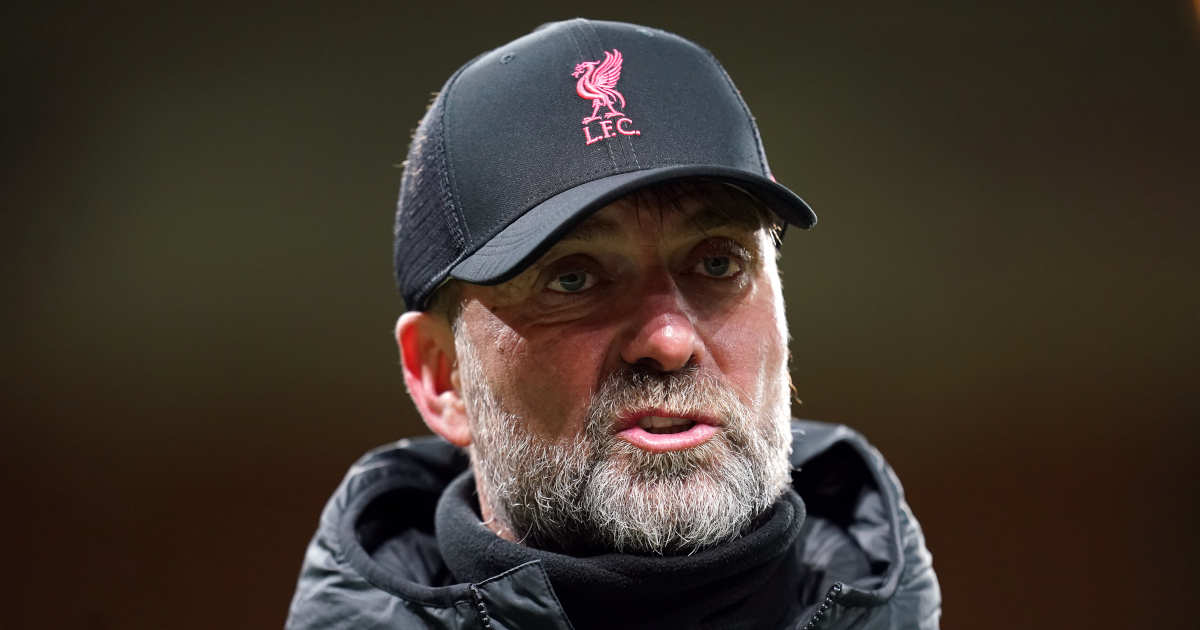 Liverpool raised eyebrows over their Carabao Cup postponement, but a lack of clarity over the rules is fuelling the bad faith merchants.

That eyebrows raised should hardly be surprising. Jurgen Klopp’s desire for a winter break has been documented for as long as he has been coaching in this country, and Liverpool are among those clubs successful enough to have genuine concerns that a fixture pile-up could derail their season. Mix that with the fatigue that everyone is feeling over this confounded pandemic as it approaches its second anniversary and the bad faith in which absolutely everything has to be taken these days, and all the ingredients are present and correct for another storm.

Liverpool’s Carabao Cup semi-final first leg against Arsenal was postponed due to positive tests among the Liverpool players. This sort of late postponement has become commonplace in recent weeks, and to say that it’s undesirable would be something of an understatement. These matches have to be played at some point – since two-legged Carabao Cup semi-finals are still, for some reason, a thing – and cup matches in particular cannot be postponed anything like indefinitely, while the financial implications of breaking contracts with broadcasters and inconveniencing travelling supporters are hardly inconsiderable.

Liverpool closed their Kirkby training centre the day before the match and said that a ‘severe outbreak’  meant they could not field a team, which was rescheduled for January 13. But after their 4-1 win against Shrewsbury Town in the FA Cup, a match which saw Liverpool start with four teenagers in their starting XI, it was confirmed that only Trent Alexander-Arnold had actually tested positive and that the remainder of the tests had eventually returned as negative.

Liverpool’s players are reported to have gone through at least two rounds of testing prior to the postponement. The first, which involved the use of lateral flow tests (LFTs), highlighted a number of positive cases, and the second, for which generally more reliable polymerase chain reaction (PCR) tests are carried out by an independent laboratory, also highlighted a number of positive cases. But a third round of tests conducted after the scheduled first leg indicated that almost all of the players in question had actually tested negative.

So what is the expected efficacy of these tests? Well, LFTs and PCR tests do carry out different functions. LFTs pick up the most infectious people by detecting material from the surface proteins of the virus, while PCRs detect genetic material of the virus which can be present in the body for several weeks after somebody is actually capable of passing it on.

The reliability of LFTs depends in part on how carefully the instructions are followed when being completed, which is why studies give varying estimates of their efficacy, from 40% to 90%. A recent paper demonstrated that LFTs, when used correctly, are likely to have a sensitivity above 80% and in many cases above 90%. After carrying out tests, the UK Health Security Agency has stated that LFTs have a ‘comparable sensitivity’ for Omicron to other Covid variants such as Delta.

But none of this is as precise a science as most of us would wish it to be. It is known that PCR tests can be too sensitive, and can continue to show a positive result long after the testee has ceased to be contagious, but the fact that the Liverpool players seem to have reported positive for both tests and then subsequently negative certainly seems to be unusual. LFTs can cause false positive results, although it has been estimated by Public Health England that only 0.03% will do so. If anything, false negative tests have been a greater issue, with a false negative rate of between 25% and 30%. This is also the case for PCR tests, although the false negative rate drops to around 5%.

Considering all of this, it is unsurprising that the EFL came under pressure to investigate what, exactly, the circumstances surrounding this cancellation were. Bad faith merchants will be largely interested in whether Liverpool may or may not have been ‘gaming the system’, but there’s nothing solid which confirms that they did, and while the sequence of events that the club has described is plausible, if statistically unlikely, it’s also worth asking why Liverpool would want this match postponed when their next fixture was a home FA Cup match against lower-league opposition and they beat Arsenal 4-0 in the league less than two months ago.

But there are further questions to be asked about the rationale behind the decisions being made  with regard to match postponements. Leyton Orient supporters, for example, would be quite justified in asking questions; their third-round match at Spurs last season resulted in a bye for the home team after positive tests meant they were unable to fulfil the fixture on its original date.

The rule that led to Orient’s expulsion from last season’s Carabao Cup was revised during the summer to read that, ‘the Management Committee shall use its reasonable endeavours to rearrange the fixture for the earliest reasonable opportunity (including but not limited to arranging for the Competition Match to be played at a neutral venue) which will not be later than the date of the first competition match scheduled to take place in the immediately following round’, and added that the EFL’s ‘general position’ is that if a club has 14 players available they will be expected to fulfil the fixture, although ‘the EFL will review each circumstance on its own merits’. But the plain fact is that the lack of clarity surrounding these rules is only adding to the sense that rules are being made up on the hoof and with a potential bias (whether conscious or not) towards bigger clubs.

It’s ‘reviewing each circumstance on its own merits’ that is the obvious issue, here. Many contracts or sets of rules and regulations would contain such a clause because those writing them can never account for every circumstance. But it does feel as though these ‘exceptional circumstances’ are being too heavily leaned upon, especially when we consider that no club has yet come close to having to start a match with only 14 fit players. Did Liverpool ‘game’ the system? Well, they lost home advantage for the second leg of their Carabao Cup match and the perceived benefit from having it put back by a week seems pretty nebulous, and even if they did, let’s not go pretending that this particular club would be unique in their self-interest and that other clubs are virtuous beyond reprimand.

The whole point of having these rules in the first place is that it is unreasonable to expect people to always act virtuously. The headlines about Jurgen Klopp will distract from a schedule that has been packed too tight, rules that are opaque to the point that it often feels as though the governing bodies are making them up as they go along, and vested interests that go some way beyond who wins a football match. If the rules themselves had been better written and more consistently applied from the outset, this very conversation probably wouldn’t be happening in the first place. Liverpool aren’t the problem here. If Covid is to become endemic and we’re all going to have to ‘learn to live with it’, we are going to need much clearer rules.