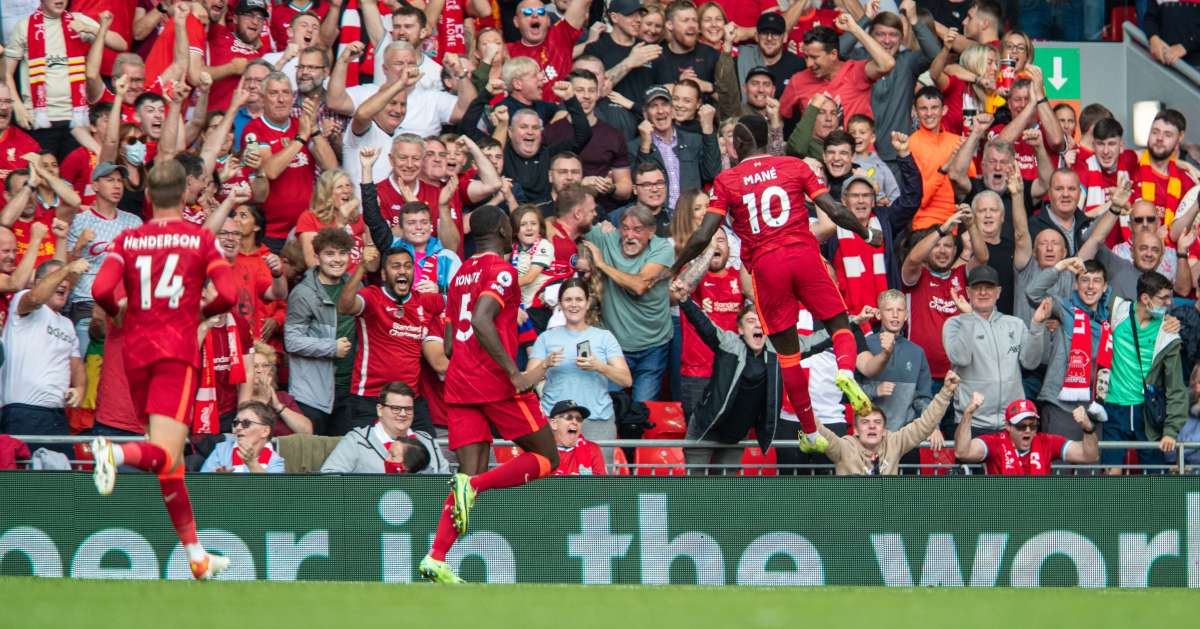 Third on the list of things football fans love to do is to get really angry at anyone who doesn’t support their team doing either of the first two things.

(Fourth is going “WAAHAAAY!” when a goalkeeper shanks a clearance, and fifth is drinking.)

Anyway, back to the original point, from which we’ve already strayed wildly and self-indulgently inside 100 words.

And we’re seeing it now with Liverpool. It sort of began with how scrambling into the Champions League places at the end of last season represented success rather than the barest of minimum targets achieved. But then there were mitigations. Having not one, not two, but three centre-backs ruled out really did ruin things. As it would for any team. We all know what happened next, with midfielders forced to fill in with the subsequent destabilising of that area of the pitch, leading inevitably to problems up front as well. It was a mess and, while Jurgen Klopp didn’t necessarily always make entirely perfect decisions when trying to clear it up, it was clearly a really difficult mess to clear up.

From the position they found themselves, you can see how Champions League qualification could be spun as success.

But the conditions that made it so no longer apply, and yet that kind of underdog mentality has still bled into this season. The calibre of opponent Liverpool find themselves up against (we hope it doesn’t offend Chelsea fans too much to say you have a really ferociously, terrifyingly good team. Are you triggered? Are you? Did we trigger you by saying how great we think N’Golo Kante is? Yeah, we did) means that it’s fine to say failing to win the title need not be a disaster.

They absolutely should be in there challenging for it, mind. This is true for four clubs. Our deep-dive analysis is this: Manchester City, Manchester United, Chelsea and Liverpool are all very, very good indeed, and importantly much better than any of the other 16 teams in the Premier League.

One of these four will win the title, but should be pushed all the way by the other three. If any fall short of even that, it will be massively disappointing. This seems to be widely accepted about three of the four.

Chelsea have made the mistake of being the most eye-catchingly impressive of the quartet so far this season. A title challenge is now mandatory.

Manchester City are Manchester City. The manager has picked a weird fight with his own fans but nevertheless a title challenge is mandatory.

Manchester United have brought in three excellent players, including one who is legitimately in the conversation when deciding the greatest ever. A title challenge is now mandatory.

There can be no complaint about any of these assessments. Yet the talk around Liverpool is ever so slightly different, as if they are somehow the plucky underdog outsider of the four even though they now have all their defenders back in a team that won the Champions League and little more than a year ago was winning the league at an absolute canter.

There is some justification in saying they might have stood still since then while those around them have conspicuously improved playing staff, manager or both. But Liverpool’s standing start was still from a pretty invidious spot with an excellent squad and elite manager; the first XI is incredibly tough to upgrade, and this season they could break all known records for the impact of players who are “just like a new signing”.

While it’s always a gamble to risk displeasing the red half of Merseyside on the internet, we’re going to have to take that chance here. Sorry guys, but you have a really good football team and an excellent manager. I’m afraid it’s entirely possible that you will win the league and it won’t be a big surprise if you do.