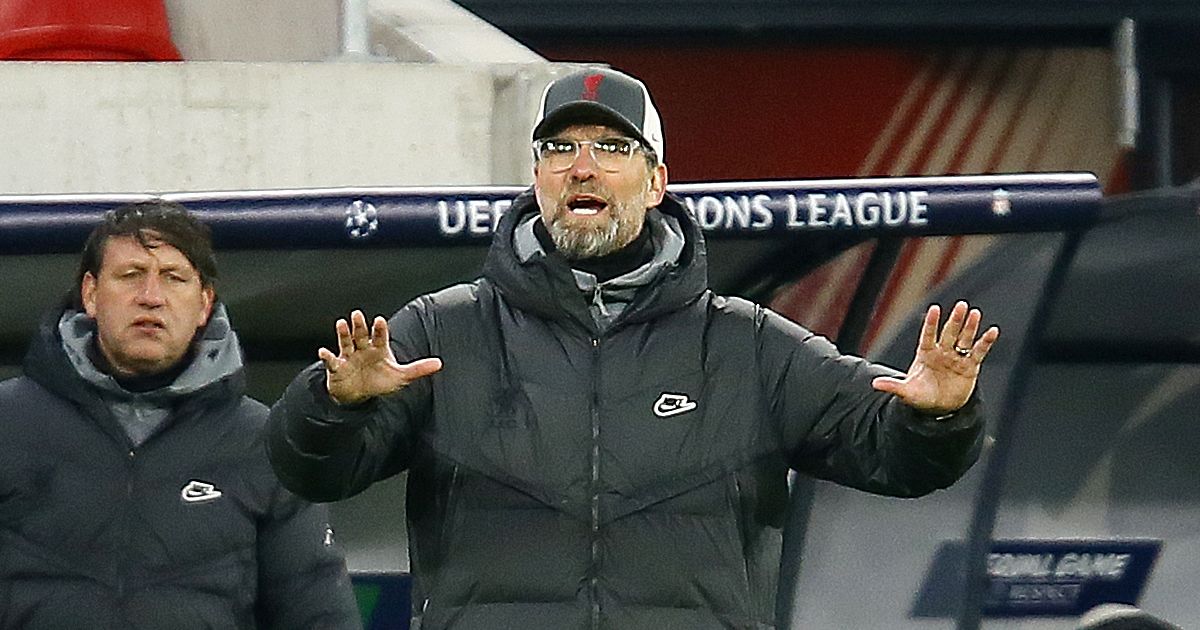 It was about the result, so the performance was a welcome surprise. Liverpool have played better and lost, or played much worse and won. Jurgen Klopp will be delighted that they married the two so effectively on Tuesday evening.

Not for the first time this season against an English side, Leipzig were made to look like muppets. From the post whispering, ‘Tickle me, Olmo’ in the opening stages to Marcel Sabitzer and Nordi Mukiele transpiring to hand a couple of the continent’s most prolific forwards decisive opportunities within five second-half minutes, the game – perhaps the tie – was settled by the ruthlessness of a predator stalking its naive prey.

After spending the past week or so finding different ways to shoot themselves in the foot against high tier opposition in the Premier League, it must have been a relief to Liverpool that their faux hosts were intent on turning the gun on themselves. The Reds did not particularly force those crucial mistakes but they certainly capitalised on them in the same way Manchester City and Leicester have recently.

Mo Salah was merciless in latching onto a misplaced pass in Leipzig’s own half, while Sadio Mane was without remorse in punishing an untimely slip and handing the Reds a two-goal advantage to protect at Anfield next month. Hwang Hee-chan came so close to halving that lead in stoppage-time but, for probably the first time this year, Liverpool took a positive step without caveats.

They bloody well needed that. Not since November 2014, when Brendan Rodgers was presiding over defeats to Newcastle, Chelsea, Real Madrid and Crystal Palace, had they lost four successive games. The nature of knockout football, a format that perfectly suits this manager and team, meant that the draw was a viable option, particularly with the sides level at half-time. The commentators and pundits at BT Sport went to painstaking lengths to stress just how superior Liverpool had been but it was far more even than they let on. The quality from both teams was excellent.

Then Leipzig blinked first. Liverpool had two shots in the second half, both a result of opposition error, both converted with unerring confidence by a side whose collective belief has surely been dented over the last few weeks. It was a reminder for Liverpool, as much as everyone else, just what they are capable of.

Even before the goals there was much to appreciate. Thiago was so much better, with Curtis Jones alongside him somewhere even more at home in this environment. Trent Alexander-Arnold was brilliant. Andy Robertson almost played an inadvertent role in Leipzig keeper Peter Gulacsi’s 40-yard net-based asphyxiation. Georginio Wijnaldum was his usual repellent self.

Has anyone ever dispossessed Georginio Wijnaldum?

The instincts are still strong, the automatisms still embedded. After Salah dispossessed Lukas Klostermann near the halfway line and played Roberto Firmino in down the right for the Brazilian to cross and Mane to head just over, Klopp’s yell of “outstanding” was audible from the sidelines.

They are still playing for him and each other. It seems such a facile, ludicrous point to make yet it is one that some need to hear. Liverpool remain a force to be reckoned with, particularly in these surroundings. Their pedigree over two legs is unrivalled.

That they aren’t as good as they once were serves only as a reminder of how high they have set the bar. Leipzig showed just how much fear they can still induce in any team.