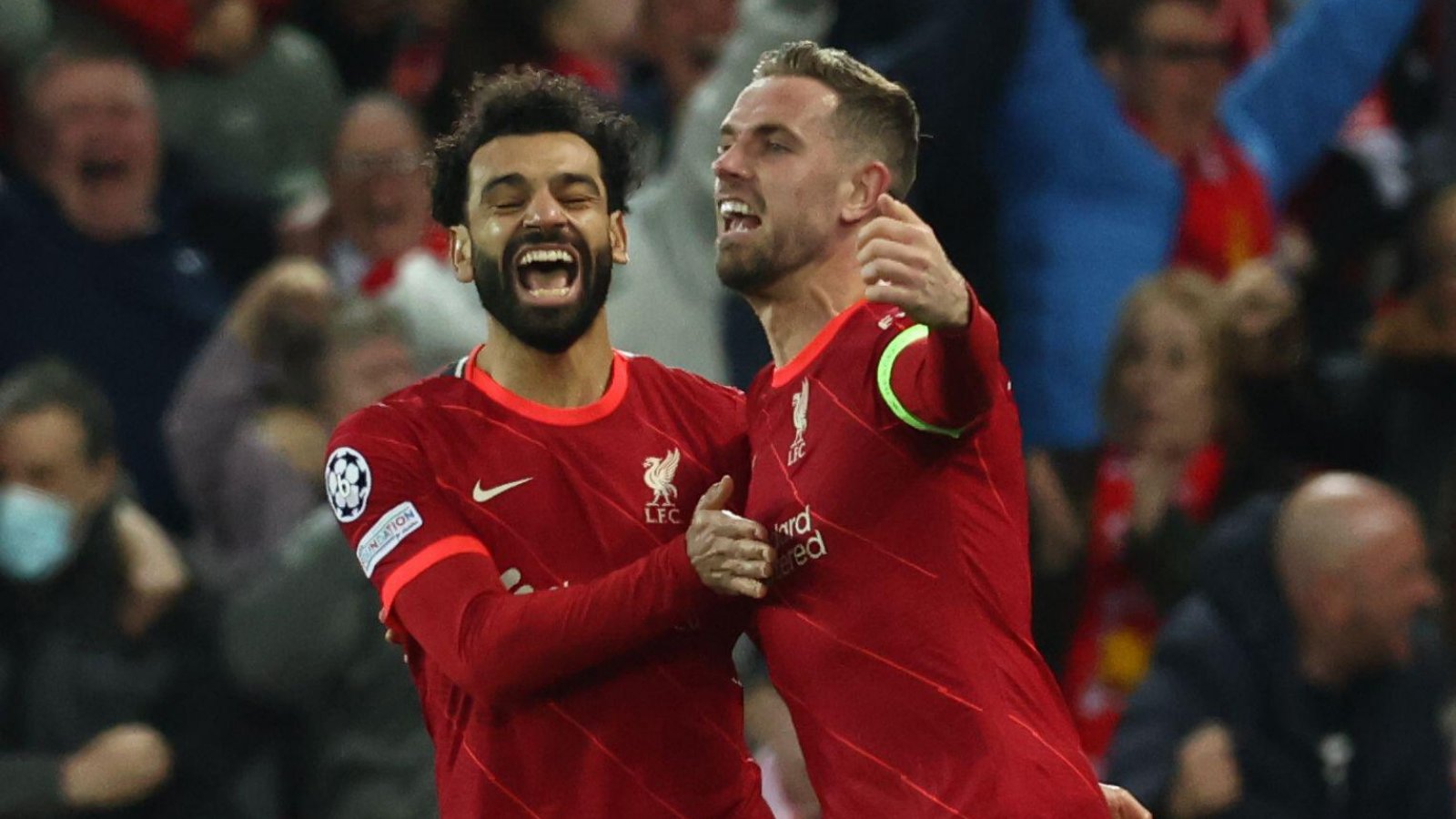 Villarreal provided some decent resistance for a time but Liverpool found an inevitable breakthrough that could even boost their title hopes.

Everton merely adopted the dark arts but Villarreal were born in it, moulded by it. Both teams dragged Liverpool to half-time with sanity, reputation and clean sheet intact. Neither side could hold out for much longer after the break, soon succumbing to the inevitable abyss in ambition and chasm of quality.

It took 17 minutes for Andy Robertson to breach the resistance on Sunday and just over seven to sink the Yellow Submarine in an overwhelmingly one-sided Champions League semi-final. After the breathless rollercoaster that was Manchester City against Real Madrid, this was an exclusively downhill snuggle for Liverpool.

Therein lie further positives beyond the basic joy a 2-0 win in a monumental game. While their main rivals for the Premier League title were drained emotionally and physically by 90 demanding minutes which guaranteed yet more high-stakes football, the Reds could ease off somewhat with more than half an hour remaining, resting the legs of four key starters with early substitutions. Whether or not Jurgen Klopp alternates his pack as drastically as he did with a two-goal advantage against Benfica in the quarter-final, the domestic matches against Newcastle and Tottenham which sandwich the return leg no longer have to be viewed through that European lens of rotation.

In their entire history, only twice have Liverpool lost the first game of a two-legged European tie when playing at Anfield. Chelsea’s 2009 vintage and the Leeds United of 1971 never looked likely to be joined by Unai Emery’s Villarreal, whose first and last shot was steered harmlessly wide by Giovani Lo Celso after 36 minutes.

The Tottenham loanee was joined in this side by Pervis Estupinan and Etienne Capoue, both of whom were signed directly from Watford, as well as former Bournemouth winger Arnaut Danjuma and north London outcasts in Juan Foyth and Francis Coquelin. Villarreal’s starting XI cost £68.3m to assemble; at least Goliath had a fitting David this time, in comparison to the expensive rabble of Everton and Manchester United.

But the outcome was the same. Liverpool knocked, tapped and rapped at the door before eventually growing tired and meticulously removing the hinges. Their first-half playbook featured a couple of routines they returned to more than once: Mo Salah drifting into the official Kevin de Bruyne half space on the right before finding Sadio Mane’s late run behind the defence with a floated cross; Luis Diaz cutting in from the left and forcing Geronimo Rulli into unconvincing parries. Thiago hammered a post. Trent Alexander-Arnold just started delivering volleyed first-time crosses at one point. Villarreal defended with every sinew.

The way Trent Alexander-Arnold crosses on the volley/first time is something else. Unreal technique!

Yet last-ditch defending and such focus under constant pressure is almost impossible to maintain in these circumstances, particularly when Liverpool showed so few signs of frustration or relenting. In the first 20 minutes of the second half, the hosts scored four times. Two offside efforts from Fabinho and Andy Robertson sandwiched the crucial goals that crushed Villarreal’s spirit.

The only outfield Liverpool starter not to have a single shot – Jordan Henderson – compelled the first into existence with a cross from the right, deflected by Estupinan and clawed into the net by Rulli, with three players waiting to convert. Salah and Mane combined again almost immediately after to establish the most comfortable of cushions.

From there, the game and most likely the tie was settled. Liverpool and Villarreal shared a single common thread: both prepared for only one eventuality. The key difference was that the former’s came to pass and the latter always needed to navigate a tightrope in a tornado to achieve theirs.

Klopp, his players and many a cautious Liverpool supporter will reach new heights in performative deference ahead of the second leg, insisting that Villarreal must be taken seriously, the tie is not over and this is only half-time. And all of that rings as true as ever. But no jinx powerful enough to overturn this lead exists and considering what happened after the break here, those journeys to Paris are probably worth booking.