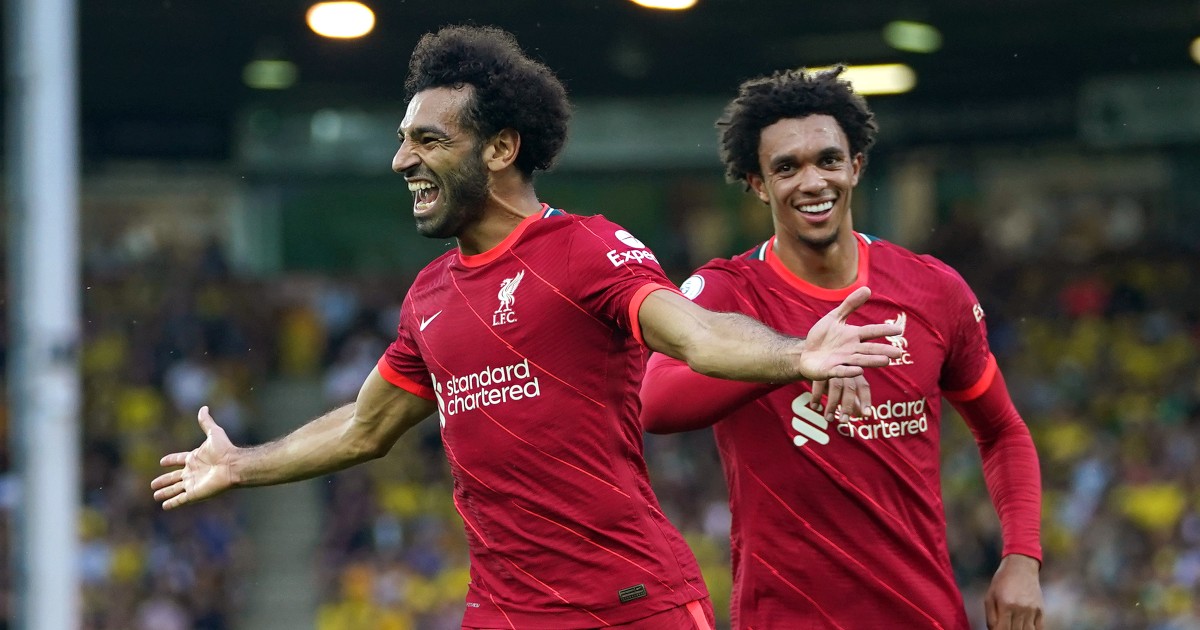 There is a weird desperation to play the underdog card at Liverpool. Fair play: it is how they won the title before and how they hope to again.

Liverpool are embracing an old and new moniker this season. Trent Alexander-Arnold believes “us being kind of the underdogs helps our mentality going into games”. Jurgen Klopp is referencing the perennially increasing spending power of the Manchester clubs again – although people do keep probing him on that particular subject. And the Echo is positively dismayed at the idea the Premier League and European champions might both be deemed more likely to win the title this season than a team that has spent the bulk of the summer renewing existing contracts rather than writing up record new ones.

They really are over-egging this particular pudding.

But the pesky fixture computer cares not for narrative. Liverpool, those dark horses being unfairly ignored and overlooked, the disregarded contenders working off the radar, opened their challenge against not only a newly-promoted side, but one of their least taxing opponents in recent history. Norwich had not beaten these underdogs since 1994 and there was no surprise at that record being extended.

When it comes to frustration at one’s credentials being overlooked, Manchester United perhaps had more of a case even before they dismantled Leeds. The runners-up signed one of the continent’s leading young forwards and a European and world champion centre-half yet they have also been a footnote in Chelsea and Manchester City’s title conversation.

Liverpool have added Ibrahima Konate and the suggestion is he will not be accompanied by another. The returns of Virgil van Dijk and Joe Gomez from injury, the subsequent permanent reinstatement of Fabinho in a midfield to which Thiago will be more acclimatised, the reinstatement of Diogo Jota to a fading attack, the new contracts; it has all combined to provide Klopp with enough genuine Like A New Signings to plug last season’s gaps without necessarily closing those that exist to the two favourites in blue.

They will be there or thereabouts. Few have ever argued otherwise. But there are doubts as to whether those coming back from long-term lay-offs can slot back in seamlessly enough. There are reservations as to whether an attack that was formed before the tenures of most current Premier and Football League managers started can keep firing. There are misgivings as to whether more investment is needed, despite Liverpool’s first title in 30 years being delivered on the back of a summer in which they signed only Sepp van den Berg, Harvey Elliott, Adrian and Andy Lonergan.

This was only ever going to give a qualified answer to some of those questions but Liverpool did as much as they could at Carrow Road. They allowed some notable chances but not many as Van Dijk regained his place. Kostas Tsimikas proved his worth in lieu of Andy Robertson. A mixed midfield served its purpose. Mo Salah continued his passionate love affair with opening weekends.

His selfishness to try and ensure Liverpool’s forwards started each game on level footing carried them through. The assist for Jota was not intended but Salah’s mere presence creates an inherent danger; everything the Egyptian touches turns to goals. His centre for Roberto Firmino was as deliberate as it was delightful and Salah’s own effort to make it 3-0 was the best of the lot. A stoppage-time attempt to play Sadio Mane in when he was better placed to score himself rather undermines the continued laborious suggestions of a bitter feud between the two and will be conveniently forgotten the very next time he opts to shoot.

Norwich gave a fine account of themselves but these are the games in which that gulf in individual quality is exemplified. They will bloody noses and face teams less capable of landing such knockout blows.

And Liverpool will truck on with the siege mentality that served them so well two years ago. They are not and should not be title favourites and a clean-sheet victory against a team Luis Suarez would probably still relish was never going to change that. But if anyone genuinely is counting them out of races and tilts and battles already then more fool them. There are signs of that 2019 vintage flickering in the background that would cause even the vastest pockets to twitch.