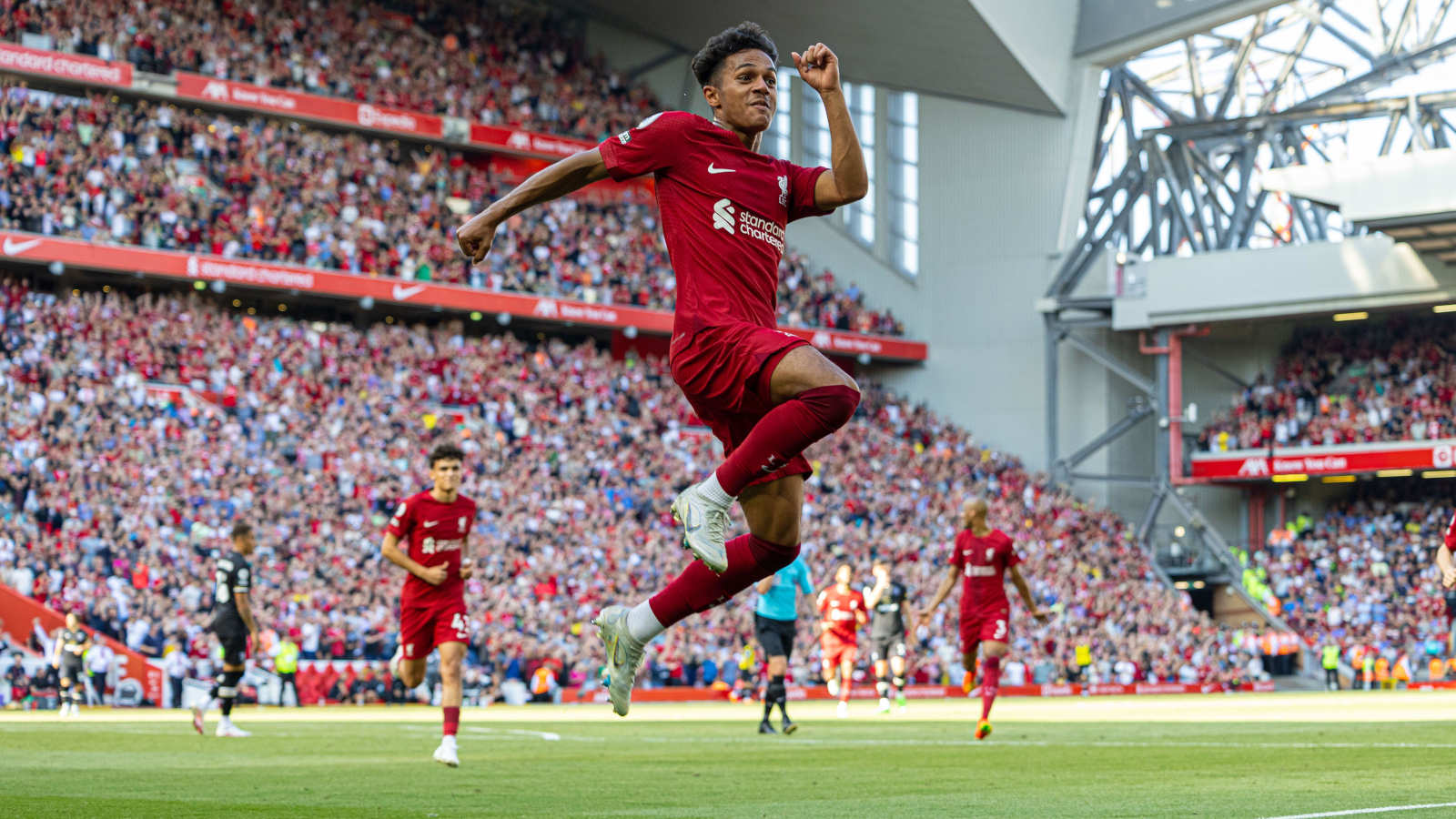 Liverpool took out their Manchester United frustrations on Bournemouth, but are these huge wins a sign of greater inequality between clubs?

So Liverpool, it turned out, were angry and had a point to prove. Bournemouth ended up on the receiving end of their ire. Two up in six minutes and five up by half-time, Liverpool might have had 15 on another day. And all of this came without a single goal from Mo Salah, who contrived to miss a handful of decent chances himself.

The following day, it was Celtic’s turn, this time against Dundee United at Tannadice Park. Celtic matched Liverpool’s nine-goal win and did so away from home. Furthermore, Dundee United had already conceded seven without reply to AZ in a Europa Conference League game this season. They’ve let in 23 goals in their last four matches.

It’s not just happening in Britain either. In Germany, any belief that Bayern Munich’s grip on the Bundesliga might weaken following the departure of Robert Lewandowski is already looking optimistic. Their two away wins have been by scores of 6-1 and 7-0.

It’s long felt as though these big victories are becoming something of a trend, but is this confirmation or recency bias, or are these results the inevitable effects of other issues pressing down on the game? And if it’s not just a coincidence that you can never quite rule out something like this happening increasingly regularly, then what does this say about the direction that professional football may be taking?

There have been four 9-0 wins in the 30yyears of the Premier League, but three of those have come in the last three years. The common denominators for these results seem to be one of two things, or a combination: be a big club playing against a considerably smaller club; or be playing against Southampton. Saints were, of course, involved in two of these four matches. Three of those four 9-0 wins came for Manchester United and Liverpool.

The obvious thing to do is to blame the widening gap between rich and poor. While both the sample size for big wins and the number of games played already this season are still a little small to be statistically significant, it remains valid to question whether the growing gulf in resources is having an effect.

One of the big criticisms of the Premier League’s decision to bring in five substitutes from the start of this season was that to do so would likely only open that gulf further. Football, we are repeatedly told, is a squad game nowadays, and that benefits big clubs if they can pad theirs out with elite players who can come on at any point and further turn the screw on opponents with more modest resources at their disposal.

Consider, for example, the match between Nottingham Forest and Spurs. The former have spent heavily on players during the summer transfer window, but that has been on a lot of players rather than a few expensive ones. At The City Ground, Spurs were leading 1-0 and holding on a little against a perky Forest team when they were able to introduce Richarlison, a £60m summer signing and Brazil’s current number nine. He teed up the second goal to put the result beyond any doubt.

This is a conversation that has been taking place in women’s football for years. At the start of December 2021 England beat Latvia 20-0 in a World Cup qualifier, while just a few days earlier Belgium put 19 past Armenia. These huge margins of victory have been a cause of derision for the women’s game, but the inequality of resources that underpins those results should really be a cause for concern rather than mockery, because what they speak of is a huge imbalance in resources between teams.

The differing reactions to these big wins in the men’s game is striking, but the cause behind them may be similar. The differences in resources between Premier League clubs isn’t as great as the gap between the biggest European women’s teams and its smaller nations. But if that gap continues to grow in the men’s game, there’s little to suggest that they won’t become more commonplace in the future.

All of this may lead to the game having to make a decision at some point. Would it prefer more results like this, or would it like to reduce inequality between clubs and make it more competitive? It’s not a question with a straightforward answer.

After all, when a system leans in favour of the biggest clubs, the supporters of those teams will mostly be in favour. Why would they want to reduce the likelihood of their side hoovering up all the silverware while absolutely battering some poor unfortunates on the way?

And their numbers can be persuasive. Critics may argue that turning, say, the group stages of the Champions League into a succession of Harlem Globetrotters games is bad for the sport, but the supporters of the biggest clubs are the loudest voice in terms of numbers. There are more Liverpool supporters than Bournemouth supporters. Notably, criticism of how predictable this may all be becoming has usually come from the outside.

The amount of effort that has gone into reducing inequality within the game was been effectively zero, with UEFAs FFP controls being derided as an excuse to keep existing inequalities in place. Old money vs new money, if you like. And it wasn’t difficult to see how UEFA’s FFP rules would only likely replace one hegemony with another without significant reform of the distribution of television and prize money in its competitions.

This sort of conversation is rife with such contradictions. The Premier League is regularly criticised for its inequality, but its TV distribution model is better than some other European countries. At the end of last season, for example, Manchester City made £164m from the Premier League’s TV and prize money fund while the lowest earners, Norwich City, made £98.6m. Compare that with Italy, for example, where in the 2019/20 season the top earners Juventus made €100m from their domestic TV deal while the lowest earners Brescia made just €40.5m.

And then there’s the small matter of the difference in television deals between countries. Across much of the rest of Europe, there’s already a growing perception that the European Super League is already here in the form of the Premier League, and that the only reply to this can be the formation of a tournament to rival it.

But how on earth do you even start to reduce inequality across different leagues? It doesn’t seem very likely that the Premier League can, will or even should seek smaller television deals because other big European leagues can’t do the same. The solution probably isn’t financial redistribution but rules on how much clubs are allowed to spend on transfer fees and wages. The likelihood of anything like this ever happening at the top end of the game is no greater than slim-to-zero.

And it’s worth pointing out that Liverpool are no more to blame for this state of affairs than anyone else. They’re just doing what they should with the resources they have. If anything, they’re a model for how football’s ‘old money’ can compete with the new, even though they seem to have to run faster and faster every season just to stand still.

But while Liverpool 9-0 Bournemouth might be huge fun for Reds fans it isn’t so much for the rest of us, and this is an issue that those who govern the game may need to address at a point in the future. All of this leaves football with a decision to make. It can continue to exacerbate this vast financial gulf at the risk of more games becoming little more than exhibition matches, or it can seek to reduce it and risk complaints from the the biggest clubs.

As ever, the matter all comes down to a couple of questions. What do we want football to be? And how can that be achieved while keeping the most people interested? They’re questions that it often feels aren’t really asked enough these days.