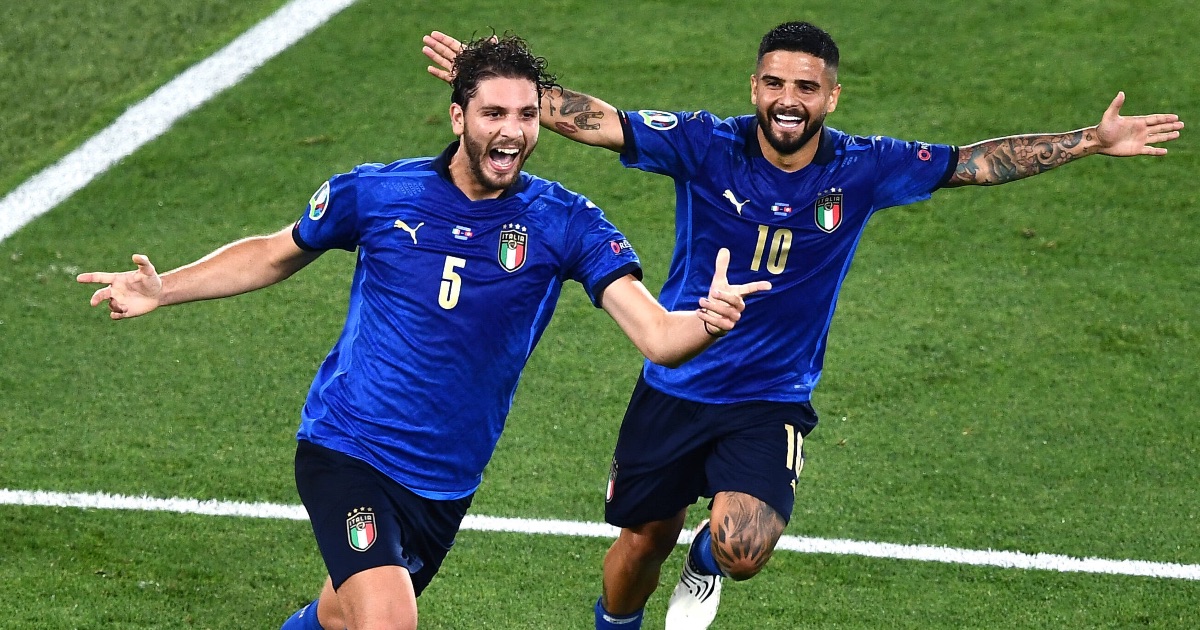 Manuel Locatelli plays for little old Sassuolo and little old Italy could go all the way at Euro 2020.

It’s not the sort of goal that wins goal of the tournament. There weren’t enough passes to be a classic team goal and the finish was too simple. It may not even be on the shortlist as we’ve been treated to some beauties already. But there were two aspects of the build-up – one conspicuous, the other discreet, both magnificent – which should make it a contender.

The subtle brilliance came from Domenico Berardi, whose extra touch in the box made his cross, and thus Manuel Locatelli’s finish, that much easier. Most would have swept the ball across too early, possibly squeezing it past the defender, but probably seeing it blocked. But his slight feint, combined with that extra touch, took right wing-back Ricardo Rodriguez completely out of the reckoning and cleared a path for him to slide the ball to Locatelli, who finished the move he started so wonderfully.

‘Win the second balls,’ they say. What they don’t say is: ‘volley the second ball with the instep of your weaker foot, with curl, over a defender, directly into the path of a teammate.’ Locatelli turned nothing into something with one sublime stroke of his left foot. It wasn’t just the technique, but the calculation. He was waiting for that ball to drop and knew if he took a touch he would either be tackled or have to recycle the ball.

The pass speaks to one change in this Italy side from their tournament teams of old, and one norm which has endured.

What is always expected of Italy is togetherness, passion and organisation. Every member of this Italy team know exactly what they’re doing and exactly what everyone else is expected to be doing. Locatelli knew where Berardi was, through his vision – probably – but also because that’s where Berardi always is, hugging the touchline.

The change is the attacking impetus. Magnificent though the likes of Andrea Pirlo were in Locatelli’s position, the Italian Phillips would have ensured his side kept hold of the ball. Pirlo was a nodding Gareth Keenan, opting for safe over dangerous, while Locatelli is putting the coffee cup on top of the computer, in the knowledge that it probably won’t fall, and if it does, he can clear up the mess before doing the same again. 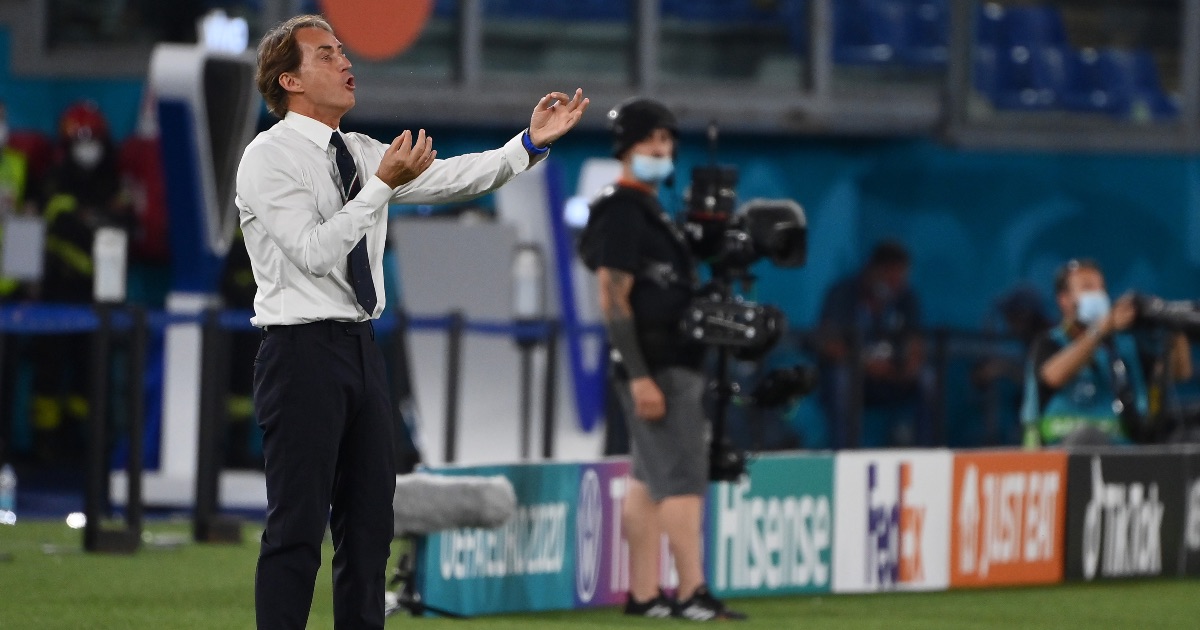 And in that way, and more, Locatelli is the perfect emblem of this Italy team. Where the Azzuri was formerly limited to players from the giants of Serie A, Locatelli has been the driving force of little old Sassuolo and now the understated star of Roberto Mancini’s under-the-radar Italy.

What we don’t yet know is how this team will cope under duress. They’ve now scored 31 goals in ten games without reply, but this Switzerland team are the highest-ranked team they’ve played in that time. And while there’s no doubt Italy made them look bad, they’re still not very good. Mancini’s got them playing some lovely football and they are definitely contenders. But they are yet to be truly tested.