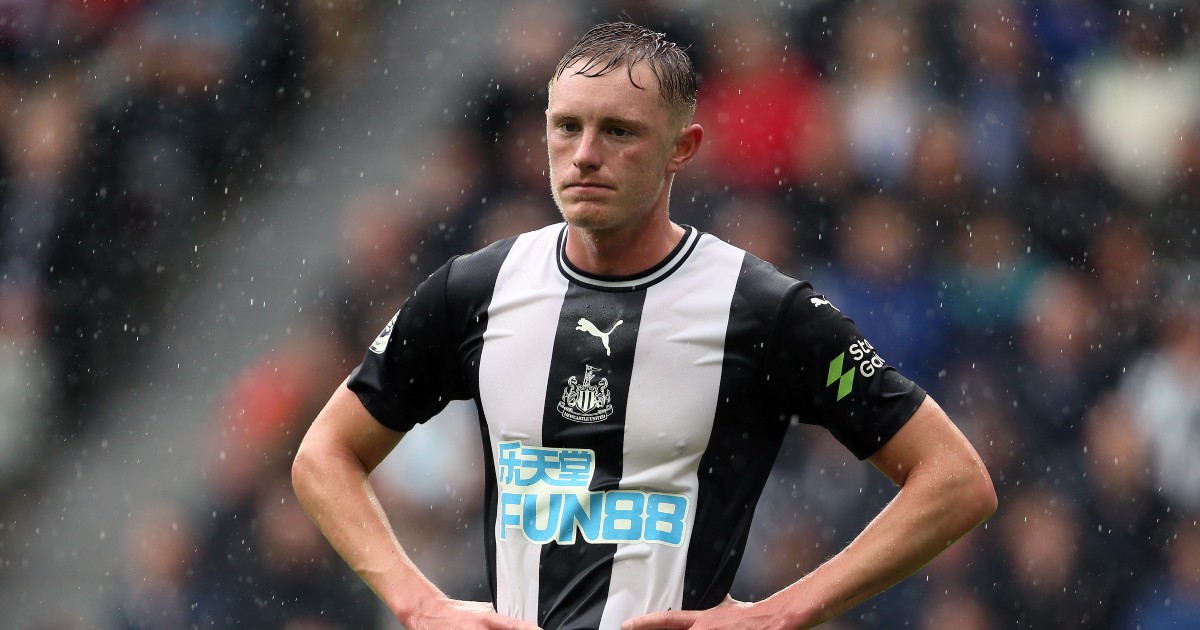 Sean Longstaff has gone from £50m Man Utd target to a possible £10m move to Everton or Southampton in two years. Newcastle called it wrong.

“It’s not really something for me to comment on. It’s between the clubs. I was flattered to get my name mentioned in those conversations but, like my dad says, ‘Sport’s got a funny way of dragging you back down to earth.'”

Sean Longstaff was wrestling with the physical and mental problems of a long-term knee injury when he first discovered Man Utd were interested in signing him. The 2018/19 season began with Rafael Benitez vetoing a loan move to Portsmouth and ended with Ole Gunnar Solskjaer envisioning the midfielder as Michael Carrick’s heir apparent.

He played just 13 times for Newcastle in between, a League Cup defeat to Nottingham Forest, three FA Cup starts and nine Premier League appearances from Boxing Day to March 2 convincing Man Utd that he could be part of their young, British and buzzy overhaul.

That three-month first-team spell brought dollar signs to Mike Ashley’s eyes and raised the brows of everyone else watching on in intrigued bafflement. A four-year contract in December 2018 was followed by a quote of £50m in July 2019 as Newcastle banked on the homegrown hero continuing an upward trajectory into the transfer stratosphere.

The Magpies hoarded their shiny new trinket long enough for it to plummet in value: they would now accept one-fifth of that fee for a player who featured less than Jacob Murphy last season and began this one making a five-minute substitute cameo for Emil Krafth in a deflating home loss.

Therein lies the inherent danger selling clubs must navigate in the market. They decide the figure; it is never plucked from thin air. They must consider the market rate, the age, the contract length, their importance to the team and the ease with which they can be replaced.

Most of all, they must identify the exact point at which that bouncing ball begins to drop.

Newcastle were blinded by sentiment when it came to their judgement of Longstaff. It was born from a mistaken belief that his and Aaron Wan-Bissaka’s situations were similar. They were pulled so far in by his unpredictable rise that they failed to foresee the unsurprising fall from a platform to which he never belonged.

The balance is more difficult to strike for those in the mid-table or lower. Vultures circle, heads are turned and power can quickly be ceded when money is at stake. Brighton called it perfectly. But for bigger teams that is no object. Chelsea managed to wait and extract more than £100m from Real Madrid for Eden Hazard past his best and with a year left on his contract. Liverpool have mastered the art, holding out long enough over Philippe Coutinho to squeeze nine debt-spiralling figures out of Barcelona.

It is an inexact science and players themselves are only making it more difficult. Man Utd could lose their record signing for nothing if Paul Pogba does not extend his contract and Paris Saint-Germain are facing a similar prospect with regards to Kylian Mbappe. When the bouncing ball is already so high it is difficult to see it falling until it is too late and it smacks you in the face.

In the case of Longstaff it never even nearly reached the peak Newcastle either hoped or expected. From a £50m Man Utd move to a £10m Everton and Southampton target is quite the drop. His father did always say sport’s got a funny way of dragging you back down to earth.