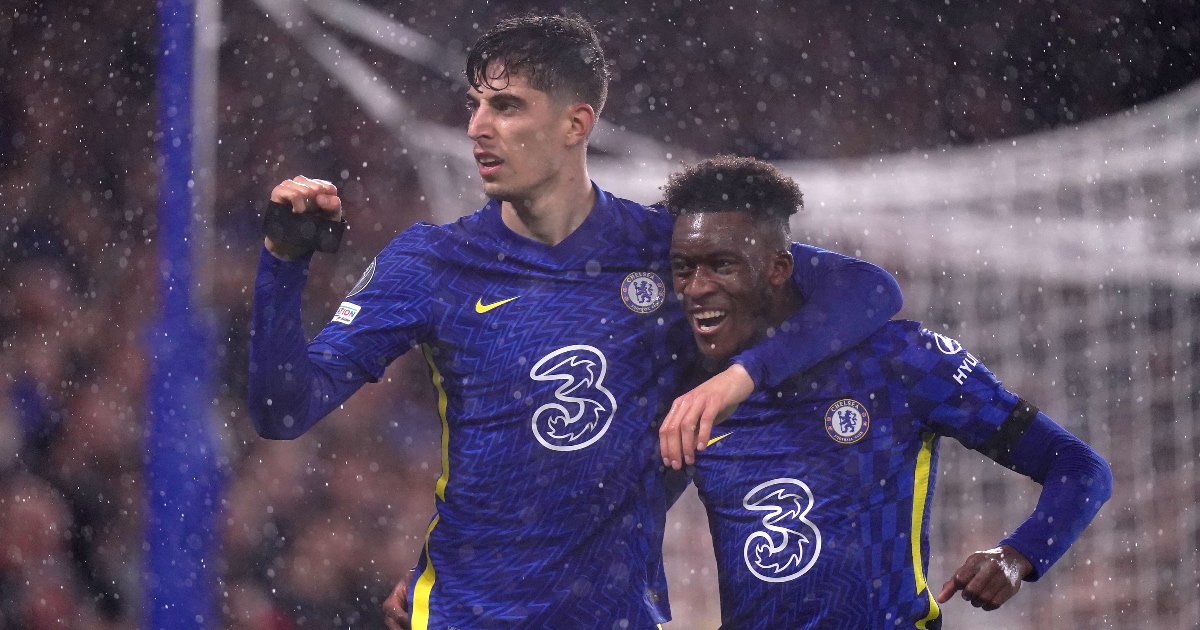 The injuries to Romelu Lukaku and Timo Werner could prove to be a blessing for Thomas Tuchel and Chelsea. The remaining forwards cost a fortune and are on handsome wages. And now, it’s payback time.

No matter how Tuchel dresses it up, Lukaku’s injury does not reflect well on the Chelsea boss. Tuchel admitted the striker was “mentally fatigued” and “overplayed” ahead of their Champions League game against Group H whipping boys Malmo, but played him anyway. “I don’t regret it,” Tuchel clarified after the game, which would be somewhat more believable had he not already said “if I knew before I wouldn’t have done it”.

“We need to find solutions without Romelu and Timo, that’s clear. Everyone will join the race to be decisive for us,” added Tuchel, who will be without the two strikers for the foreseeable future. But it’s far from a disaster for Chelsea; it could actually work in their favour.

If, as Tuchel said, “the best thing for mental fatigue is a goal”, the second best (and actual first best) thing is a rest. And although forced, Lukaku has now been granted that valuable downtime. He played 60 games last season and 14 in two months having arrived at Chelsea. And overplaying appears to have taken its toll. Lukaku is without a goal for club or country in seven games – his longest barren run since leaving Manchester United for Inter Milan over two years ago.

If Lukaku and Werner are absent for longer than a month it could seriously hamper Chelsea’s title chances. But with a kind run of fixtures to come, the timing could not have been better, assuming it’s relatively brief. Before an away trip to Leicester in the Premier League on November 20, for which Tuchel will be very keen to have Lukaku back, Chelsea play Norwich and Burnley at home and Newcastle away, Southampton in the EFL Cup and the return game against Malmo in the Champions League. They should be confident of pulling clear without the injured pair.

It’s also creates much-needed opportunity for others. One of the greatest challenges for a manager of a top side in the modern era is maintaining harmony in squads bursting with talent. Ole Gunnar Solskjaer is unable to keep his players happy at Manchester United and even Pep Guardiola, the master of squad cohesion, is now struggling to balance rotation and continued success, with Raheem Sterling openly admitting his desire to leave.

Tuchel has managed his players well, bringing some in from the cold, doling out the odd slap on the wrist when necessary and generally working by the mantra that hard work and quality pays, no matter your price tag or reputation. But there are players – whether it’s because they haven’t quite bought in, are a level below their competition or are simply lacking confidence – who have found game time hard to come by. And now is their time to stake a claim for a spot in the starting line-up, or at least create genuine selection headaches for Tuchel when Lukaku and Werner return.

Kai Havertz will surely reprise his centre-forward role from the end of last season in place of Lukaku and needs to be more productive. The hope for Tuchel would have been that his Champions League-winning goal would be something of a springboard to his Chelsea career, but it’s all gone a bit flat again at the start of this season, with decent displays again not yielding the goals and assists of his time at Bayer Leverkusen.

Havertz only scoring Champions League goals against goalkeepers in pink jerseys of decreasing numerical value could prove to be limiting. pic.twitter.com/q9jLyTW2t0

Callum Hudson-Odoi started life under Tuchel as a right wing-back, but with Reece James and Cesar Azpilicueta as competition, there’s no future for him there. Despite the huge amount of money spent on wide forwards and No.10s, his best bet for a more permanent role in the Blues side is in his natural position. It was only Malmo, but he was direct and decisive having replaced Werner on Wednesday. He’s a confidence player who’s yet to come close to the ceiling of his talent. Now perhaps he can.

Christian Pulisic has had a number of setbacks in his own recovery and his injury record is both frustrating for him and a concern for Chelsea, who are unable to rely on his enviable talent. Hakim Ziyech is fit but has come nowhere close to replicating his Ajax form. Tuchel has said he lacks “belief”, which is understandable given he’s started just one Premier League game this season. A peak Ziyech delivering crosses for Lukaku is a droolworthy thought and it may be worth pandering to a mope-prone footballer to unlock his undoubted ability.

Tuchel has been a success at Chelsea, not because of his incredibly talented group of forwards, but by carrying those forwards through his impeccable organisation of the team and the outstanding form of his defence and goalkeeper. And now, it’s payback time.