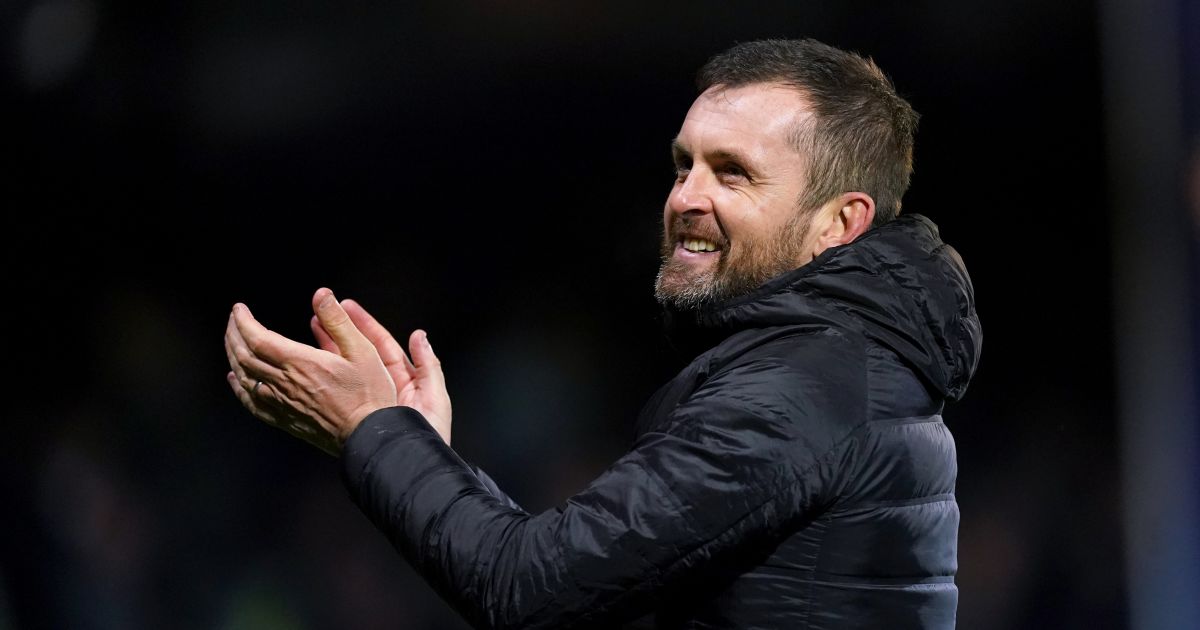 In Luton Town, manager Nathan Jones has his kindred spirit. Contracts in football may so often mean little when the big boys come calling, but Jones and the Hatters would be mad to split paths any time soon.

In ringing in the New Year with a new long-term contract to take him up to the end of the 2026/27 season in the Kenilworth Road dugout, Jones’ Stoke sojourn already feels a lifetime ago. For all the happiness and pleasure that surrounds the Bedfordshire club going into 2022, it is easy to forget that his return to the club a year and a half ago was not met with universal joy.

His two spells – each successful so far in their own ways – sandwich a miserable time at Stoke in which Jones and the Potters never matched. It is enough to make him think thrice about departing Luton any time soon, while the Hatters’ struggles under namesake Graeme shows they too are aware the grass is unlikely to be greener without their current incumbent in the hot seat.

The long term contract makes perfect sense for all parties – Luton have been consistently inconsistent but are a club looking up rather than over their shoulders. The same cannot be said of a good number of their second tier foes, each with more sizable financial backing and recent relative standing in the game.

Luton have become the go-to for clubs on the way up from League One on how to operate, compete and succeed in the Championship. Jones would be the first to state he is far from the only key operator in that regard. He is a man who wears his heart on his sleeve, but is smart enough to recognise the need for marginal gains elsewhere in the club.

Their transfer policy has been clear for some years now, and is becoming increasingly fruitful as the club continues to progress on and off the pitch in steady, equal, and sustainable measure. Five of their eight summer signings are 24-years-old and younger, a trio of those still 22 going into the New Year. Carlos Mendes Gomes and Reece Burke excelled in the third tier in 2020/21, matching the reputation of previous summer signing Jordan Clark from Accrington Stanley.

Fred Onyedinma and Admiral Muskwe were standout performers for nearly men Wycombe Wanderers in the Championship in the same campaign, and can now prove their worth at a club with next to no risk of relegation. There is an air of Brentford to the way Luton operate, using an analytic-heavy approach to their signings, most notably with Jay Socik an addition to the recruitment team. Socik became a fan favourite on Twitter prior to his appointment with his in-depth analysis of the EFL. Luton’s appointment of him is just as indicative of their plans moving forward as keeping Jones around for the long haul.

Such has been Luton’s season to this point, they can almost certainly already begin looking to another term of second-tier football in 2022/23, sitting an equidistant 10 points off the play-off and relegation spots at the time of writing. Their near perfectly symmetrical WDL record across their first 22 games of the season is unlikely to veer too far in either direction between now and May.

In his first spell, Jones took Luton from worrying about relegation back out of the EFL to the upper echelons of League One. He did not stick around to finish that job – much to the chagrin of the Luton fanbase at the time and upon his return – but his second spell is proving to be every bit as successful. The rewards may not be as shiny nor as tangible, but transforming a club with one of the lowest budgets in the division into an outfit comfortable at that level and looking likely to head only upwards in direction is just as difficult as anything else Jones and Co. have achieved at Kenilworth Road thus far.

With substantial time potentially added to the partnership between club and manager, it appears more achievements will come their way. From a neutral standpoint, they are one of the most interesting EFL clubs to observe from the outside.

One of many clubs to have switched almost permanently to a back three this season, Luton’s is one of the most fluid in the division with players regularly switching positions and zipping around with high energy and intensity. Jones himself often exhibits such spirit before, during, and after matches.

At Stoke, it was an attitude which grated the Potters’ faithful more often than not. At Luton, it just fits. Nathan Jones is Luton Town. Luton Town are Nathan Jones. For the foreseeable future, very little is going to change that.