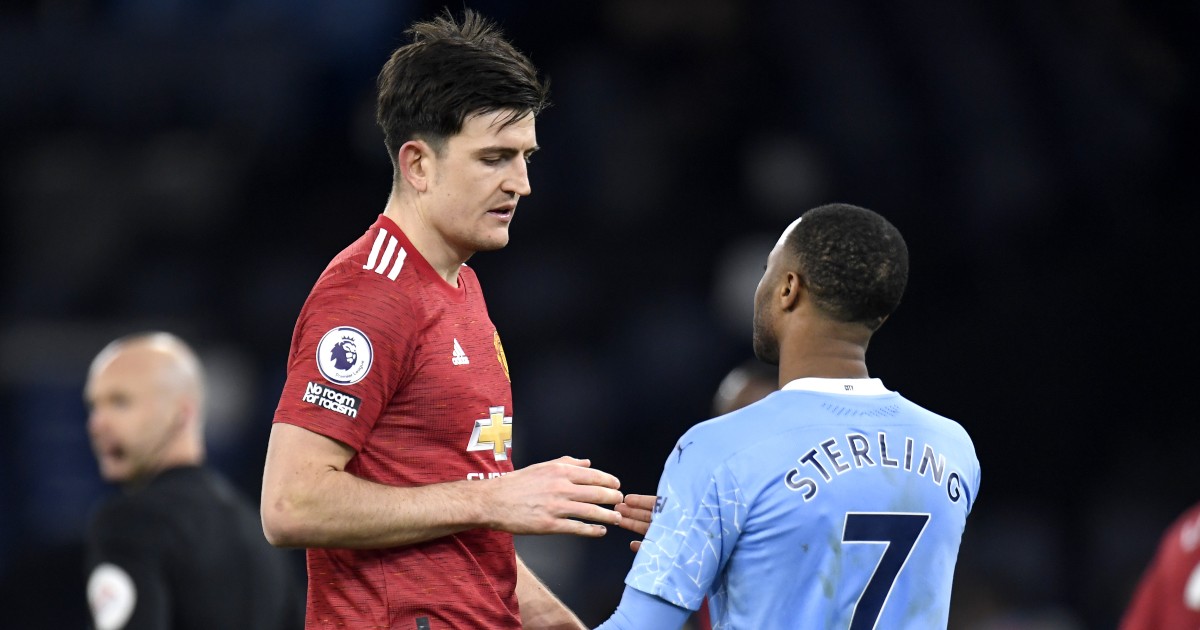 Perhaps Gary Neville was right. His declaration that Manchester United “are never going to win the Premier League with that centre-back pairing” came in September. A chastening defeat to Crystal Palace saw Victor Lindelof and Harry Maguire struggle against the speed and movement of Wilfried Zaha, Andros Townsend, Jeffrey Schlupp and Jordan Ayew. Pre-season predictions had immediately been checked.

By February, a 1-1 draw with West Brom only reinforced those defensive doubts. This was a different test. Mbaye Diagne posed problems with his strength that neither man seemed to revise for. Lindelof was exposed. Maguire busied himself by suggesting that jet fuel can’t melt VAR. Neville lambasted both for failing to “shift up” and not “moving their feet three, four, five yards”.

“They never do and they have to do it,” he added. “If they don’t start doing it, they’re never going to get to a point where they’re going to win the league.” That increasingly felt like an expectation Neville alone was holding them to; few others even had the title in mind as either a short or long-term ambition.

An impressive, deserved and committed 2-0 victory over Manchester City might not change that. Manchester United needed to be excellent as individuals and a collective to beat the champions-elect in 90 minutes. The challenge is to extrapolate that over a season. This has to be a platform to build upon.

But there were signs on Sunday that Ole Gunnar Solskjaer has overseen a sustainable evolution. That 6-1 thrashing by Tottenham in October forced a painful but necessary rethink. His instinctive reaction was to solidify the defence in such matches and progress from there. Five consecutive 0-0 draws in Big Six games led to understandable questions of ambition and endeavour. This was quite the answer.

It started with the defence, but not necessarily in terms of staying secure and stable. Rather, Aaron Wan-Bissaka and Luke Shaw pushed up aggressively on the flanks and Lindelof and Maguire manned that higher line impeccably. Within the opening seconds the latter had followed Gabriel Jesus midway into the Manchester City half and helped force the turnover that led to the penalty.

Manchester City did play into their hands somewhat: Pep Guardiola’s decision to start Jesus instead of reprising the recent striker-less formation with fluid attacking midfielders gave Lindelof and Maguire a reference point, a single, obvious centre-forward to track and stifle. Yet that does nothing to take away from a phenomenal defensive performance inspired by the captain.

He and Lindelof were vocal throughout, both assuming a responsibility that they often shirked before. Think back to Leipzig’s third goal in December, when everyone abdicated authority to an almost laughable extent. Dean Henderson has been influential in that regard.

Even when Maguire was booked after 32 minutes, he played with no inhibitions thereafter. Maybe Manchester City failed to exploit that chink in the armour. They never lulled him into another mistake that might have resulted in a red card. It seemed to strengthen his resolve and weaken theirs.

A dismissal seems like the only thing that might actually sideline Maguire. He has not missed a single Premier League game since joining Manchester United as the world’s most expensive defender. It feels heavy just typing that sentence yet he has bore the burden of price and prestige for 18 months without ever disappearing under it. He has buckled and he has wavered but not once has he sought respite even though it would be entirely understandable.

He is one of seven players yet to miss a minute of Premier League football this season. He is one of three, alongside James Ward-Prowse and Declan Rice, who have started and finished every league game for their club since the start of last season. Only Alan Wright (1995/96 and 1996/97), Wayne Bridge (2000/01 and 2001/02) and Conor Coady (2018/19 and 2019/20) have been ever-present in consecutive Premier League campaigns as outfielders.

So perhaps Gary Neville was right. “I’ve said Manchester United will not win this league unless the back four push up the pitch and feel a little uncomfortable with the space that’s left behind them,” was his message on Sunday. “I think they’re starting to do it a little bit.” If this is the start then it will be fascinating to see how it ends.