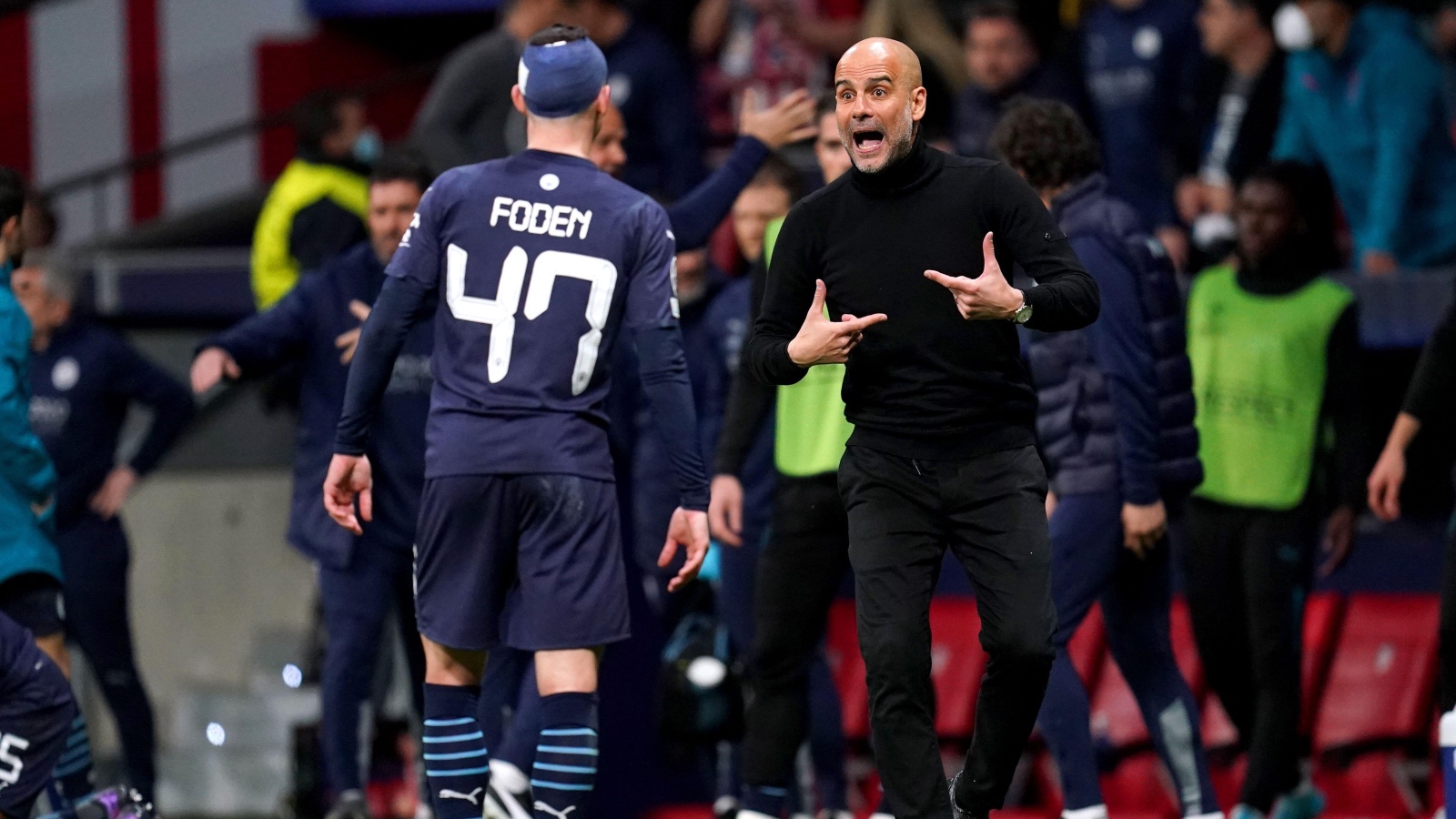 We counted six congratulatory references to ‘cool Manchester City heads’ in the BT Sport studio at the end of the game. What nonsense. City lost it and are very fortunate to be in the Champions League semi-finals.

Atletico Madrid were positively gung-ho compared to the first leg. Sure, they had 30% possession in the first half and it took them half an hour to have their first shot – we’re not saying they went bonkers – but they pressed gradually more and more as the game went on, and Joao Felix had more and more company in the City box.

In the second half, City were rattled. More perhaps than they have ever done, Pep Guardiola’s side were easing pressure through booting it long, and it kept coming back.

Antoine Griezmann had a shot deflected behind, he had a second excellent effort from the edge of the box sail just wide, Felix perhaps should have done better with a free header, Rodrigo De Paul had a couple of chances, John Stones was forced into a magnificent block. It was entirely one-way traffic and Diego Simeone and his players will rightly feel aggrieved not to have won this game.

The City players failed to heed the advice of the peerless football polymath Jake Humphrey, who told them from the BT Sport studio before kick-off that “the best way to beat Atletico is to play brilliantly”. They couldn’t keep possession, couldn’t get out, and the forward players, Riyad Mahrez apart, all had a bit of a stinker.

The Atletico Madrid centre-backs, in the absence of their favoured target Jack Grealish (though he still managed to get his hair pulled by future pen pal Stefan Savic), directed their finger-pointing and whispered sweet nothings at Phil Foden.

Simeone was also clearly well aware of the main Manchester City dangerman when, in the 15th minute, he made a stretcher gesture to the fourth official with Foden prostrate on the floor following ‘a challenge’ by Felipe, who received the first of his two yellow cards for his trouble. Simeone was suggesting that maybe, just maybe, it wasn’t safe for Foden to continue.

But with head cummerbund adding to his comic strip character appearance, the Bash Street Kid played on and illustrated the effects of contagious shithousery in the first of what turned out to be 11 minutes of stoppage time at the end of the game. Having been kicked by Felipe, who received his marching orders as a result, Foden rolled onto the pitch having been at least a couple of yards off it. He knew what he was doing and so did Stefan Savic, who was a very angry boy.

In the purest, best example of shithousery across both legs, Foden got one centre-back sent off, sent the other one absolutely batsh*t so that he should have been sent off, and completely disrupted the momentum that looked for all the world as though it was building to an Atletico equaliser. Well played, Phil, well played.

The City players celebrated wildly at full-time, at least as much because they wanted to rub it in the faces of their opponents as their actual joy at getting through to the Champions League semi-final. And the majority of what’s said and written about this game will likely be about City’s grit and determination, as well as the way they kept their cool in the heat of battle against the toughest of all European opponents. But did they really keep their cool?

Sure, they didn’t have anyone sent off, but is that the only measure of cool? It’s a word frequently used to describe this City side, and rightly so, they ooze cool most of the time, but this was not a performance resembling anything like what we’re used to seeing from them.

Their indignation at the typical antics of Atletico Madrid, which despite the late nonsense was in the most part not proportionate to the antics themselves, appeared to affect the part of their brains that allows them to pass, make runs and create chances. After Ilkay Gundogan hit the post in the 30th minute, they created nothing until the same man should have sealed victory right at the end of the game.

As Atletico piled on the pressure, City didn’t revert to type but attempted to survive playing exactly the way Atletico wanted them to. City could and should have passed them to death, but instead lost their heads and were fortunate to escape the Wanda Metropolitano alive.