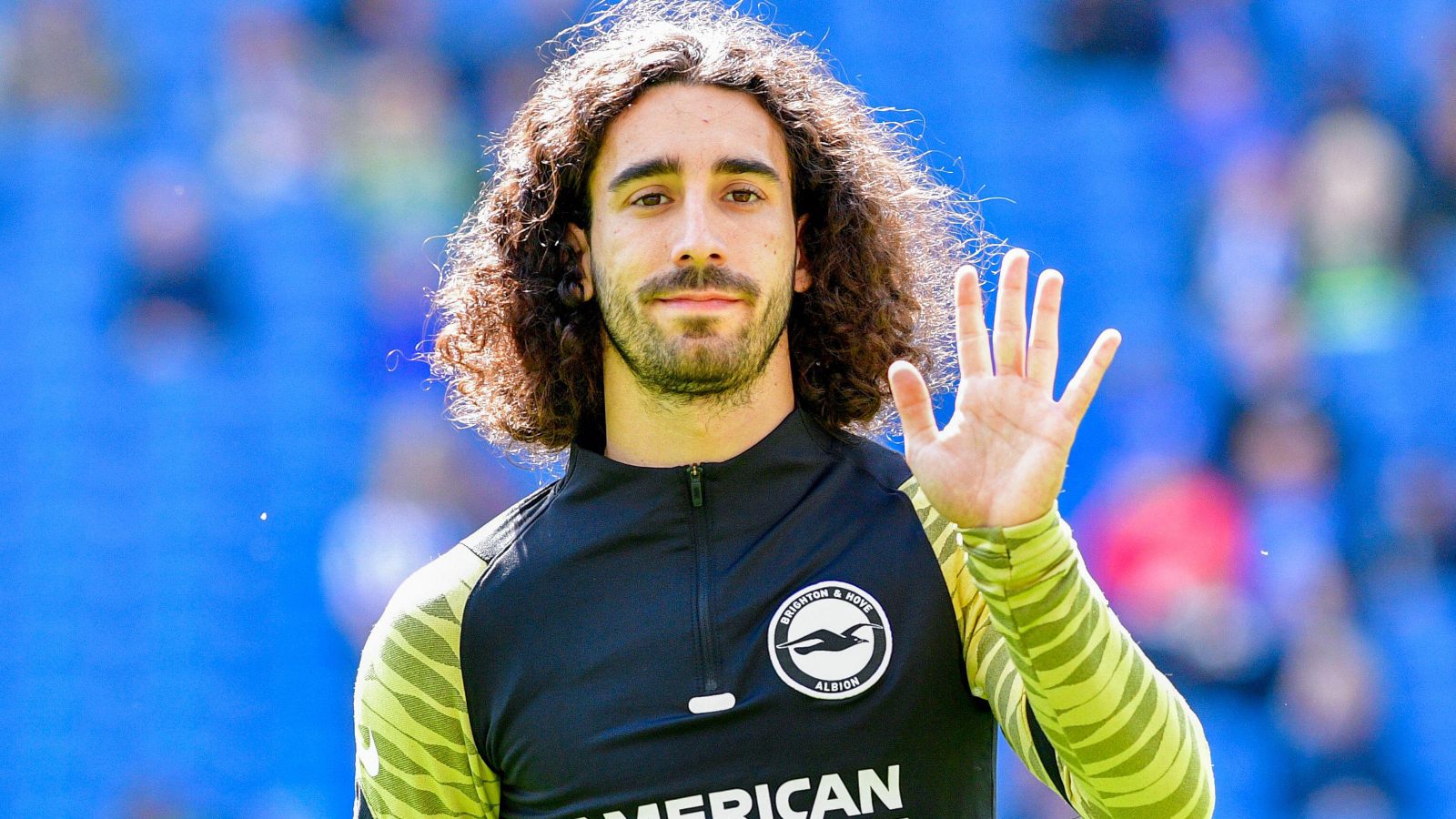 The signing of Marc Cucurella could round off a perfect summer for Manchester City. Not even trying to meet Brighton halfway would be a mistake…

Manchester City were the best team in England last year. Then they signed one of the world’s very best centre-forwards and an England international central midfielder.

There isn’t much more Pep Guardiola can do to refine his champions, but the single obvious area still ripe for improvement is at left-back. City, though, have identified the perfect player to fill Guardiola’s only hole.

Marc Cucurella would be a fabulous signing for City. The Brighton full-back was immense in his maiden season in the Premier League last term, taking no time to settle in English football after Brighton paid the £15.4million release clause in his Getafe contract. He started all 35 league games after his arrival, deservedly finishing the season with both Brighton’s fans’ and players’ Player of the Season awards. Even for neutrals, he was one of the league’s most exciting players.

The 24-year-old played in a variety of left-sided roles, as a centre-back, full-back and wing-back. Cucurella can defend, both one-v-one and within units, and while he recorded only a single assist last season, the fact that his Brighton team-mates seem to go out of their way not to put the ball in the net cannot be held against him. His xA was higher (three) and he created 40 chances for the Seagulls.

Stylistically, Cucurella perfectly fits the profile Guardiola is looking for. Which is hardly surprising given the Catalonian came through the La Masia finishing school at Barcelona. Playing for Brighton, with very similar styles and patterns to City, is also ideal preparation for the left-back gig at the Etihad.

So why won’t City just pay up?

Their thinking is quite apparent. They sold Oleksandr Zinchenko to Arsenal for around £30million and they believe Cucurella to be in the same price bracket. And if they can pick up the Brighton defender for around that price, that would see them sign Cucurella, Erling Haaland and Kalvin Phillips for roughly the same figure as they raked in by selling Raheem Sterling, Gabriel Jesus and Zinchenko. Which would make City the champions of the transfer window as well as everything else next season.

If only it were that simple. City’s opening offer for Cucurella was apparently laughed off by Brighton and the Seagulls can afford to retain a sense of humour over the whole affair. In the absence of a bidding war, City have attempted to assert their authority by insisting that they have no intention of negotiating too far from their initial number and their previous record in the transfer market – Alexis Sanchez, Jorginho, Harry Maguire, Harry Kane, Riyad Mahrez initially – has proved they aren’t averse to walking away if things get a little too rich even for their blood.

But Brighton hold the cards here. Tony Bloom, nicknamed The Lizard in poker circles, has a very strong hand and showed just last summer during Arsenal’s pursuit of Ben White that he won’t simply fold when bigger clubs want his players.

Cucurella is only a year into the five-year contract he signed with the Seagulls and even if he might like to join City, Brighton aren’t concerned about the consequences of blocking the move if the price isn’t right. Though City might argue that their first bid offers Brighton a 100 per cent return on their investment, Bloom is entitled to expect an even greater profit and he knows City have no qualms over forking out £50million for full-backs. Guardiola has done just that three times – with Kyle Walker, Joao Cancelo and Benjamin Mendy – but here he is, still short of a left-back.

City perhaps weakened their own hand by selling Zinchenko first. Brighton know the champions’ need to buy is greater than theirs to sell and that will doubtless have been made clear once the Seagulls had stopped p*ssing themselves upon receipt of City’s first offer.

City will counter by arguing that Cucurella isn’t the only left-back they could sign this summer, which is obviously true. Guardiola reminded us this week that he has options within the club – Nathan Ake and youngster Josh Wilson-Esbrand – who could do a job if his board decides to keep their cash in their pocket.

But with Cucurella, City have a fantastic opportunity to further strengthen their grip on the Premier League title with a player perfect for Guardiola. To walk away without at least trying to meet Brighton halfway would be a major mis-step in a summer they are acing to this point.