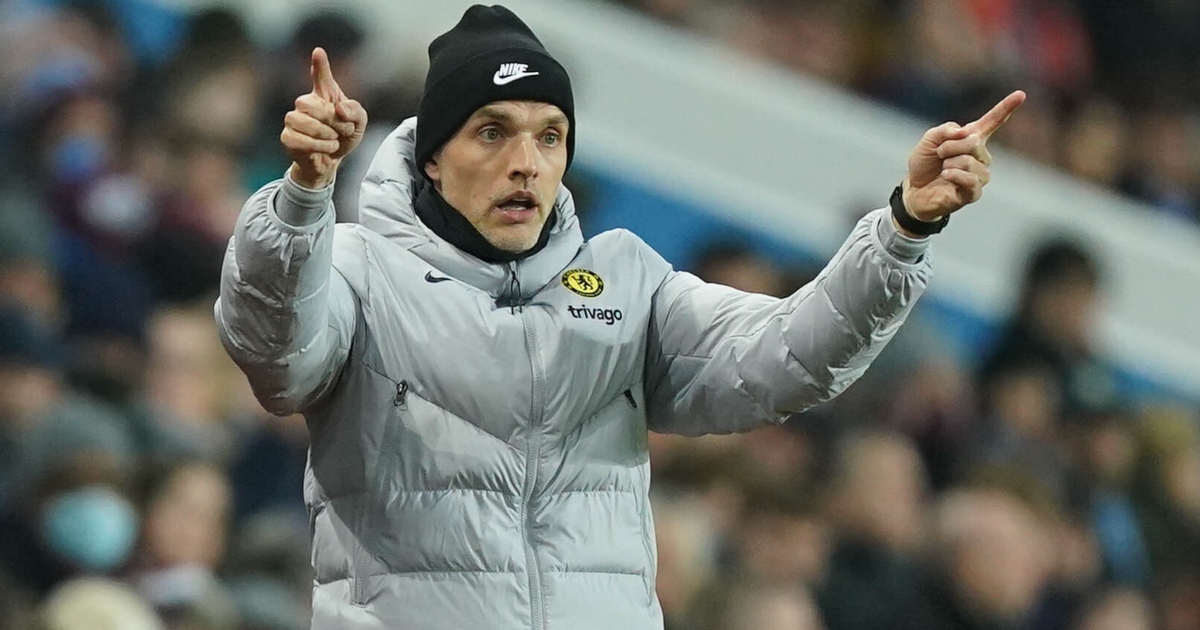 We know what to expect from Manchester City and Pep Guardiola but there are clues as to how Thomas Tuchel and Chelsea might change things up.

If a draw in their last must-win Premier League fixture hasn’t already prompted Thomas Tuchel to chuck in the title towel, then failing to beat the champions and runaway leaders on Saturday really would be a knockout blow.

Chelsea can rein in Manchester City to within seven points by winning at the Etihad, or they can watch Pep Guardiola’s men disappear over the horizon with a 13-point advantage. There is precedent for title glory in the first scenario; not so much in the second.

For Chelsea to pull off one of the most impressive come-from-behind Premier League title triumphs, Saturday must be a season-defining turning point. Manchester City have won their last 11 matches and appear to be easing towards the line in cruise control. In contrast, Chelsea limped into Christmas and the New Year, dropping 15 points while City were perfect for 33.

At the Etihad, another draw to add to four in their last five matches, might be seen as a creditable result in any other circumstances. Then again, Tuchel has no choice but to go balls out and attempt to inflict defeat upon Manchester City a dozen games after Palace did just that all the way back in October.

But how does Tuchel prompt such a shift – not only in momentum but mood?

The Chelsea boss put his own spin on the difference between his side and Manchester City in recent months. “The biggest difference in our season is they dealt better with injuries and Covid,” Tuchel said before he takes his team north. “Maybe it was unlucky, or maybe they do it better.”

Tuchel has little choice but to play down the gap that has opened up between last season’s Champions League finalists, but to pin the blame on factors that cannot be mitigated for is somewhat disingenuous on the German’s part.

Manchester City have had their problems with absences. They haven’t been ravaged by Covid like some squads – Chelsea haven’t been as badly affected as others either – but Guardiola’s side have had plenty of hurdles placed in their path. The difference is they have cleared each of them while Chelsea have tripped up repeatedly.

A switch in formation of late suggests Tuchel recognises that there is plenty he and his players can do in response to their recent run other than blame it on the ‘rona and injuries.

Not deterred by the pig’s ear Manchester United are making of it, Tuchel has switched from his usual back three to a 4-2-2-2. Tuchel, unlike Ralf Rangnick, at least has players familiar with key elements of the system, and with it having reaped two wins and a couple of clean sheets against Tottenham in the Carabao Cup semi-final, the Chelsea boss must be tempted to stick with it for the Manchester City game.

Romelu Lukaku certainly hopes so. For all the stink caused by his interview with Italian media, in which he bemoaned Chelsea’s tactics while flirting hard with his former side, the centre-forward seems to have got his way with the introduction of a specialist strike partner, rather than just runners hurtling beyond him. The presence of Kai Havertz or Timo Werner up alongside him at least allows Lukaku more opportunities to play facing the opposition goal and nullifies any subsequent excuses the Belgian might proffer for struggling to meet the expectation upon him as a £97.5million goal-getter.

The compromise that allowed Tuchel to make peace with deviating from his tried and trusted three-at-the-back is that Chelsea defend with a five rather than a flat back four, with Hakim Ziyech last week and Callum Hudson-Odoi on Wednesday retreating to allow Cesar Azpilicueta to shuffle inside. In the absence of his preferred wing-backs, it is a creative answer to a huge problem.

Against Manchester City, such a system could give Chelsea the base to at least impose themselves, unlike the last meeting between these two sides. When Manchester City went to Stamford Bridge in September, Chelsea were eyeing a sizeable gap, with the chance to go six clear of their opponents by repeating the Champions League final triumph.

Instead, with a strike pair and three midfielders, Chelsea chased City’s shadows, with the Premier League holders keeping the Champions League winners on a lead without enjoying the margin of victory their dominance deserved.

Tuchel, needing the win, may well go with a strike pair again, but three defensive midfielders would be one too many. Which probably means omitting one of his best performers this season: Mateo Kovacic.

In the year he has been in charge at Stamford Bridge, Tactics Tom has been rightly praised for the impact he has had in turning Chelsea from a disorganised rabble into a well-oiled machine, winning the European Cup along the way. But this weekend’s challenge – beating the leaders and defending champs on their own turf to kickstart their Premier League season –  is arguably the toughest assignment he has yet faced. Even though he has already beaten City once at the Etihad, coming up with a blueprint for repeating the trick in Chelsea’s current circumstances would represent one of his biggest achievements in charge of the Blues.