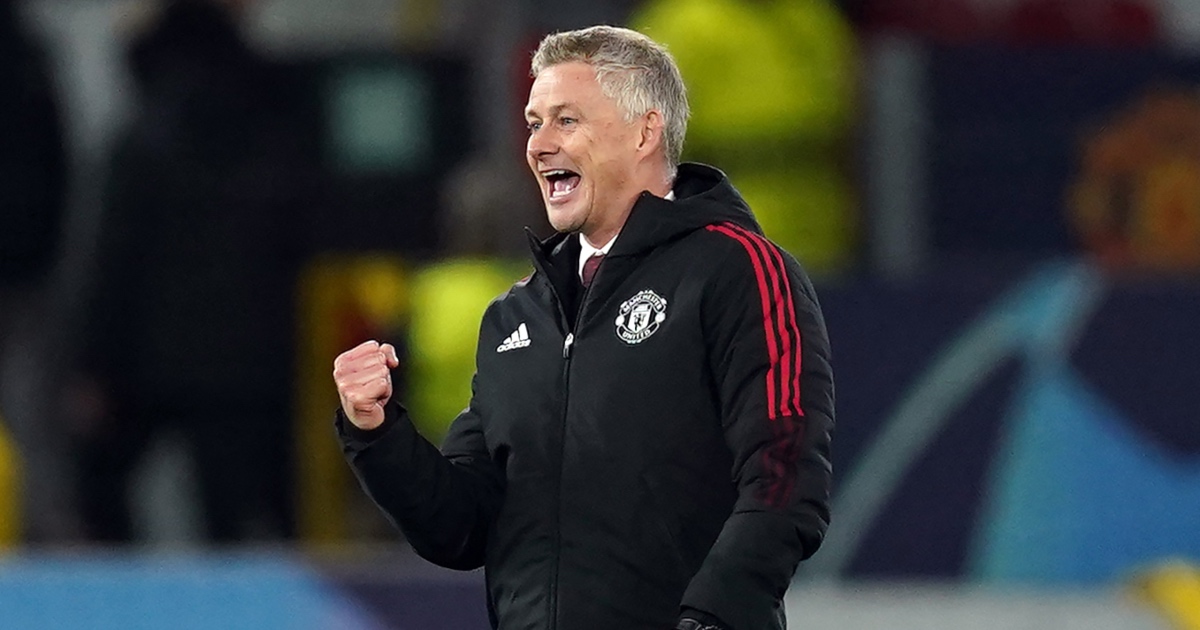 That was fun, but probably shouldn’t have been. Silly season will remain as long as Ole Gunnar Solskjaer at Manchester United.

A search of two key words – ‘Solskjaer’ and ‘pressure’ – in the Football365 archives produces over 1000 results. Some of them are Mailboxes, others aren’t specifically about Solskjaer’s Manchester United future, some say a lot about the status of the club (people love to talk and write about United), and it’s of course a clear sign of one of our many agendas.

But even if we ignore the volume, what is telling is the number of distinct, sustained periods of articles of that ilk. I count eight – often separated by pundit praise for decent displays – in which the #OleOut crowd reared heads and dominated our newsfeed. Eight in two-and-a-half years.

Despite the 3-2 win at Old Trafford, we’re not at the end of the ninth. We remain very much in the middle.

Jamie Carragher recently called out Roy Keane and Gary Neville for nepotism, claiming “the two of them just make excuses for Ole because they played with him and he’s their mate.” And Rio Ferdinand resumed his role as chief Solskjaer apologist ahead of kick-off. “Are the tactics and coaching not in place or are the players just not buying into it?” he asked, before ending his point with an ‘Ole’s at the wheel’ mime. If it’s a problem with tactics (it is), that’s clearly the manager’s problem, and if anyone else was in charge of a team in which the players weren’t grafting, that would be a clear sign that said manager has ‘lost the dressing room’.

The second-half display, in which United roared into action and created enough chances to win all four of their remaining group games, suggests the latter isn’t true, or at least they care about winning more than they care about getting a new manager through the door. But only recently have the accusations of players not playing for Solsjaer arisen; what has been a consistent criticism is that he just doesn’t really know what he’s doing. And he again showed himself to be tactically inept. As Paul Scholes said at half-time: “The formation is the problem, it makes it a 50-50 game.”

Manchester United played 4-2-f***ing-4. Solskjaer said as much, in the same breath as admitting his side had been “too easy to get through” in recent games. Atalanta couldn’t believe their luck and had a wonderful time in the chaos that ensued. Atalanta are chaos – it’s what they do. The key to beating them? Slow the game down; be patient. United were anything but: forcing passes and giving the ball away. They were disjointed and lost.

The mayhem continued in the second half. Huge credit has to go to the United fans, who had every right to boo their team off – as they did – at half-time, before rallying to come to their aid after the break. The players responded, leaning into the bedlam, using their far superior skill to make Atalanta suffer. Cristiano Ronaldo scored the late winner, because of course he did. And that second half was such good fun – great for the neutral and the United fans.

But the realists – like Scholes – will be able to brush aside the euphoria of the second half, in which a team of individuals showed their undoubted class, and instead go to sleep mightily concerned over the tactics and lack of cohesion of the side with Liverpool next. “The first half put me off the second,” Scholes said. “I don’t want to sound like a party pooper, but that first half was a major worry for me.”

Apparently not for Solskjaer, who unbelievably (and very worryingly) said: “I thought we played well in the first half.” If they play like that against Mohamed Salah on Sunday, they will get torn apart.

United remain totally unpredictable. Game by game. Half by half. Moment by moment. And that’s a symptom of two factors – the wonderful players that have the ability to dig them out of holes and the manager, whose plans require them all to have spades at the ready. Solskjaer may well survive his ninth spell of pressure, but then the tenth will be just around the corner.