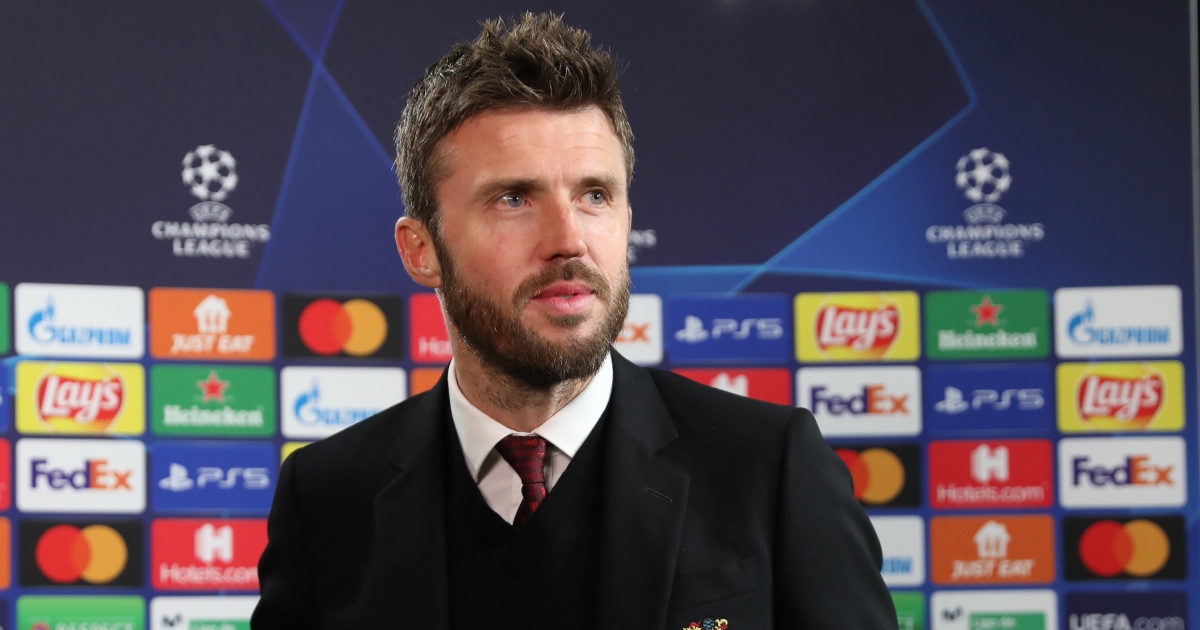 It was like they had wheeled in that doddery old fella from your local sports club who was once third team captain, then groundsman, then secretary, to record what was to be a posthumous goodbye ahead of a commemorative bench and an end of season trophy being named after them.

Asked in his video Will what advice he would give the players ahead of Villarreal, Solskjaer replied:

“Go out, chest out, enjoy being a Man United player. Champions League – the biggest stage. If and when you win the game you’re through to the next round. Michael [Carrick] is going to be in charge. I’ve got the utmost respect for Michael, I love him to bits. I’m getting emotional now because he’s top.”

The MUTV tear-jerker was, in a way, the perfect bookend to an emotional reign in which motivational T-shirt slogans held precedence over tactical instruction. Solskjaer’s claim that making friends is “what it’s about” at United was touching, and there’s no doubt that for the first time in a long time, United were re-United under Solskjaer. But reminders that YOU’RE PLAYING FOR MANCHESTER UNITED that were deemed enough to remedy all manner of ills, ultimately failed to quench the thirst for what Manchester United is actually all about – winning.

Carrick, the face of the enduring Solskjaer regime, handed Anthony Martial and Donny van de Beek their fourth and third starts of the season respectively on Tuesday. They were changes made to save that red face. Having run the training sessions and delivered tactical plans under Solskjaer, alterring personnel was the way to differentiate what is (briefly) his Manchester United team from the one that’s played so poorly under his less conspicuous stewardship.

There didn’t seem to be any notable change in quality. United didn’t need to win this game; a 0-0 draw was better for them than Villarreal – against whom they hold a better head-to-head record having won the return fixture at Old Trafford. And they didn’t try to win it for the first 60 minutes.

The defending was fine, but let’s not get ahead of ourselves – this was a Villarreal side that sits 12th in La Liga, missing their most potent striker in Gerard Moreno. Aaron Wan-Bissaka appears to be getting worse and worse in possession and the midfield was played through far too easily at times.

A side now managed by one of the coolest midfield customers watched on while Etienne Capoue and Dani Parejo did the Carrick impressions, stroking the ball around under very little pressure. But it all appeared to be part of a plan.

Bruno Fernandes and Marcus Rashford entered the fray on the hour mark, and were both brilliant. But their introduction also sparked the rest of the team into life – that was the plan. Stay in the game and then go for the kill with the ludicrous quality they have from the bench. Fred was the man to push them forward.

He won possession for both of their goals. He pressed Capoue from a goal kick and nicked the ball to allow Cristiano Ronaldo to lob the goalkeeper. And then battled in midfield to start the excellent counter-attack to put the game beyond doubt.

“This is the place – home.” Remember Sancho’s signing announcement? The lad born in south London, who learned his trade with Manchester City, announced that United was “his club” and “where I belong”.

This was probably the first time it’s looked as such.

Even before the second-half surge, he looked sharp cutting in from the line and beating defenders on the outside. He had one effort expertly saved after a brilliant one-two with Fernandes, before he collected a deft pass from the Portuguese in the 90th minute, took a touch to get the ball out of his feet and smashed it in off the bar. It was his first goal since his £73million summer move and a timely reminder not just of his, but the United squad’s, untapped quality.

Well done, Michael Carrick – it won’t be you, but that was something to be proud of. And well done, Jadon Sancho – welcome to Manchester United.