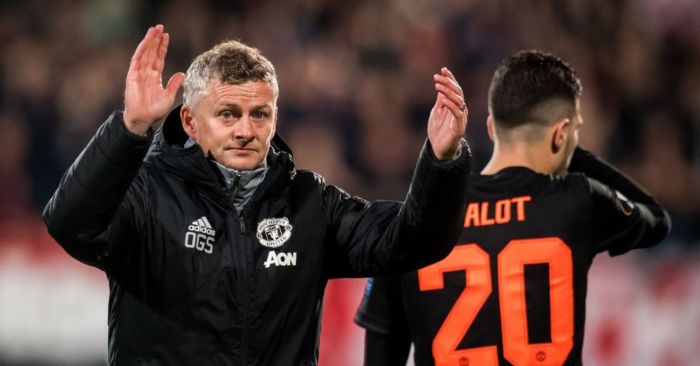 Liverpool, City and Chelsea make a profit on players who don’t play; Man United make a loss on almost anyone regardless. It’s time for that to change…

An inside joke is never quite so funny when the subject is too self-aware. Point out someone’s amusing character trait or personality quirk and it can provide the fuel for days, weeks, months or even years of childish laughter. But as soon as they realise they’re being mocked, expect those eccentricities to be exaggerated, for the comical to become caricature. Once those peculiarities are knowingly played on and played up for amusement, they are automatically less entertaining.

Which is to say that Man United selling Romelu Lukaku last summer for at least £1m less than they bought him two years prior was a step too far; an all-too-conscious nod towards their failure to turn a profit on almost any player in the last decade. Those chuckling behind their back before were left shuffling and grimacing at the awkward attempted self-parody.

Lukaku was signed from Everton for £75m in July 2017. He scored a respectable 42 goals in 96 games. He fell out of favour under new management and was soon surplus to requirements. But Inter Milan desperately wanted him. He had just turned 26 in an inflated market. Yet Man United still made a loss.

It was described in some quarters as ‘a decent bit of business’ and ‘a hard sell’ for which Ed Woodward ‘deserves credit’. In reality, it was yet another failure in the transfer market.

One half of that issue has been emphatically addressed. United’s first-team signings this season have ranged from £15m to £80m, 21 to 30, five-year contract to five-month loan. But each has been at least a relative success, and often an absolute triumph. Even Fred from Jose Mourinho’s final window has now justified much of his fee.

The problem comes when players head in the opposite direction. Man United, led by a former qualified chartered accountant, have been utterly incapable of making anything other than a loss on outgoing transfers. No matter their age, position, nationality, value and performance, players depreciate rather than ameliorate at Old Trafford.

That has to change. And it soon might. There will be obvious mitigating circumstances when clubs are free to sign and sell again, but news of United holding out for £35m to let Diogo Dalot go is striking. Not because they shouldn’t demand that much for someone who has made just 23 starts in little short of two years, but precisely because they should and so often haven’t.

Liverpool, Manchester City and Chelsea are among those clubs who have successfully leveraged their name and prestige to promote the idea that anyone who plays for them is automatically worth more by association. Liverpool signed Dominic Solanke for £3m, saw him score one goal in 27 games and then sold him for £19m. City discarded Manu Garcia, Uriel Antuna and Douglas Luiz last summer, all for more than they paid initially, despite none of them ever playing a first-team game in England. Chelsea are masters at stockpiling, loaning and profiting.

Meanshile, United gave Matteo Darmian a contract extension in January 2019 to increase his value, then accepted a £9.1m loss by September. The contrast is stark.

They should theoretically be able to do the same as their rivals, if not on an even grander scale. They should be able to buy players, watch them struggle or prosper and move them on for more regardless, simply because they have boosted their CV. Being employed by United should be a selling point, an achievement, not a brush for prices to be tarnished with.

It is time to subvert the joke, for United to deliver the punchline. Laughter, not noodle sponsors or isotonic drinks partners for Indonesia, is the best medicine for transfer ailments.