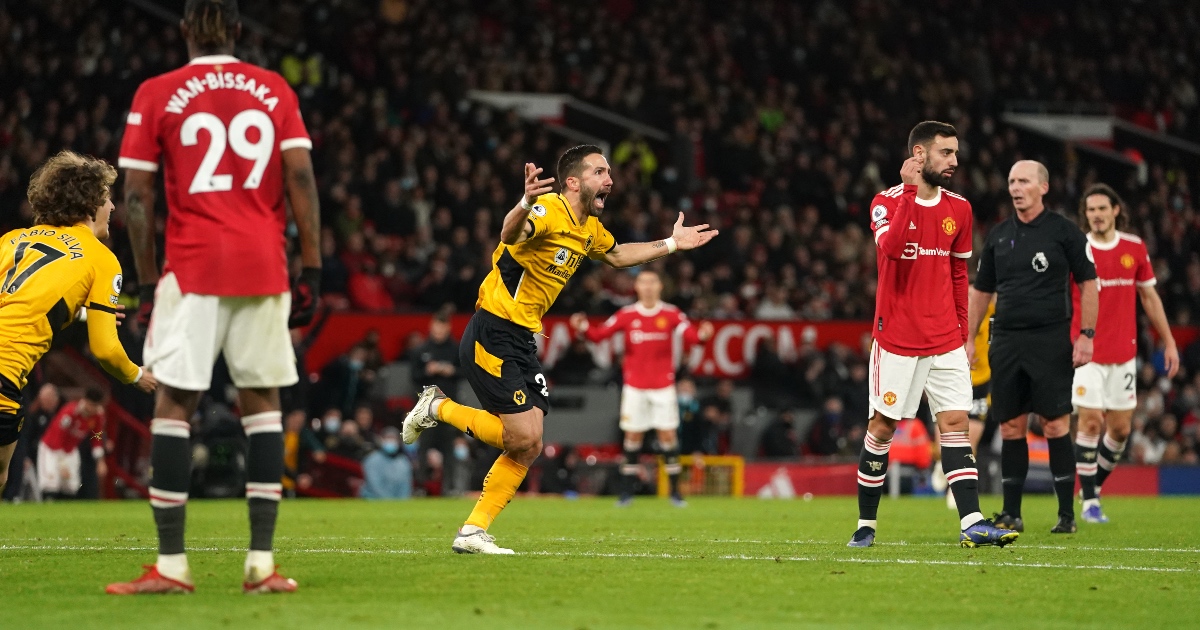 Ralf Rangnick got it totally wrong – has he never seen Wolves play a football match?

Fred scored a brilliant goal to win Rangnick’s first game in charge against Crystal Palace, was Man of the Match in that one and United’s best outfield player in the subsequent win over Norwich. He was then hauled off at half-time in the draw with Newcastle despite ranking first for successful passes, ball recoveries and chances created. He’s played one minute since and United really miss him.

The one aspect of Ralf Rangnick’s supposed tactical mastery we were unable to ignore before he arrived was his desire for proactive, pressing football – it was rammed down our throats. And we were collectively gagging on our gegens after the victory over Palace, with Fred pushing the press in that game, and before Rangnick arrived under Michael Carrick – notably in the Champions League win over Villarreal.

Fred is comfortably ahead of his teammates in presses per game on 26.2. Paul Pogba is second on 19.4, with Scott McTominay and Nemanja Matic, the pair occupying Fred’s position against Wolves, on 16.1 and 13.3 respectively. In pressing terms, Fred is worth two Matic’s. And it showed.

Wolves never looked rushed. Joao Moutinho and Ruben Neves had no United player anywhere near them for an hour, until Bruno Fernandes came on. Jadon Sancho and Mason Greenwood, playing in the two behind Cristiano Ronaldo and Edinson Cavani, were wide-ish, and Matic and McTominay were deeper, essentially up against no-one. Rangnick failed to realise and prevent the key to Wolves’ game – time and space for their midfielders to control the tempo.

And with Sancho and Greenwood wide-ish, but not wide, Moutinho and Neves had constant open outlets in wing-backs Nelson Semedo and Marcal, who lived behind the United full-backs in the first half. If Wolves had any cutting edge in the final third, they would have been out of sight by half-time – they had 14 shots before the break.

After the game, Rangnick admitted the problems – his side were overloaded in midfield, failed to prevent Wolves’ raiding full-backs and “didn’t press”. To his credit, they did switch to a back three in the second half, which stopped some of the threat. But not seeing that coming, given that’s how Wolves always play, is a worry from the godfather of modern German football.

United’s attack was as toothless as Wolves’ and far less frequent. If the plan was for Aaron Wan-Bissaka to be the main creator then Rangnick got it spot on – but that can’t be the plan, and if it is, it clearly shouldn’t be.

Fernandes did make a difference when he came and sat in that gaping hole behind Ronaldo and Cavani – Moutinho and Neves had something to do. He got on the end of United’s one decent move of the game and really should have buried the chance; instead smashing it against the bar. But even with his introduction United looked disjointed and uncertain of what they should be doing.

They’re not compact or expansive. They don’t press and there’s no build-up to speak of. There was no sustained pressure on the Wolves goal at any point in this game, at Old Trafford.

The United players, formation and tactics aside, were also just poor. They overhit passes, lost possession, couldn’t string moves together and made bad decisions. But the blame is Rangnick’s – if they had won it would have been down to individual brilliance and in spite of the system. There are problems with the players, there’s no doubt, but the far bigger problem is them not having a clue where to be, what to do or how to play, and that’s got to be down to Rangnick and his staff.

The top four contenders must have been fearing the worst following United’s display against Palace. If Rangnick could implement a change like that after one training session, imagine what he could do after 10, 20, 30. As it turns out, the more they train and the more time Rangnick has to impart his tactical wizardy, the worse they get.