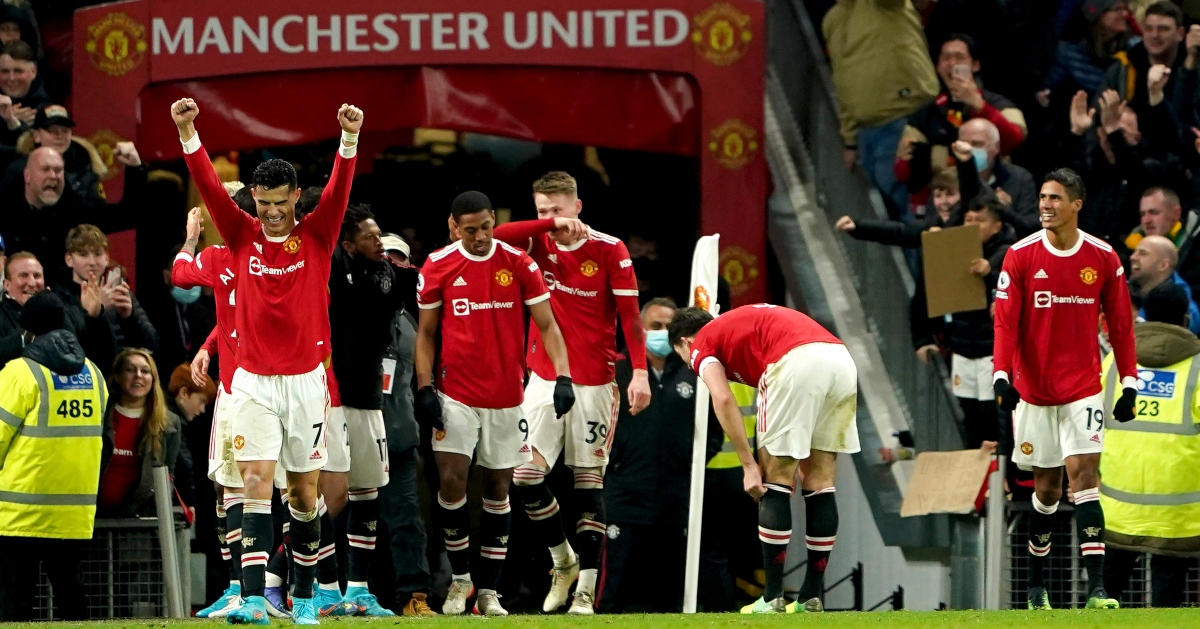 Manchester United moved into the top four with a last-gasp winner while shutting out one of their main rivals for a Champions League spot.

Nothing else matters, really. The euphoria of such a late triumph almost cancels out whatever went in the 93 minutes before Marcus Rashford emerged from his funk, doesn’t it?

For the supporters, probably. Not so much for Ralf Rangnick. The interim manager has spoken of results as being the primary concern at Old Trafford, mainly as a reminder to Cristiano Ronaldo in the wake of his tantrum, but Rangnick is also tasked with sustaining that winning feeling, something which would be impossible if the inconsistency the Red Devils showed this week is allowed to continue.

For the draw at Aston Villa last Saturday and the midweek win at Brentford, United were a team of two halves. First half good; second half bad at Villa Park. First half f***ing awful in west London; second half much better.

Alongside the many facets of their game United have to improve upon is their overall consistency. For too long, under this manager and the one before, they have played in moments. Wildly contrasting moments, often with little in between.

Against West Ham, the only ‘moment’ came in the 93rd minute. Mercifully, it was a high. An exhilarating high which United have to use a springboard.

The dull pre-amble into that injury-time hit may already have been consigned to the memory bin by any of the 76,000 there to witness it, but Rangnick will likely be satisfied with the mundanity of it all.

The hosts controlled the vast majority of the proceedings at Old Trafford, something they have failed to do for Rangnick throughout the duration of a match. They created little, worryingly little, but establishing dominance has to come before making it pay.

Rashford’s three-yard finish was United’s second shot on target of the afternoon. Anthony Martial had one a few minutes before but that would have been ruled out for an offside in the build up had Rangnick’s third substitute buried the opportunity. Other than that, with Rashford, Ronaldo, Martial, Edinson Cavani and Bruno Fernandes on the pitch – Anthony Elanga and Mason Greenwood also played 62 and 82 minutes respectively – United’s only shot on target came from Fred.

On the flip side, West Ham had only one shot on target themselves. Which represents tangible progress for United and Rangnick.

Prior to the visit of the Hammers, United had the fifth-highest average xGA (1.55) in the Premier League. Only Leeds United have allowed more shots on target than Rangnick’s Red Devils. No goalkeeper had made more saves than David De Gea. Today, his only test was a Michail Antonio shot that didn’t require the keeper to even shuffle his feet.

A solid defensive performance could be attributed in part to a lack of ambition on West Ham’s part. The Hammers went to Old Trafford not to be beaten – an approach which could be justified had it worked. But the fact that ultimately it did not will prompt reasonable questions of David Moyes’ tactics and substitutions.

United’s defence also deserves credit for the ease in which the Hammers were kept at bay. Diogo Dalot and Alex Telles both continued to justify Rangnick’s decision to omit £80million worth of full-backs, while Harry Maguire and Raphael Varane combined to shackle Antonio. It was business as usual for Varane. For Maguire, playing only because Victor Lindelof’s personal circumstances, this performance, with the composure and reliability one should expect of an England centre-back, has to serve as a platform for the rest of the season.

Similar goes for Rashford. If United could have hand-picked someone to benefit from Cavani’s cut-back, it would surely have been him.

Rashford’s performances of late have been as mystifyingly bad as his mood. We can only speculate what has weighed him down – playing for so long with injuries seems a reasonable explanation – but Rangnick must hope the release that only a last-kick winner can provide will bring Rashford some blessed relief.

The outlook collectively looks brighter for United. Being back in the top four, even if only for a night, after one defeat in 10 under Rangnick – a run that extends to 13 games following the humiliation at Watford that did for Ole Gunnar Solskjaer – has to bring the squad behind the manager ahead of four Premier League fixtures against bottom-half opposition that demand consistency of the sort United finally showed today.