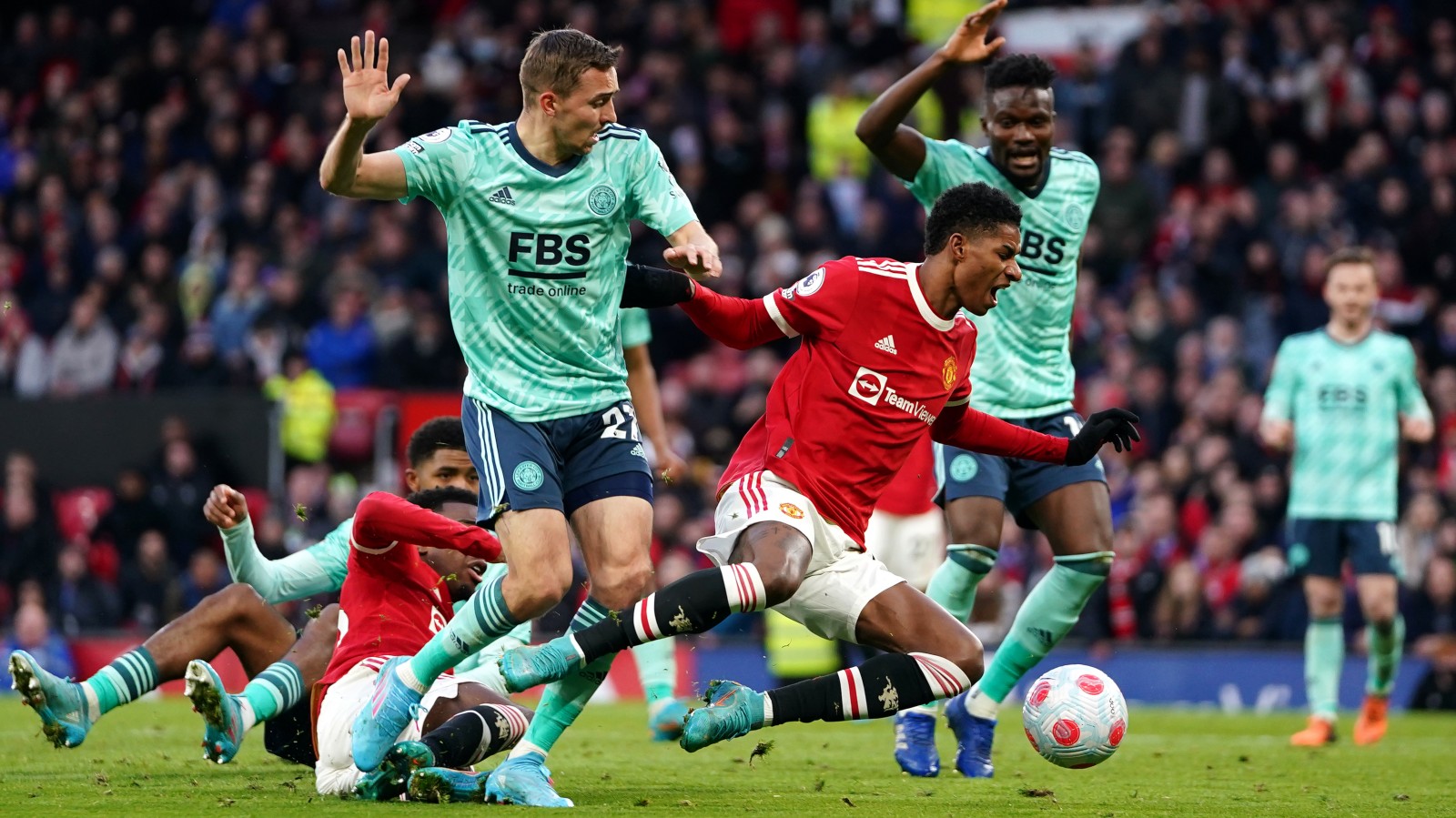 Manchester United look like they can’t wait for the season to end and for a new manager to arrive. No one more so than the ghost of Marcus Rashford…

Individually and collectively, Manchester United’s draw with Leicester reaffirmed every little thing we already knew about these Red Devils. And doubtless reinforced all the opinions formed by Ralf Rangnick during his four-month stint so far.

Even if the interim manager would prefer that we didn’t attribute ownership of this rabble to him, Rangnick’s men were once again painfully passive against the Foxes, with some players scratching around for confidence while others barely bothered to seek the motivation they so woefully lacked. Despite a Champions League place still being within reach, United grabbed the holiday brochures.

It’s all been said and written before and absolutely nothing occurred at Old Trafford to provoke any rethink of the judgements already made of this squad.

David De Gea pulled off another world-class save to spare United further embarrassment, and Fred was one of few in red to show himself in a positive light. Beyond that pair, and Bruno Fernandes’s intensity even if the finesse was lacking, there are very few other reasons to be positive in the wake of another draw that could leave them in seventh place come Monday night, six points off Arsenal having played a game more.

Some players have more reason than most to mope their way to the beach. Marcus Rashford for one…

The United forward has had a rotten season. Obviously, he’s in good company, but Rashford has looked a shell of the player we all know he can be. So his already depleted reserves of confidence must have evaporated completely upon hearing Rangnick’s line up.

With Cristiano Ronaldo absent with flu-like symptoms and Edinson Cavani apparently allergic to English grass, Rangnick decided that playing with no striker was better than using Rashford through the middle.

Rangnick opted for a similar tactic in the embarrassing derby defeat to City, an experiment which ought never to have been repeated. But Rashford watched on again as Fernandes buzzed and Paul Pogba preened, all the while United attempted to switch the play from side to side, too often finding touch rather than a team-mate.

The absence of a focal point in their front line was excruciatingly apparent. The false 9 system is intended to perplex centre-backs used to being touch-tight and to draw them from their posts but the only players befuddled by United’s set up were their own.

Even at half-time, Rangnick refused to turn to the child-feeder. Belatedly, with 10 equally-listless minutes gone in the second period, Rashford was called back from his lone warm-up to end Scott McTominay’s miserable evening. Roared on to the pitch by a United crowd counting down the days until the end of the season, the stage was set for Rashford to make his point to Rangnick.

But Rashford simply emphasised Rangnick’s. In his first half an hour, the forward managed a miserable four touches, two of which were in his own half and none inside the Leicester box. For that, the blame goes beyond Rashford; it can be spread throughout his team-mates and all the way to the coaching staff.

But Rashford carried the air of a young man just hoping to stay out of sight until the final whistle. When he was thrust into the box and into action, upon United offering something resembling intent in added time, Rashford’s two moments that could have marked a turning point, for himself if probably not his side, summed up the rut he and United find themselves in.

First, the ball passed through him like the ghost some have described him as lately on the way to Jadon Sancho, who horribly miscued at the end of a performance that took him back to the dark days before his recent resurgence. Then, in the dying seconds as Rashford carried the ball through the Leicester defence and the goal beckoned, he was kicked from behind by his own player coming from an offside position.

That moment of calamity and the final whistle that soon followed was greeted with silence by an Old Trafford crowd too apathetic by now to boo. The sooner the season finishes and United appoint their new manager, the better. For Rashford and for Rangnick.