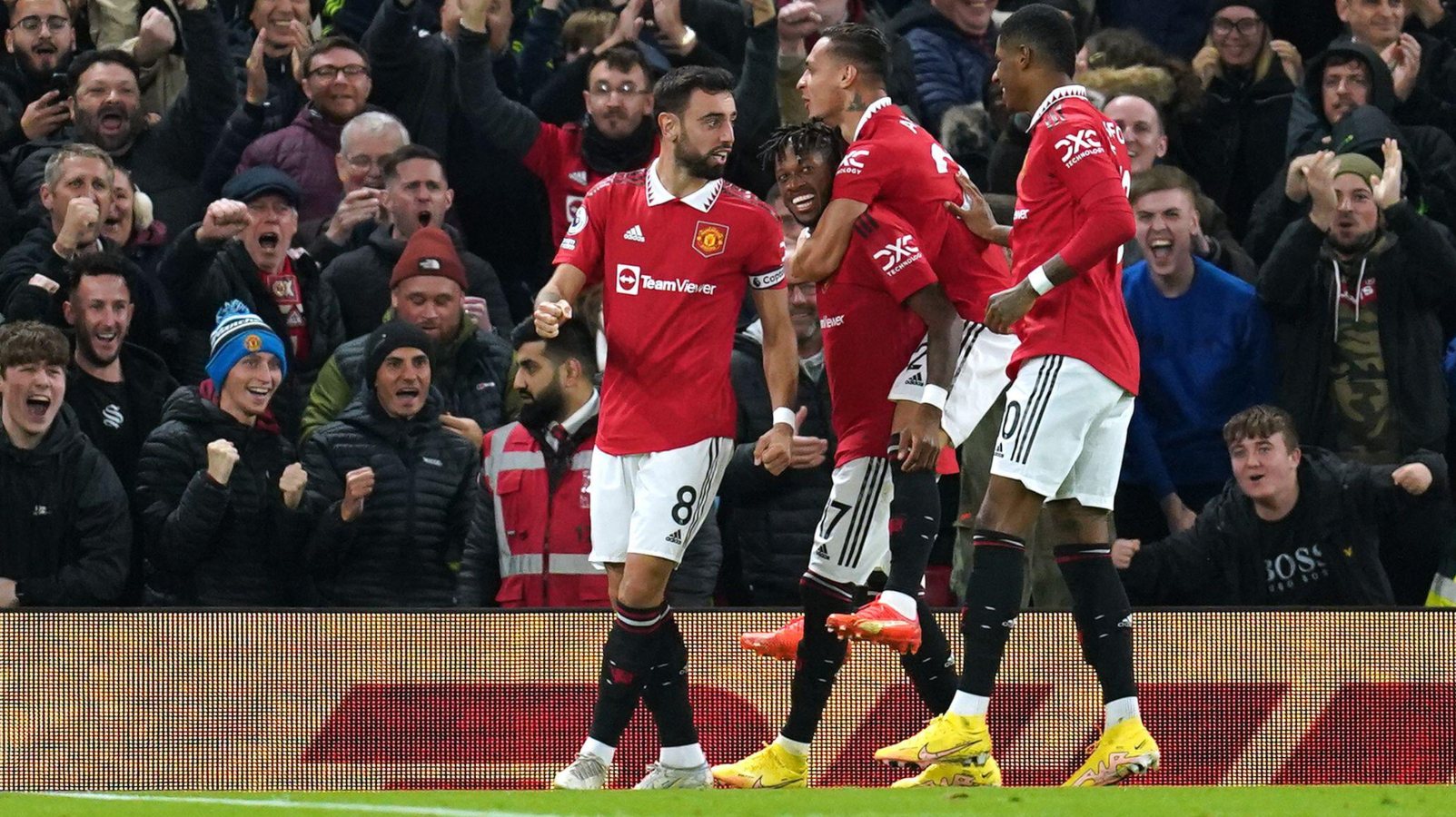 Man Utd turned a page in a victory over against Tottenham that has to mark the start of a new chapter for the Red Devils. And Cristiano Ronaldo…

We have to be careful – we’ve been here before with Manchester United. They turn in a performance or pull off a result and we all dare to wonder if, this time, the Red Devils really have got their sh*t together. Then, inevitably, they go and smear it all over their own beds again.

But the win over Tottenham on Wednesday really did have a watershed feel. Out, prematurely down the tunnel and into his car, with the old, and in with the new while Erik ten Hag for the first time enjoys watching his Manchester United.

Let’s address, since we must, the Cristiano Ronaldo distraction. He behaved like a spoilt pr*ck, which comes as no surprise to anyone, anywhere. Nor is it a shock to see his fanboys circling their wagons. But their unwavering, fawning loyalty is all the protection the 37-year-old now enjoys.

The brilliance of his performances used to shield him from flak when he could not keep his ego in check, so too did the idea that Ronaldo’s drive was a positive influence on a fragile and impressionable dressing room. Now, no longer getting his own way and very obviously not interested in an impact-substitute role, Ronaldo is burning his bridges and United need not bother trying to repair them.

The player just needs to get through the next three weeks and to the World Cup break without his legacy being tarnished any further. That time might be better spent away from the squad, while United ought to forget any notion of making a few quid in January so long as he’s overseas and out of sight.

Even if he must not tolerate it, Ten Hag will understand Ronaldo’s frustration. One of the greatest players of all time had to watch his team turn in one of their most complete performances in Christ knows how long, all while he simmered beyond boiling point on the bench.

From front to back, United offered the best version of themselves. Tottenham were inescapably poor but the Red Devils’ fluency, fight and cohesiveness had more to do with that than Spurs’ own unique Spursiness.

It was a victory to highlight how quickly Ten Hag is working through his to-do list, which in August appeared longer than perhaps he or any other manager could possibly face. His first, most urgent task, certainly in the wake of shambolic defeats to Brighton and Brentford, was to make United harder to beat by tightening them up at the back.

Tick. United earned their sixth clean sheet of the season and third inside a week with what seems to be Ten Hag’s strongest back four. Lisandro Martinez and Raphael Varane, with five shutouts in their eight games together, are developing a Vidic-Ferdinand-type axis flanked by United’s best full-backs. On Thursday night, Varane and Martinez pocketed Harry Kane and Heung-min Son, while Luke Shaw and Diogo Dalot struck the perfect balance between attack and defence.

It certainly helps that United, finally, have a fit-for-purpose defensive screen. Casemiro wasn’t Ten Hag’s first choice in the summer but he is quickly making himself the first name on Ten Hag’s team-sheet. We know from the 30-year-old’s career at Real Madrid that he’s much more than just a stopper but the concern when he joined United was whether he might get bogged down in his water-carrying duties. A couple of key passes and eight overall into final third suggest not.

Casemiro was magnificent but not exceptional. He might not even have been the best Brazilian, with Fred having arguably the best game of his United career.

He can thank Casemiro for providing the platform, with Fred playing further forward, closer to Bruno Fernandes than his compatriot. United’s advanced midfielders pillaged the Spurs engine room, despite Antonio Conte posting Pierre-Emile Hojbjerg, Yves Bissouma and Rodrigo Bentancur to stand on the door. “Against Tottenham, you need good pressing and good counter-pressing,” said Ten Hag. Led by Fernandes and Fred, for the first time in far too long, United chased and harassed their opponents in packs, with intent, rather than pretending to press, each individual doing their own half-arsed thing.

It is no coincidence that United looked more like the best version of themselves when so too did Fernandes. Nine key passes for United’s most creative force and, even more encouragingly, a 92.7% accuracy rate – the highest of anyone in red – from 68 passes. The gripe with Fernandes too often is that his creativity comes at the cost of too many turnovers but last night showed the harder-to-please among us that he can find a quite beautiful blend.

The victory also offered evidence that Ten Hag is ahead of schedule with his midfield remodelling job. Fernandes was backed up by Casemiro and Fred, while Christian Eriksen and Scott McTominay watched on from the bench. With four vying for two places, Ten Hag has strength in depth and a variety of skillsets where, prior to this season, there was just McFred.

Ten Hag would doubtless like to strengthen his midfield further but his forward line is now the priority. Ronaldo is struggling to make himself useful but United still lack a clinical goalscorer who can tick enough of Ten Hag’s boxes. Marcus Rashford brings plenty to the centre-forward role, yet ruthlessness still evades him. United are creating shooting opportunities – they’ve attempted 78 in the three games over the last week – but potency is lacking.

That’s the next fix for Ten Hag, assuming United can maintain their progress in other areas. Achieving the consistency to replicate Thursday night’s performance on a twice-weekly basis is the manager’s biggest overall objective. If United go to Chelsea on Saturday and fall way below the standards they set for themselves in midweek, showing the flakiness we have become accustomed to, the best performance Old Trafford has seen in years will be nothing more than yet another false dawn.