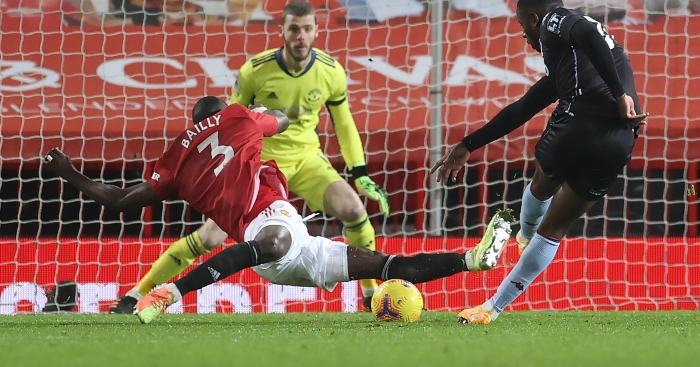 Accidental or not, Manchester United are mounting a title challenge. And this month will show us how equipped they really are to maintain it.

Sir Alex Ferguson regarded the turn of the year as the start of business time and United began January with a fine 2-1 win over Aston Villa at Old Trafford. It was a victory which showcased many of the reasons why the Red Devils are sat at the Premier League summit as the halfway point of the season approaches, while also posing further questions for Ole Gunnar Solskjaer to answer.

The most obvious one at this time of year will inevitably focus on the transfer window. United generally approach their recruitment in an all-too-spontaneous manner but that failing could turn out to be a strength this winter. Even with the foresight he evidently doesn’t possess, Ed Woodward would almost certainly not have viewed this January window in the context of a title race. Now he and Solskjaer have to take on the next month with the short-term in mind, as well as the long term.

Reports this week suggested that Solskjaer regarded the centre-back position as a priority if United are to dabble in the market. But Eric Bailly has timed his return to the side and his return to form perfectly if he was hoping to change his manager’s viewpoint.

The defender made his fourth consecutive appearance next to Harry Maguire and arguably earned his second consecutive man of the match award, if only for a wonderful last-minute block to deny Keinan Davis what Villa would claim to have been a deserved leveller. It earned him the adulation of his team-mates at full-time, following their show of appreciation on social media in the wake of Tuesday’s last-gasp win over Wolves.

A fit and in-form Bailly is certainly good enough to be United’s starting centre-back alongside the captain. At the moment, he is both of those things. The problem, though, with Bailly is that neither injury nor brain fart ever seem to be far away. Solskjaer has to suss whether he feels he can trust the 26-year-old to remain reliable through the next five months. If not, then he has to push Woodward to source and pay for a centre-back who is.

Paul Pogba may be rethinking his January plans too. The midfielder wants to leave United, he and his agent have made that perfectly clear. A few weeks ago, he would have happily moved at the earliest convenience but both Pogba and Mino Raiola have to recognise the opportunity now before them.

The likelihood of any of his preferred clubs rescuing Pogba from his Old Trafford purgatory is  extremely slim this month. But the opportunities will be plentiful if he can finally exhibit the form we all know he is capable of on a consistent basis.

Solskjaer has done his bit to facilitate that with his team selection against Villa. Pogba was employed in a more attacking role, with Fred and Scott McTominay left to screen the back four. To the left of the three swarming around Anthony Martial, Pogba turned in one of his most influential performances in recent memory.

He played a major role in the build up to Martial’s opener, winning the ball and feeding it to Marcus Rashford before it found Martial’s head via Aaron Wan-Bissaka. Pogba also won the decisive penalty while getting into the kind of areas that his previous role kept him away from.

The price United pay for providing Pogba with his preferred platform is the removal of Rashford from the left side. The England attacker shifted to right, where he goes willingly while knowing he is somewhat less effective when having to cut inside on to his left foot. That is not to say Rashford doesn’t have an influence – he managed the same number of attempts on goal as Pogba (4) and matched Bruno Fernandes for shots on target (2). But a slight dip in Rashford’s productivity is certainly easier to stomach if Pogba is as engaged through the rest of this month as he showed on its first day.

Pogba’s next task is to dominate United’s big six contemporaries. The Red Devils face Manchester City next week in the Carabao Cup semi-final, with trips to Liverpool and Arsenal before the end of January around clashes with Burnley, Fulham and Sheffield United. When it comes to this United side, we can still only guess how they will fare in any of those assignments. But there is consistency beginning to emerge and with it belief. If they end the month looking as strong as they have started it, then no one can deny United, as baffling as they can be, as among the frontrunners in a bewildering title race.