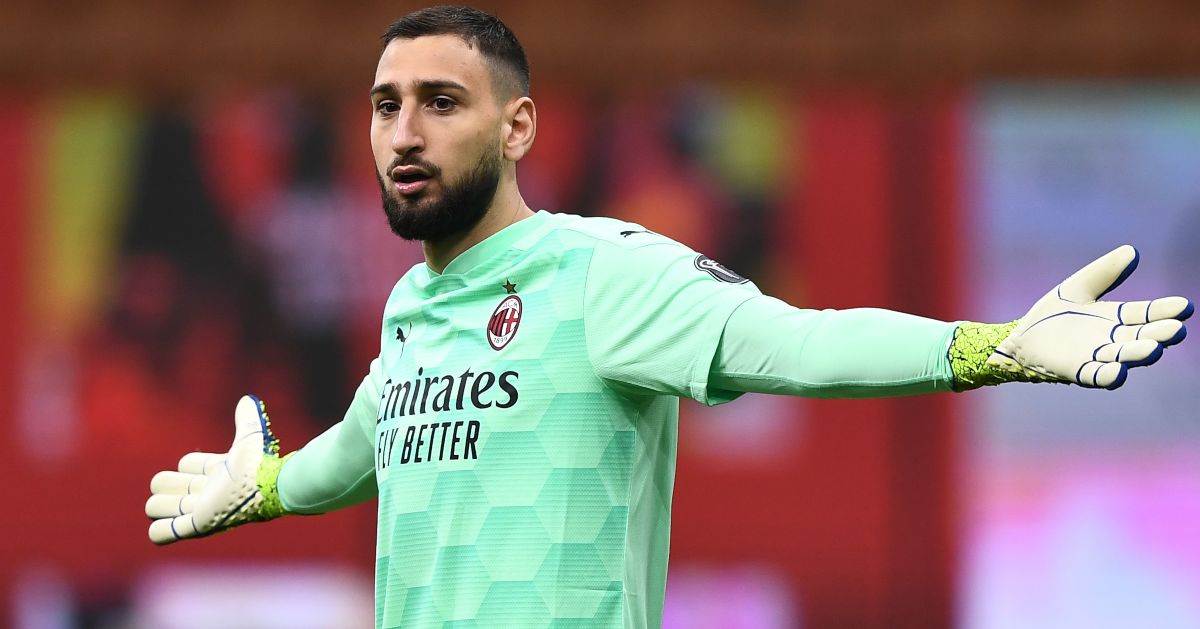 Neither Manchester United nor Chelsea are short of goalkeepers. Indeed, both have Spain stoppers as well as bloodied new internationals on their books this season. But Gianluigi Donnarumma represents an opportunity too good to miss for both.

Donnarumma has established himself as one of the world’s most highly-regarded keepers after bursting on the scene as a teenager. The Italy No.1, only recently turned 22, made his Serie A debut aged 16, since when he has amassed 238 appearances for AC Milan.

At an age when most goalkeepers are still growing into their gloves, Donnarumma has already been Milan’s No.1 for five years and Italy’s first choice for three.

As well as everything he has achieved on the pitch, Donnarumma has also squeezed in as many contract wrangles as most players might endure during an entire career. Mino Raiola seems to have spent the last five years in a permanent state of negotiation with Milan as he seeks to wring every last drop from one of his most prized cash cows.

Raiola and Milan’s haste is increasing since Donnarumma’s current terms are due to expire this summer. Without considerable allowances on one or both sides, in around three and a half months, the goalkeeper will become a free agent and perhaps one of the biggest steals ever.

Should that come to pass, then Chelsea and United will not be the only clubs interested in making Raiola an offer. But the Red Devils and Blues seem better placed than most to meet the agent’s demands.

Few of Europe’s other big-hitters are in the market for a highly-paid goalkeeper this summer, even if he won’t cost a transfer fee. Real Madrid and Barcelona have other demands on their limited resources, while Bayern Munich have no plans to shelve Manuel Neuer just yet. PSG could be interested, since Keylor Navas’s profile has never quite seemed to satisfy the Parisiens, even if his form and consistency has met their needs.

Chelsea and United, though, have decisions to make over the future security of their goals.

For United, a dilemma requires resolution. Neither Dean Henderson nor David De Gea will be content to sit on the bench next season and Ole Gunnar Solskjaer must pick one. Or possibly neither.

De Gea’s form has been a worry for Solskjaer ever since he signed a huge new contract in 2019. The Spaniard has enjoyed a stellar decade at Old Trafford, in which time he established himself as the world’s best goalkeeper. But that status no longer belongs to the 30-year-old and his future remains in doubt, especially in the wake of the birth of his first child in Spain.

While De Gea remains on paternity leave, Henderson has an opportunity, one that Solskjaer seemed reluctant to previously offer, to stake his claim for the No.1 spot. The England international, 24 on Friday, has made a reasonable fist of his audition so far, looking solid and confident in shutting out Manchester City last weekend, but his technical flaws were exposed when he was unable to get a glove near Simon Kjaer’s header in added time when AC Milan earned a Europa League draw on Thursday night.

Solskjaer’s choice would be the envy of many managers but Donnarumma as a free agent offers an intriguing third option.

Did Henderson have his Mata moment against Palace?

Chelsea’s interest is similarly piqued. The Blues had to urgently address goalkeeping issues last year, with Kepa Arrizabalaga failing to prove himself at all trustworthy, despite being the world’s most expensive stopper. Chelsea identified Edouard Mendy as a gettable upgrade and though he has showed himself to be just that, the Senegal keeper is yet to prove himself as a truly top-class No.1.

It is clear that if Donnarumma was sat snugly in the middle of a long-term commitment to Milan and any club looking to prise him away would be required to fork out the Italian’s market value, then neither Chelsea or United would be looking towards the San Siro sticks with any great intent.

But as a free agent, Donnarumma may offer both clubs the chance to save a few quid while upgrading their goalies. Of course, Donnarumma expects to be paid. But it seems he currently earns slightly less than what Henderson makes as back-up at United.

Raiola is reported to be asking for around £165,000 a week to re-sign for Milan, as well as other sweeteners. To move, Donnarumma would likely command closer to £200,000 a week, which would make him one of Chelsea’s highest earners. At Old Trafford, such a salary might not get him in the top five, which is currently topped by De Gea on more than double what Raiola is asking of Milan.

There is the added inconvenience of dealing with Raiola, who would command a fat commission to deliver Donnarumma to Old Trafford or Stamford Bridge. And there would be sales to make to create room for another goalkeeper in United and Chelsea’s squads. Though that would be the case regardless for both clubs this summer, with one set to leave Old Trafford and Kepa in dire need of a fresh start away from west London.

Neither United nor Chelsea would relish climbing into bed with Raiola but Donnarumma is worth getting down and dirty for.