Home F365 Says Arnautovic and Rabiot? Ten Hag doesn’t have to put up with this sh*t from Man Utd 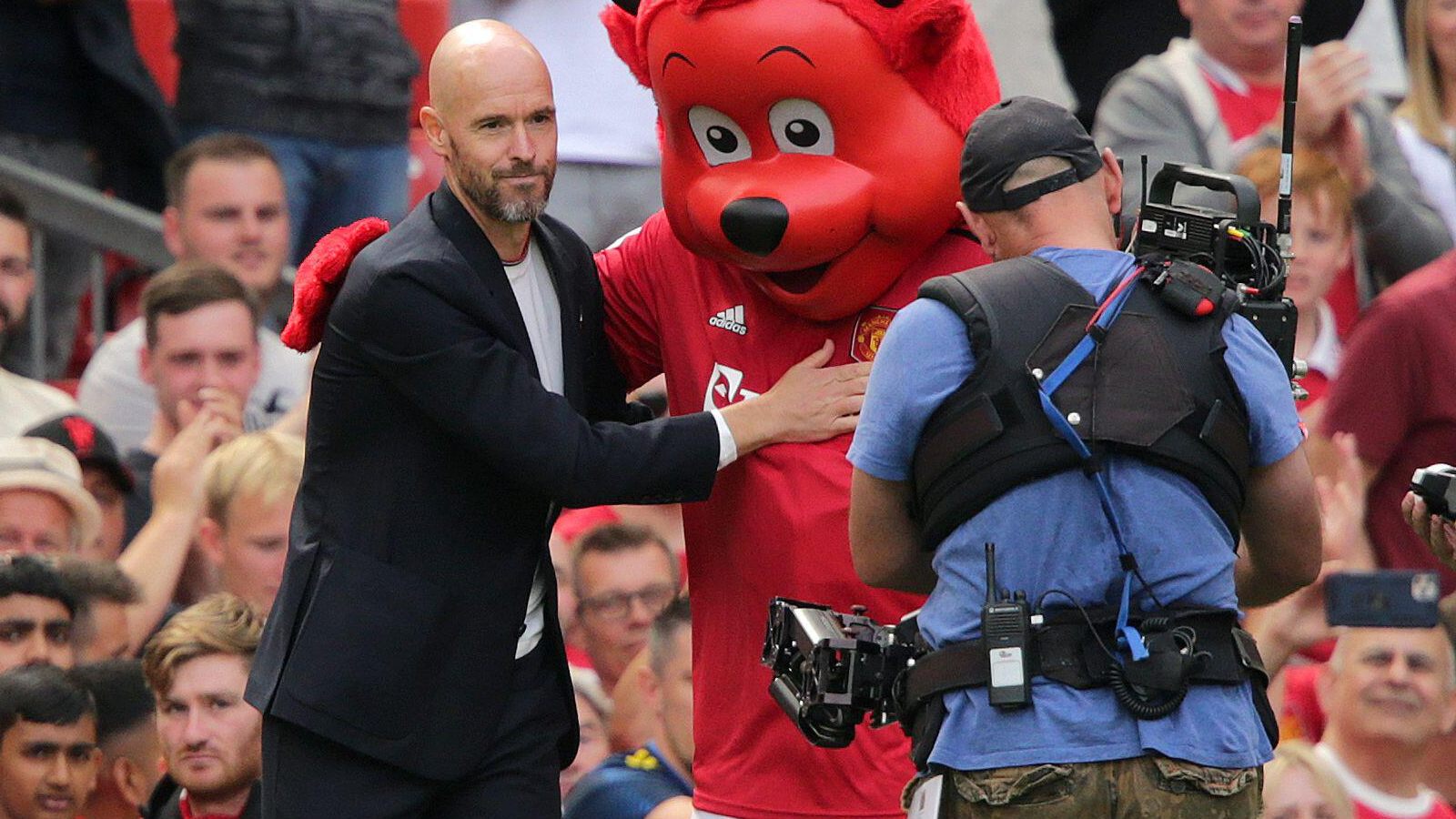 Erik ten Hag didn’t sign up for this – did he? While United chase has-beens and rejects, the manager can’t be blamed for considering self-preservation.

Erik ten Hag there, stating the bleeding obvious on Friday. But as the pursuits of Marko Arnautovic and Adrien Rabiot show, a lot can change in three days at the Theatre of Contradictions.

The news of a bid being submitted to Bologna for 33-year-old Arnautovic broke ahead of the clinic Brighton laid on for their hosts on Sunday.

Of course it was rejected. The only idiots that might accept an opening bid from United are probably United themselves. Bologna know there are many more Euros to screw out of the Red Devils before they put the ex-West Ham striker on a plane.

If United fans were underwhelmed by their club’s interest in a past-his-prime, ex-CSL forward with a dubious character history that includes more than one allegation of racism, their team’s surrender to the Seagulls cannot have helped the mood.

Any optimism naturally generated by the opening weekend of the season was evaporated inside 45 God-awful minutes spent playing without a centre-forward.

United’s third strike emerged on Monday when it was revealed that the club’s next target is a midfielder with a questionable disciplinary record whom Juventus want shot of but seemingly no-one else wants. And for a player Juve might be inclined to give away to get his salary off their books, United are going to pay upwards of £15million.

It is a question that has been asked with increasing regularity and irritation over the last couple of years while United stumble from rake to rake. This summer, though, was supposed to mark a turning point, a line in the sand drawn by Ten Hag before the rebuild commenced in earnest.

We don’t really know who the ringmaster is. Despite having had more than half a season to get their house in order and create a structure more befitting one of the game’s super-powers, who can say with any certainty who is driving the clown car towards the edge of the cliff?

Is Ten Hag at the wheel? It is hard to imagine that Arnautovic and Rabiot were on his most-wanted list when he was appointed. Ten Hag and Steve McClaren know Arnautovic from their days at Twente, where the Austrian scored 14 goals in 59 appearances between 2006 and 2009. Thirteen years ago.

Is it that Arnautovic and Rabiot are just the best of a bad lot of names presented to Ten Hag? However reluctant he might be to be pinned as such, John Murtough as football director is the face of the brains trust at Old Trafford. To what level is he and his team helping or hampering Ten Hag?

Despite United making a big deal of Murtough’s appointment – and also that of Darren Fletcher, who seems to be United’s jack of all trades between the dug-out and boardroom – so many questions remain over what influence they wield.

It was Murtough who pushed hard for Ralf Rangnick’s appointment last year as an interim-manager and consultant. United then spent six months ignoring the one man with a track record of building teams and changing cultures.

By the time Rangnick urged United to move for one of Luis Diaz, Julian Alvarez or Dusan Vlahovic, his superiors had tuned out. “No, there is no player on the market that can really help us,” Rangnick claims he was told. Seven months later, United are reduced once more to scrambling around in the Whoopsie aisle.

Of course, United’s corpse has the Glazers’ prints all over it. Richard Arnold, Murtough, and co. may simply be their shills, scurrying away to offer the illusion of intent, all the while the club rots from the top down.

The Glazers, to their mind, have got away with it for so long and while their name is above the shop, United’s approach won’t change nearly radically enough to achieve the aims they profess to hold.

One Premier League game into his reign and Ten Hag must be asking that same question the fans have been since long before he was suckered in to being the Glazers’ latest stooge. This is not what Ten Hag signed up  – it can’t be.

When he left Ajax, the ambition was to build a dynasty at United. Already his thoughts must be turning towards self-preservation.

Perhaps the best way to meet both ends is to ignore whoever is pushing for Arnautovic and Rabiot and instead demand that younger, hungrier players are recruited while getting to work on those already at the club having graduated from the academy. Demolish the dressing room entirely before rebuilding it, rather than continue with the Glazers’ bodge-job refits.

If he isn’t going to be given the tools, Ten Hag might want to consider walking off the job before his reputation is trashed like the club’s.