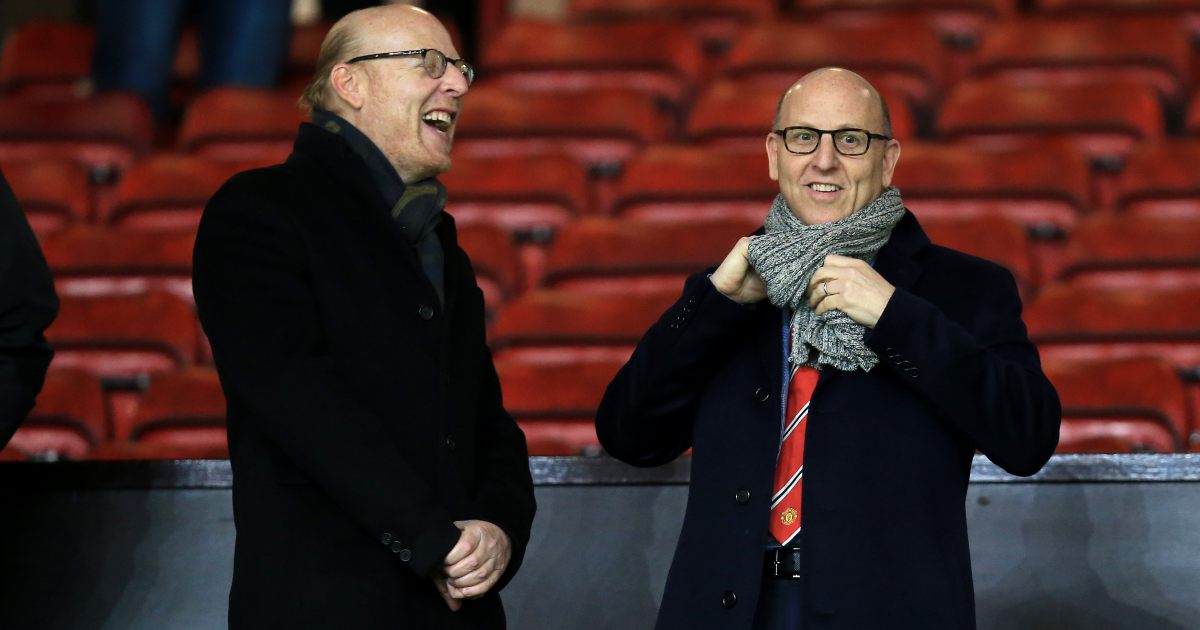 The Glazers won’t go willingly or cheaply, especially while there is more money to be sucked out of  Man Utd…

Three days is all it took to bin the grotesque Super League. If only shifting the Glazers was quite so simple.

Manchester United fans have been trying for 16 years to rid their club of their American overlords. Many supporters took the fight to Malcolm, Joel, Avram and the rest of the clan from the off, and battle was renewed in 2010 when green and gold was the new red around Old Trafford.

Whether the Glazers noticed the new colour scheme, it is hard to say. It certainly did not have the desired effect. Fury on the Stretford End and the Red Knights’ attempts to fund a reasonably-priced takeover could barely be heard over the noise of the money-counter, and protests since have been sporadic.

But United’s dalliance with The Super League has ratcheted up supporters’ anger to levels not seen for over a decade. With Ed Woodward having fallen on his sword, #Glazersnext was trending on Wednesday as United fans – and the fans of their snaky cohorts – turned their attention to the next chapter of this twisted story.

But victory in that fight looks as far away as it ever has been. The Super League climbdown has given United supporters a platform upon which to build some momentum, but it seems certain that they will need to find a different way to skin this particular crew of fat cats.

The Glazers are nothing if not stubborn. Parasitic too, with the hides of rhinos. And while there is money to be sucked from their biggest cash cow, these owners will happily hide away in the background, popping up only to suck out the nutrients whenever the whim takes them.

What are John W Henry and FSG smoking over there at Anfield?

So, in the wake of a rare battle triumph for fan power, United supporters will need to be resilient, clever and creative to win this particular war. And rich. Filthy, stinking, obscenely rich.

Because the only thing that will shift the Glazers is a sale worth around £3.5billion pounds – a six-fold increase on the cost of their takeover in 2005. Even that might not be enough, with some financiers suggesting the owners would only start to listen when the offer starts with a four.

We’re talking sovereign money. And that particular pool is extremely shallow. Especially if you tend to prefer your sugar daddies without blood on their hands.

Talk of a takeover by Saudi Arabia crown prince Mohammed Bin Salman was rife 18 months ago, and such a prospect would certainly sate the appetite of supporters happy to ignore human rights abuses if it meant Erling Haaland or Kylian Mbappe rocking up at Old Trafford. But to the more right-thinking among us, getting in to bed with the PIF would leave many feeling grubbier than a night with Joel or Avram.

The alternative to sovereign funding would appear to be private equity firms, for whom a new centre-forward and Old Trafford’s leaking roof falls as far down the list of priorities as it does for the Glazers.

The UK’s richest man just so happens to be a United fan. Sir Jim Ratcliffe, born in Oldham, is worth around £18billion and the petrochemicals mogul has explored the possibility of buying in to the Premier League. He looked at Chelsea, Leeds and Newcastle. Ratcliffe has also had his say on the state of his boyhood team.

“They haven’t got the manager selection right, haven’t bought well,” he told The Times in 2019. “They have been the dumb money, which you see with players like Fred. United have spent an immense amount since Ferguson left and been poor, to put it mildly. Shockingly poor, to be honest.”

Such comments might have other United fans nodding along in agreement but before anyone gets excited about a takeover by a billionaire Top Red, Ratcliffe was asked about buying the club. “Not at the moment, no. They are in quite a big pickle as a business,” he said. “Ineos never wants to be the dumb money in town, never, never.”

Ratcliffe instead opted to start small with a £91million purchase of Nice, and the Glazers’ desire for silly, probably dumb, money would seem to rule him out – for now.

Of course, the preference for United supporters, and fans of all clubs, would be the 50+1 German model of club ownership. But in the short term, that remains a pipe dream at the top of the Premier League, with the initial buy-in beyond the means of supporters’ bodies and trusts. And despite the government’s promise of a root and branch review into football governance, there is little to no prospect of Boris Johnson – who had no problem with the Glazers’ takeover in 2005 – taking drastic action or even considering it once the furore over the Super League dies down.

“Who is the real Boris Johnson?”

In 2005, he said allowing the sale of Manchester United was “basic Conservative philosophy”

The chances are, United are stuck with the Glazers. Does that mean supporters should simply accept it? Of course not. Some took matters into their own hands at Carrington on Thursday morning, reaching the door of Ole Gunnar Solskjaer, in what we can only presume is the first wave of new protests.

But those who want the Glazers out must display the stubbornness of those they wish to unseat. And the protests will have to exhibit the kind of ambition and creativity the owners refuse to employ in their running of the club.

This may be the start, but with another Glazer lackey most likely to fill Ed Woodward’s sweaty shoes, the prospect of real change occurring anytime soon is depressingly remote.