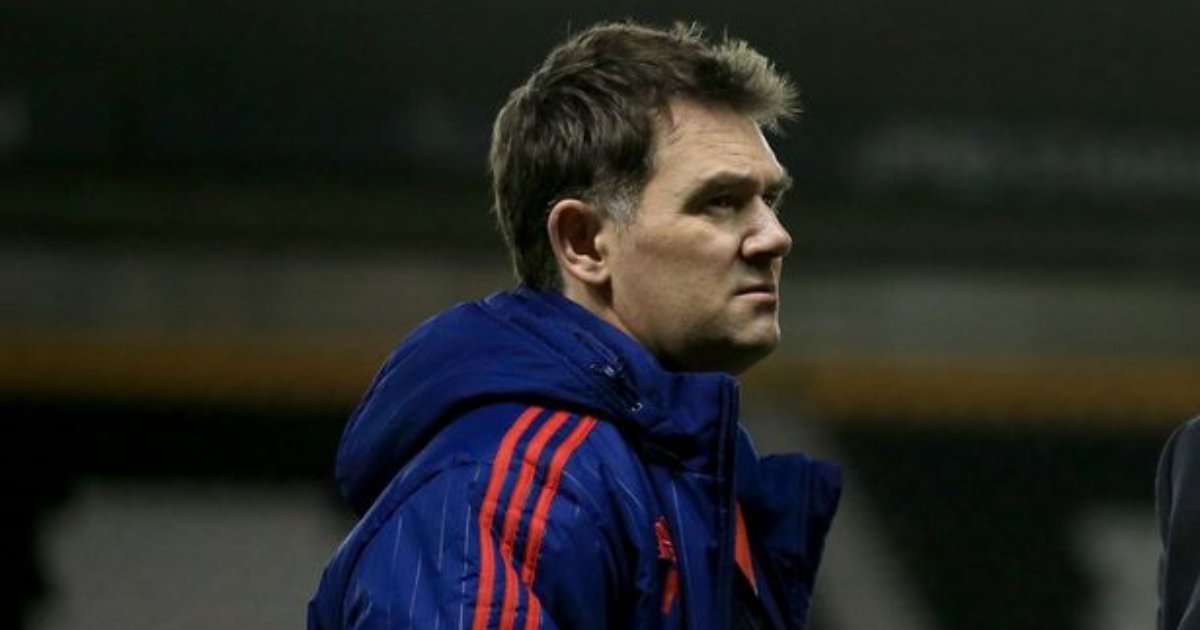 Naming a director of football took Manchester United over two years, during which time their appetite for such an appointment was quite reasonably questioned. But the Red Devils have finally concluded that two heads are better than one…

It was announced on Wednesday that John Murtough would become United’s first football director, with ‘overall leadership and responsibility for operations and strategy across all football functions’, while Darren Fletcher’s role at the club has been formalised as technical director. The former midfielder will ‘add technical input and direction into all football and performance areas… focusing on a co-ordinated and long-term approach to player and squad development, helping maintain the integral link between the Academy and the first team, aligned with Manchester United’s values and culture.’

The appointments were greeted with scepticism by some supporters, many of whom might have preferred an outsider or a bigger name with a high-profile track record – such as Monchi, Edwin van der Sar, Luis Campos, Ralph Rangnick or Paul Mitchell – to take on such an important role as the club bids to return to former glories.

We are pleased to announce the appointment of John Murtough as the club's new Football Director, and Darren Fletcher as Technical Director.#MUFC

To some of those sceptics, disillusioned by the way United has been run since Sir Alex Ferguson and David Gill walked away from Old Trafford in 2013, Murtough is guilty by association. The 48-year-old has been with United since the brief, dark days of David Moyes, with whom he worked at Everton. But his impressive work as head of football development has been undertaken mainly in the background, while Ed Woodward and the board have taken the heat for many of United’s more obvious failings.

Murtough has recently become a slightly more prominent figure, especially in the wake of Jose Mourinho’s departure. Mourinho was axed in December 2018 not only because the team stopped playing for him, but also due to his stance on the type of appointments United made this week. The Portuguese manager wanted more power, not less, which is what he evidently felt would be the result of being made to work alongside a director of football.

But away from the spotlight, Murtough has earned this opportunity. While United appeared in desperate need of a fresh voice and outside help when Mourinho was axed and the club stated their intention to create such a role, ‘more of the same’ no longer means what it did back at the end of 2018.

Since then, Murtough has helped the club make strides across ‘all football functions’. The most obvious barometer of success, first-team results, have improved, with United third last season and now well-placed to finish second this term – something serial-winner Mourinho felt was one his greatest achievements.

READ MORE: Everything you need to know about Man Utd’s inaugural football director

The academy is thriving once again, thanks in no small part to Murtough’s project management, and the size of that particular job should not be underestimated. The youth set-up went almost a year without a leader between Brian McClair’s departure in 2015 and Nicky Butt’s appointment. Prior to that, the academy had rested on its laurels. The country’s most famous finishing school was no longer even the best in Manchester.

Murtough, along with Butt and others, has played a major role in re-building United’s academy, with the production line now rolling again with Mason Greenwood, Brandon Williams and Shola Shoretire graduating to the first-team squad.

In creating a women’s team, Murtough had to start from scratch, without even nostalgia as a foundation to build upon. United were widely criticised prior to 2018 for their absence in the women’s game but their progress, from establishment as a Championship club to fighting at the top of the WSL, in under three years has been hugely impressive. While some of their neighbours have scaled back their investment and focus on women’s football, United have signalled their intent.

Of course, United are still a long way from being run as effectively as they could and should be. The obvious area for improvement is to be found in the club’s senior recruitment.

With Woodward, a former chartered accountant, seemingly taking it upon himself to lead that department, United were a shambles, no matter what was briefed and to whom – managers, agents, players – the blame was shifted.

But, though at times hamfistedly, some progress has been made, with the exit of Mourinho seemingly serving as a wake-up call to Woodward that he needed help. Or better still, to get out of the way altogether until there was a cheque to be signed.

The summer of 2019 offered encouragement that perhaps the club had got their recruitment act together, but last summer served to highlight how United remained susceptible to shambles. Five players were signed, with only one becoming a first-team regular. And he’ll be away at the next opportunity.

It wasn’t obvious who was to blame then – Woodward is the obvious fall guy – but at least now we, and the club, are clear over who is leading their recruitment ahead of a pivotal summer. Though it should it be emphasised that transfers, though the most scrutinised aspect of Murtough’s remit, are only a small part of it.

In stepping out of the shadows, Murtough will find himself in the crosshairs should any calamity continue, but the new-found clarity of responsibilities gives the new football director the mandate to lead his way, rather than battle to make himself heard over a cacophony of other, less qualified voices.  His prominence and lack of public profile means the pressure on Murtough has increased tenfold this week. But he deserves this chance to sink or swim in the spotlight.